This is going to be good for all the brexiters that want no deal. I predict all the remainers will regret wanting her gone.

I don't think many pro-Brexit peopl want a "no deal" scenario. However... and take this from the voice of experience with quite significant negotiations... one of the most power tools to take to the table, is to have the other party believe (it doesn't have to be true, they just need to believe that it is true) that you are able and willing to walk away from the deal. Once the other party know that you can't walk away, they lose any real incentive to find a common ground and they can then proceed to bend you over that negotiation table and rape you to death - and make you thank them afterwards.

Thanks to a bunch of thick-headed idiots in Parliament, we have lost the most useful negotiating tool. The EU was already taken by surprise by the Brexit vote outcome, they realised that they couldn't easily predict what happens next, they were off-balance and we were perfectly placed to push for a very effective deal.

I wish, I wish, I wish I could use the words on this site to describe my utter hatred and contempt for those numpties who were screaming from the rooftops to strip the "no deal" card from the Government.

Your argument sounds rapey. I trust europe will abort britian legally. It was their choice

Hopefully they can pick someone who won't sandbag and sabotage Brexit at every turn.

There are no words...

Talk about taking the hint???

She was like that dude you need to hoover around at the end of a party ffs. LoL

Ding dong, another Witch is almost dead, or at least, getting on her broom and the feck out of Oz.

“By Oppression's woes and pains! By your sons in servile chains! We will drain our dearest veins, But they shall be free! Lay the proud usurpers low! Tyrants fall in every foe! Liberty's in every blow! Let us do or die!”

Well she steps down on June the 7th.....Sorry for the amendment..The Beeb threw me...

Finally the lady has been pushed on to her sword and she's gone leaving the UK even more in turmoil about what must happen next. While she fought to the end it was on the cards early and her political career was over from thet point but now she's gone I have to ask :-

Which crooked expenses ripping off supportive self important waste of space will we get next...

Will they make any difference or will it just be the same party, same MP's who look after number one and milk the system while of course "not breaking any rules", shame there's no MORAL rules...

Will we be forced in to another referendum, and if that happens what do they do if its the same answer...

Another words, who cares who's a PM, they will crap on us all the same..


Wow, well.......your OP is depressing. Truly sorry to hear your prospects are so bleak. From a political standpoint, the situation in the US isnt much better. Voting is a joke when your choices are naught but clueless, lying, opportunistic clowns.

So here's the question. If the next referendum result is to "remain", will the EU allow that? 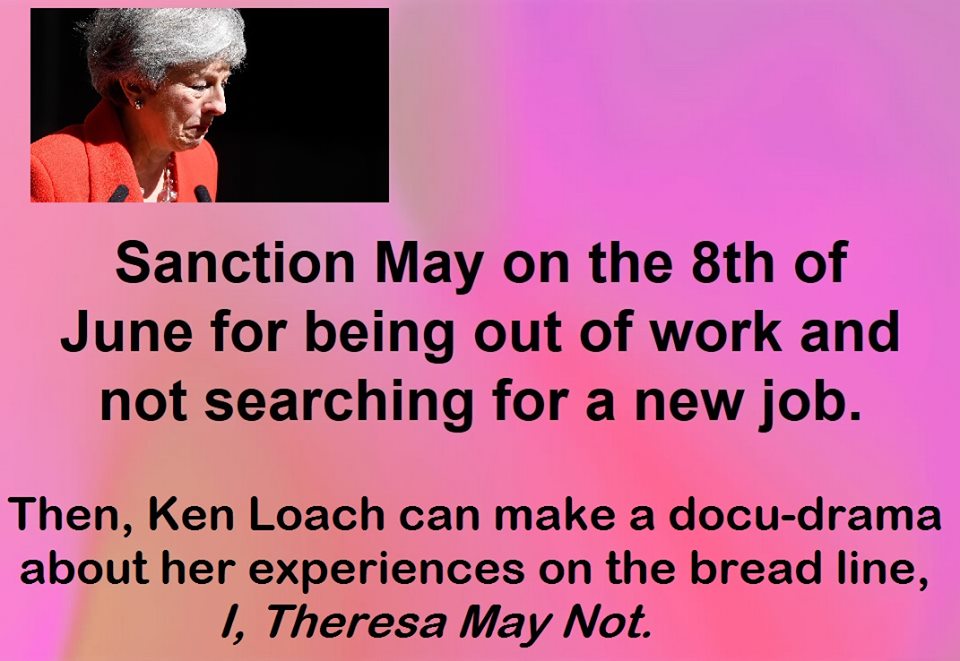 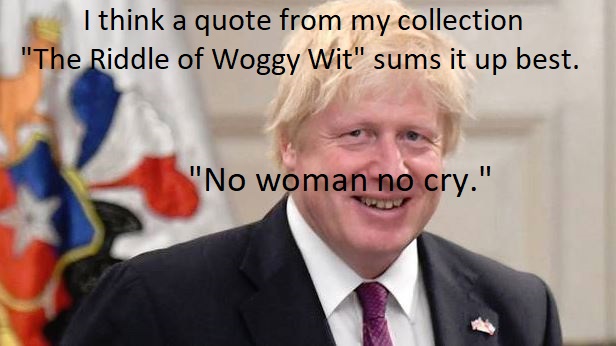 originally posted by: sapien82
a reply to: AgarthaSeed

well not exactly the EU vote we had in the UK on Thursday may prevent Brexit from actually happening if the UK votes in enough MEP's which are opposed to brexit it may not actually take place !

That's what I get from the grand illusion


Why? MEPs don't get a say in what Parliament does or doesn't agree and I can't imagine the EU negotiators will want anyone who wants Brexit to be part of their negotiating team.

About bloody time !
She's tenacious I'll give her that but that's all I will give her.

Don't slam the door on you way out Theresa.

I am not a Tory and do not like the Tory's or what they have done to our country but I have to say that I actually believe May to have been the best of a bad crowd and she was far from a saint in her attitude toward our nations poorest citizen's BUT almost anyone from the Tory/Conservative benches that comes in to take her place is likely to be worse, they shall know that unless they rig the next election that Labour or a coalition is almost definite to kick them out of power and that after the way they have run this country and turned it into a divided nation on the verge of breaking apart (blame - thankfully now defunct - NEW labour and the Blair/Brown years for Devolution and all those crooked corporate council bosses paying themselves millionaire salary from your council tax though so the Tory's are not alone in there crimes) leaving only Old England to be turned into a tax haven for themselves.

But Blame the Tory's for the homeless dying on our street's, the homeless whom have no address - allowing the Torys' to remove them from unemployment and indeed almost all other statistic's - after losing there homes due to Tory welfare SANCTION's, The rise in violent crime due to a mix of IDEOLOGICAL Austerity policy's making the poor even more poor and lack of police funding so no officers to tackle symptomatic problem of there action's.

Blame the Tory's for our lack of military hardware in the face of coming our of the EU, the need to police our fisheries once again against Spanish and French and Portuguese trawlers that will then rape our fish stock's since we will no longer be under the common fisheries protection.

Blame the Tory's for just about most thing's that have gone wrong - with a veritable nod of equal accusation against the scandal that was the Thatcherism inspired NEW Labour party of the Blairite years - which since Thatcher was of course a Tory leader proves how the Labour party had been undermined and taken over by closet Conservatives allowing them to play both sides of the card game.

Yes Corbyn may be a little TOO left wing, maybe he has some questionable opinion's on certain matters BUT at least he is genuine OLD center left Labour and has gotten Labour's founding principles back into the spine of the party.

And that said since that buffoon Clegg (Cameron's bat boy) is gone the Liberal's are also returning to there true form as the other main opposition party.

I do feel personally sorry for may, I do not believe for one moment that she is actually a bad person and as a person she may be the best of the lot of them but the Tory Party's ideological driven policy's have got to be stopped and while she is only a cog in the machine were that is concerned I doubt history will be sad to see her gone, we are likely though to have a far worse person in government than her until the next general election - and if they rig it as they may very well have when Milliband should have won then it is possible we may have that same bad person for a long time yet.

Do we really want an idiotic - but very cunning and actually under handed - Buffoon twerp like Johnson in that position, God help us all because it look's like no one else is going to.


Right, in the UK we had lot's and lot's of hedgerow's and our field's and layout of those fields often stemmed back to the medieval period so many of those hedgerow's were literally hundreds and hundreds of years of age and together than formed one of the largest natural resources for bird, insect and small mammal wildlife in Europe.
There were a vast number of adverse policy's that harmed British Agricultural practice in respect to wildlife and the natural environment, one was the enforced standardization of field size which meant that almost all of those ancient hedge row's were then destroyed to make the fields' comply with EU regulation's and were they survived they were often decimated by there isolation.

By the time the UK finally brought in protection for the humble hedgerow we had already lost the majority of them, this adversely affected such species as the British song thrush, the native hedge hog and the wild bee population as well as contributed to the extinction of several wild plant and berry species.

But instead of going on and on and on.

HOWEVER, many of those policy's were actually very good and helped to prevent certain chemical's which cause harm and are used in the US for example from being used here.

So while we should throw some of the bathwater out we should keep some of it and make certain that we don't throw the proverbial baby out with it as well.

(had to throw this edit together since no-one else has)

Got to love those Crocodile tears as well.

Canny cry for Grenfell but all tearyweery when her Job at stake.

I would say she needs one through the heart as well but finding it might be a task.

I think the emotion is totally selfish and comes from the fact that she is in the Gordon Brown camp of short term ineffective Prime Ministers , she had her shot and blew it.


My bet is it's black , shriveled and in her handbag.

Her statement has made my Bank Holiday even better , looking forward to the election results on Sunday.