House Democrats are calling on former deputy Attorney General Rod Rosenstein to testify before Congress about the Mueller probe. Intelligence Committee chairman Adam Schiff said his panel and the House Judiciary Committee want to hear from Rosenstein. Schiff specifically wants to question Rosenstein about a memo he wrote, which President Trump used to justify the firing of former FBI Director James Comey. Democrats have used Comey’s dismissal to build their case on obstruction of justice against the president.

This is what has become of the democratic party. A re-do of the Mueller fiasco, one person at a time. They seem to want Mueller himself to testify, and I hope he does, along with Rosenstine and whomever else they wish to question in hopes they get different answers this time.

See, the thing is, all this has been done. Rosenstine has already filed his reports, his accounts are on record. Mueller filed his report, it's on record. So about the only thing they could hope to gain from any of this, is a perjury trap for Rosenstine or Mueller. It's clear that they don't realize that once they call these people to be questioned, the republicans will also have a chance to ask a few questions. And with some of the hints of things to come, it can only get better.

In the interest of disclosure, full disclosure, I applaud this, and hope pencil neckAdam Schiff gets exactly what he wants. I have already begun compiling Obama videos of him being arrogant about things he was wrong about, and when it's proven that he knew about the coup attempt, his administration will be known as "worse than anything Nixon could have dreamed of".

I don't like seeing the country I live in torn apart, but in this case, it's long overdue, and some significant changes need to be made to ensure that this abuse of power NEVER happens again.

I wonder, does having these losers testify allow a rogue congressman to question any of the witnesses about the fisa warrants, Hillary, podesta, blumenthal, Weiner, Brenner, etc.? That might make it interesting. Lol

The Mueller investigation cut them off at the knees, so they are now grasping at straws.
They have no workable policies or ideas, just "Hate Trump ".
They are so far past pathetic I almost feel sorry for them.......almost.

It's the textbook definition of a fishing expedition.

It's being reported Trump is about to order Declas of all the Spygate material. Once that happens, several of these guys (Clapper, Comey, and Brennan just to start) will be in real legal jeopardy.
edit on 23-5-2019 by AndyFromMichigan because: (no reason given)

originally posted by: DAVID64
It's desperation.

I like the way you think. Turn their own witness against them.

originally posted by: AndyFromMichigan
Look at how they're now trying to subpoena any document that ever had the name "Trump" on it.

It's the textbook definition of a fishing expedition..

His little grandchildren no less. This is just downright
desperate and gangster tactics. 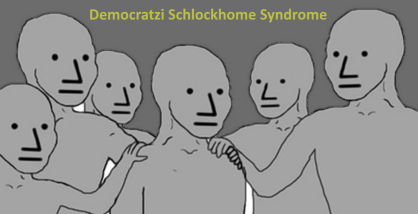 That is exactly what will happen. Dems will not do this cuz if you remember, RR was allegedly going to record himself to entrap the president and pull the 25th amendment card. He narrowly escaped being scrutinized over that so far.

Adam Schiff (@RepAdamSchiff) Tweeted:
While Trump stonewalls the public from learning the truth about his obstruction of justice,

Trump and Barr conspire to weaponize law enforcement and classified information against their political enemies.

The coverup has entered a new and dangerous phase.

This is un-American. twitter.com...


that is almost as bad as "anticipating a green light"


shifferbrains didn't think that through

Now Schiff is threatening the President, like Pelosi did yesterday.

yeah, that worked out so well for the Democrats, didn't it.

May is out in the UK, no more reason to not embarass her anymore.

Now we can find out about 5 eyes and UK spying on US citizens for the US intel services.

Fruit from a tainted tree, parallel investigations, so much fun.