House Speaker Nancy Pelosi told a left-leaning audience on Wednesday that President Trump may have committed “an impeachable offense,” ratcheting up her warnings to the White House even as she and her deputies try to tamp down calls from the rank-and-file to press forward on impeachment now. Pelosi, D-Calif., speaking at the Center for American Progress 2019 Ideas Conference in Washington, D.C., outlined a potential path to impeachment -- moments after a contentious meeting at the White House ended with Trump departing for the Rose Garden to publicly accuse Democrats of a presidential "takedown." “The fact is, in plain sight, in the public domain, this president is obstructing justice and he's engaged in a cover-up. And that could be an impeachable offense,” Pelosi told the audience, which broke out in applause.

She is trying sooper hard to appease the rabid far left (alt left) of her group who will stop at nothing short of impeachment. I think Trump would love for them to focus on this as they have seemingly gone full retard as of late. A failed impeachment would bolster Trump bigley, just as an actual impeachment did for Billy Clinton, when he lied about his hummer.

A question to the left leaning members here, is this really what's most important to you at this time? Economy is good, unemployment is good, we aren't in a new war just yet, so I suppose "orange man bad" is all you really have. From this side, it's kind of sad and funny. Like a clown who isn't good at being a clown. 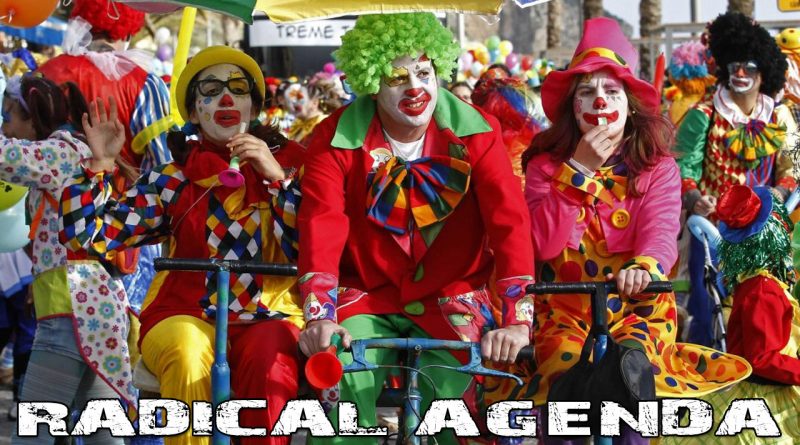 xuenchen
+13 more
posted on May, 22 2019 @ 03:55 PM
link
And she says this Hootenanny an hour before a big meeting with Trump and Schumer about Infrastructure legislation plans !! 😆

Then Trump cancels and walks away 😆

With all of the recent tornadoes in the midwest, she is in serious danger of having a house dropped on her...

There needs to be a cover-up of Nancy Pelosi's face.


Then she keeps going later at some "event"...

Sadly, I think you're pretty close to the truth.

So perhaps then we'll finally... Make American Great Again perhaps?
Also, there are an immeasurable number of "leftists" in elected positions. Center-right & highly capitalist democrats, sure, but not leftists by any measure. Hell, the general public is further to the left than the elected democrats.

This whole day was sad, hell beyond sad. So Nancy yells cover up to appease her children. I'm gonna stab you in the back kick you while your down but hey, can we work together and get things done. Thank you sir......may I have another.

Why is she still doing politics?

Surely now, with the election just around the corner the Democrats, Pelosi and that one with the melting face should realise that this is the time to step away from the Orange Man Bad rhetoric that they keep pushing and instead start presenting what they believe to be the best future for the US. Surely they cannot think that this constant "wah wah my toys fell out of my pram" type of political gaming isn't working anymore. This is the very thing that Trump wants them to do, he wants them to keep pushing their BS lies and trying to make out that he is some puppet of Putin or the great mind behind this grand conspiracy so that he wins simply because people are sick and tired of Democrats pushing this conspiracy lie.

Yes I'm aware that Democrats and logic are like oil and water but still C'mon if you want to beat him SHUT UP and start showing what you think is best for America. Personally I have no dog in this fight, I'm a Brit and we've got our own problems with the politicians messing up Brexit, in fighting, so called party members stabbing each other in the back etc. etc. but still c'mon although secretly I cannot wait for the debates Love American politics and Trump vs Hillary was brilliant.

Remember, they accuse you of what they are guilty of.

posted on May, 22 2019 @ 04:23 PM
link
Now, I’ve been against the Russiagate garbage from the start. I see it as massive lies and a power move by the deep state to force trump to expand hostilities against Russia when his goal was the opposite. And it’s largely succeeded.

However, that aside, it looks as though duetschebank is cooperating with investigations where they are rolling over on trump for possibly laundering hundreds of millions for shady oligarchs through his accounts with them, or that’s the general gist I picked up. And it seems more realistic to me than the russiagate garbage. I am actually interested to see how this will turn out, but I hate to see another bs media circus. And I’d hate even more to see pence in office, even for a short time.

Incorrect. Centre right Americans are the majority, it is the silent majority for a reason, because they are sick of being berated about nonsense by the highly vocal but tiny minority extreme left 'progressives.'

Democrats really must be panicking about Barr and the IG report.

How can a fake hoax document paid for by Ol dodgy translate to Trump overseeing a cover up?

I'll tell you how, it's a cover up if you think like, or are a retard.