Mate you are triggered so much by the story, you should ask yourself why is this story I believe to be bs making me sooo fking angry, and you say he has mental issues, well if you read what was wrote and the instant replys then you will realise Astr0 was highly intelligent, you couldn't tell that story made up or not. I believe in nothing, bit found his story highly entertaining and possible just like anything else is possible.
Now dry your eyes


the green rabbit is a reference to a high flying very fast platform that has a very distinct greenness to it. it does something funky where it has a persistent luminous green trail.

Holy crap, I saw it back in 2011/2012! One of the weirdest sightings I have had, was sitting in my hot tub(Las Vegas) looking at the sky when I see a green dot appear in the sky, very bright very green, then it formed a perfect green line in the sky that persisted for several seconds. Never knew what the hell that was, until now!


Unless you’re joshing me it’s probably a safer investment than our venture. I went into this assuming I’d never get a dime back. But it hasn’t been disproven, and I won’t lose hope unless or until it has been.

originally posted by: Hyperboles
most likely, it will be suppressed, if indeed it works
a reply to: Scapegrace

I don’t know; there would be so much money to be made. If it works, and that will require at least a few million bucks to prove (an experiment has been devised), the first gorilla to lend generous financial, legal and possibly, political, support would become the most powerful company in history.

However, the technology would be unbelievably disruptive and many industries and companies would become the equivalent of buggy whip makers when the Model T was mass produced. For example, why would a power grid be needed when every product running on electricity has a factory-installed power source that lasts for years, and can be easily and cheaply refueled? What would happen to all the people who earn a living by maintaining power grids?

No manufacturer of physical products could completely ignore this technology and remain competitive. They would have to embrace it wholeheartedly to survive, either by incorporating it into their products or using it to produce their products.

Imagine a power source that uses no toxic, rare or radioactive materials; that is incredibly “dense,” as in compact and very powerful; and can generate electricity for years, depending only on the amount of fuel it’s supplied with. One of the most likely fuels at the moment is vanadium, but it’s far from being the only one.

Like almost every great invention there would be negative effects. For example, agriculture makes it possible to support large numbers of people, with terrible consequences for the environment and other species. The scientific method made nuclear weapons possible. Antibiotics are misused and cause the rapid evolution of drug-resistant diseases.

In all likelihood our venture will end when someone, possibly even the inventor, finds a fatal flaw in the theory. That’s how these things usually turn out, I mean look at all the projects working on fusion power — how many of them are likely to succeed? Meanwhile, I’ll continue sinking my money into it and hoping it works. 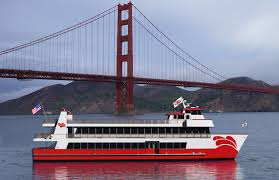 I'm not saying Astr0 wasn't highly intelligent, when I first read his posts as soon as he posted them, it lead me on the path to joining ATS, I absolutely LOVED his story. I wish it were true. But the only true stories on ATS are almost instantly trash binned or frozen.

Like the guy who said he was railroaded by the military to Antarctica... He had a legitimate story that nobody followed through with and his thread instantly locked even though he was looking for guidance and support from the community.

So PLEASE... give your head a shake and realize who the real controllers are. I'm not triggered by Astr0, I hope to god that there's a breakaway civilization that will survive outside of humanity, that can be truely good like star trek or the Orville.

AND if Astr0 is real and is listening, COME PICK ME UP AND LETS GO DRINK AT THE CASBAR.

In all the years that I've been on staff, there has rever once been a thread that was closed or trashed because it was the truth. I'm not going into detail about why any thread was removed, but being the truth is never a reason.

posted on May, 24 2019 @ 01:08 AM
link
a reply to: Zaphod58
The way your rules are written, you could find an excuse to censor almost any thread. Take half of mine for instance.

Believe whatever you want, but threads are not closed arbitrarily, nor are there reasons found to close them. And that's the last I'll say on it.

posted on May, 24 2019 @ 02:17 AM
link
Good luck to you mate. Japan as a country admits that they suppress disruptive technology.
a reply to: Scapegrace

posted on May, 24 2019 @ 02:38 AM
link
Whilst I respect Zaphod and his interactions and experience with astr0 I personally found astr0 became more and more absurd as time passed.

His initial posts were quite different from his later posts, initially he was asking fairly 'amateur' questions on basic technology which eventually led to him leaving earth on a space craft that harvests dreams.

Im sure he either reads these threads on his legacy or even starts them from time to time.

Good value and I have no idea how he knew X aircraft would be flying when but that doesn't make RKs and breakaway civilizations facts or believable, he is a modern day less famous version of that creepy looking bloke who thinks he saw anti gravity spaceships at Area 51.

Credibility only goes so far. I have absolute faith in what I was told with regards to conventional technology. I'm not a believer in the whole breakaway civilization.

Fair play mate, but I agree with another poster, usually I would have got part through the OP and would have ditched it but his writing compelled me to read more and I was genuinely captivated by the story. I now get why you were angry because you're right stories with real substance get ignored too often, I know this but this may be to do with how the masses are conditioned to fight against the things that don't fit into their conditioned boxes...
This is why to keep an open mind we must never reject fully any story no matter how wild, we have to leave room for anything being true and yet believe nothing to be true, and trust our guts.

originally posted by: Irikash
a reply to: Scapegrace

No, sir, we have nothing to do with that.

I’m not a scientist and would sound even more foolish if I tried to explain our technology. According to the inventor it’s entirely explainable with mainstream chemistry and physics, but you’d need a doctorate to grasp it and even then it wouldn’t be easy. He said even if he told a scientist exactly what to study it might take years to fully comprehend.

Fortunately, a HIGHLY credible physicist with a lot of clout has seen my friend’s work and expressed interest. We hope to get funding and support to use a DOE national lab for an experiment. One of our partners, an electrical engineer, has attempted several experiments to prove the theory, but the nanoscale dimensions required by the technology and our limited financial resources foiled him. Also, the inventor thinks it’s too dangerous without the resources of a well-funded, world-class lab.

send ,e the cash ny the end of the day via western union