Are you looking for a cool gift

posted on May, 20 2019 @ 09:57 PM
link
I am glad you like them. I love chocolate and oranges, but the flavor combination isn't for me. Most people who like chocolate covered fruit are sure to love them. 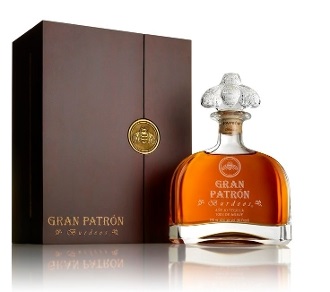 THAT is a gift.

Orange-flavored chocolate is an insult.

Or get better friends.

They've been around for ages, yes. I remember getting them as a stocking stuffer for Christmas from my parents. And at my paternal grandparents' house in the stocking there. And in the Christmas box of gifts my maternal grandmother used to send down ever year.

I grew to loathe chocolate oranges, so did my brothers. They did come in handy as choco-currency in school, though, they "bought" all kinds of a la carte premo goodies in the cafeteria from other kids. "Hey, Sally? You really want that can of Coca-Cola? I'll trade you some of this chocolate orange for it." As I recall, the standing trade amounts back then were 4 peices of choco orange got a can of soda, 5 got a piece of real pizza (school used to order from Hungry Howie's for a la cart pizza) and if you brown-nosed the right teacher, half an orange (about 10 pieces) got you a cup of stout coffee.

Thinking back on the coffee "price", some of those damn teachers made out like fat rats at a buffet.


I'm looking for something for a very special lady. Any suggestions?

I've heard about (and seen) chocolate oranges but I've never actually broken down and bought one.

originally posted by: dfnj2015
Someone gave me one of these for Christmas. I just got around to eating it. What a really cool gift:


LOL in virtually every Stuckey's in Florida since the 70's LOL probably now the same ones being sold online, heard chenille is making a comeback too

I love those! Haven't had one in quite some time. Now I want one.

posted on May, 21 2019 @ 05:19 AM
link
They have tried to sell US chocolate in Australia but it has always failed, just to sweet and not chocolate.
Guess the British chocolate was the staple.
I grew up on wagon wheels, mmm wagon wheels

originally posted by: xuenchen
Crunchy and Tasty at the same time

As a staunch Republican sycophant do you even give gifts to people? I thought giving gifts would be too liberal for you.

I always thought the orange flavored ones were pretty nasty.
But the mint ones are great.

I think I've seen raspberry but never tried that one.

posted on May, 21 2019 @ 08:14 AM
link
a reply to: dfnj2015
On an interesting "different use of language" point;
These have always been sold in the UK as "Chocolate orange".
Presumably the marketing department has determined that the American mind can't cope with the image of "an orange made out of chocolate", so they decided to add the redundant word "ball" and relegate "orange" from noun status to adjective.

originally posted by: Raggedyman
They have tried to sell US chocolate in Australia but it has always failed, just to sweet and not chocolate.
Guess the British chocolate was the staple.


Hilarious you mention that! I'm not that fond of our chocolate for exactly that reason -- it's too sweet, and the chocolate taste is subdued. I don't know about today, but back in the 90's, I came to understand it was sort of a novelty for foreigners.

When I was a tween/teen, penpals were a MAJOR hobby for me, and American Hershey's was gift trading gold for some reason (like I said, a novelty item, I guess) I sent a bar to my Ghanaian penpal and got an Angelique Kidjo album on cassette in return (still have it! Good music!)
My penpal in Finland asked if I'd be willing to send her one, and wanted to know if I wanted anything specific in return. I couldn't think of anything, so I simply asked her to surprise me (didn't exactly have much in the way of readily available international sweets over here in the 90's, Ferrero Rocher was about as exotically international as it got)

I sent off the bar a few letters later, and a week and a half later, the girl sent me a 200 gram bar of Fazer! If I remember my metric conversion right, I sent her something like 40 grams worth of a Hershey bar, and got a hell of a lot of a MUCH better chocolate in return. Even my mother's jaw hit the floor when I opened the package, "What did you send her to get THIS?!" "A Hershey bar." "WHAT?"
I made that big-ass bar last 6 months, and believe me, for someone who doesn't really like chocolate in general much, that was some serous self control on my part.

It's not easy to find in stores over here, but it can be found once in a while (World Market is a jackpot, if anyone is near one, for foreign candy snacks -- sometimes they stock Fazer) It does taste a little sweeter to me now than when I was a teen, but I'm not sure if they changed the recipe or if my sense of taste changed with age.
edit on 5/21/2019 by Nyiah because: (no reason given)