Do healthy democracies need a wide range of people, i tend to agree, but racists?

Naw mate they are simply counterproductive, to be honest.

And there is plenty of evidence to suggest Farage harbors some pretty racist tendencies.

Take the fact that he has openly said he feels uncomfortable whilst traveling around people speaking in a language he fails to comprehend.

Farage we can live without.

McDonald's also had a point, but like you said the dude was rather blatant.

I think everyone but Farage and the security guard seen it coming.

The cow that spat out the Milk that morning was probably in on the act ffs.

It was rather entertaining.


Lucky it was not a bottle of Newcastle Brown Ale i suppose.


If it was he would have caught it in his teeth and downed the lot in one gulp.

Nigel Farage to be examined over £450,000 payment from Arron Banks

Nigel Farage said he did not declare the £450,000 sum to the European Parliament because he was about to leave politics and had been seeking a new life in the US. 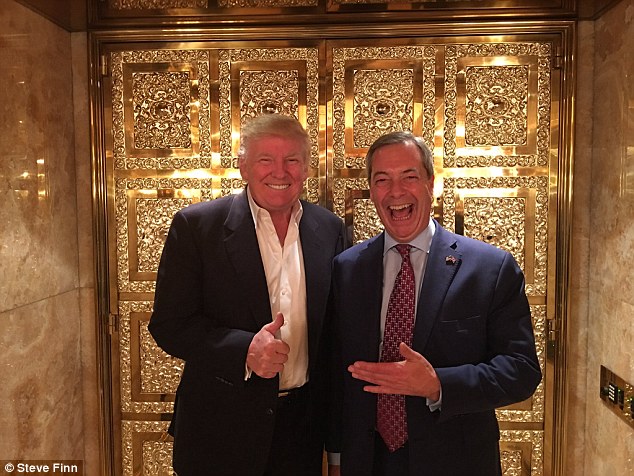 I posted it moments to early on previous page, or did I just know a leopard does not change its spots

Mr Farage confirmed that he was not talking to Channel 4 News, describing them as "political activists", and said he would not allow the broadcaster to attend Brexit Party events.

However, Mr Farage dismissed that attack as a "smear" and suggested there might be collusion

, Donny taught him some new words, how sweet

Under the rules governing donations to political parties, amounts below £500 do not have to be declared. An official donation of £500 or more must be given by a "permissible donor", who should either be somebody listed on the UK electoral roll or a business registered at Companies House and operating in the UK.

Hey give him a chance it may well be the EU giving him undeserved stress, but as he has done so before, maybe he thought he could get away with it this time

So anyone else spoiling there ballot completly as they are ALL crooks, from the Conservatives, to Labour to UKIP/BREXIT Party, and the also rans (sorry lib dems you just never say anything relevant)

EDIT
1 way to look at this is, Nige knew the investigation was upcoming as he knew the rules, thus his return to politics with the Brexit party *might be his way of keeping that other £449,500

*(to free all of us from the corruption of the current MPs, how ironic)

Like I always said dont vote for a crook
edit on 21-5-2019 by UpIsNowDown because: final thoughts - jerry springer

Then i recommend "Britain's Got Talent" for Nigel instead of politics.

originally posted by: andy06shake
Do healthy democracies need a wide range of people, i tend to agree, but racists?

I assume you are referring to Farage. I am not a fan of Farage, but I challenge you to find anything he has said or done that is racist. He's also not right wing, which some people ignorantly label him; he's a libertarian.
edit on 21/5/2019 by paraphi because: typo

He does not like immigrants much, blames them from for everything from the rise in violent crime to congestion ffs.

He apparently feels ""uncomfortable"" traveling on trains whilst passengers of other nationalities/creed simply converse in there own language.

This is the same person who allegedly used to sing "gas em' all" at secondary school and boasted that his initials were N.F. (National Front) according to several of his school teachers.

Not because I have any particular liking for Farage - he's a one-trick pony, a frustrated Tory and a crook.
But I have nothing but contempt for both The Labour Party and The Conservative Party at present and I wish to express my disgust at their continued efforts to both derail and dilute Brexit.

A spoiled ballot paper achieves nothing.

Unless things change dramatically in the near future I can't imagine me voting for anyone other than an independent candidate in the next General Election. 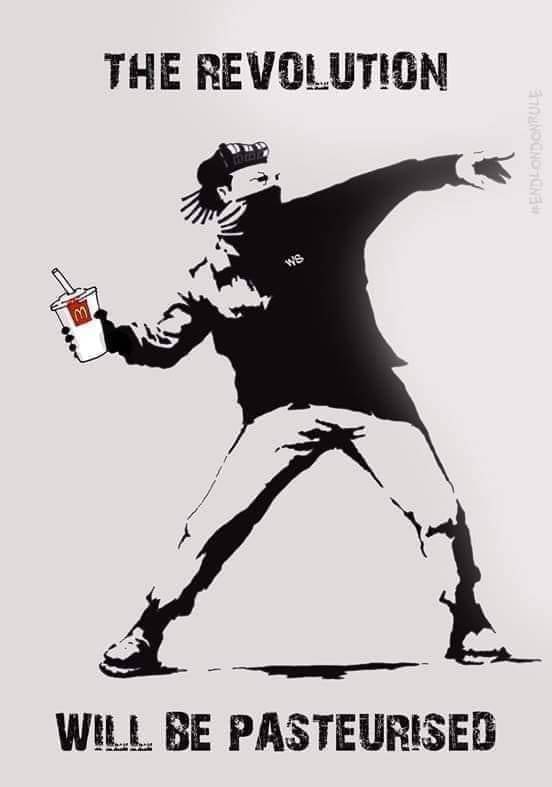 I like that.
Only trouble is, the bloke throwing the shake is fighting for the status quo and against the revolution.

originally posted by: Freeborn
a reply to: UpIsNowDown


A spoiled ballot paper achieves nothing.


I totally agree mate, but as I voted to leave the EU I see no point in voting anyway, never has such a ballot been more pointless in my eyes. I also never wish to endorse crooked politicians, otherwise the next gen will be just the same, not judging you based on Farage as i understand the point you make by voting for his party, I never judge a person by the politician they vote cause none of them represent the people I know, its more like best of a bad bunch..... its always been that way.

If we are playing spot the difference, i suppose its also the wrong type/brand of shake.

Need more than Milkshakes to tackle the real bastards responsible for our current predicament.

Thing is the revolution will most lightly never bloody happen.
edit on 21-5-2019 by andy06shake because: (no reason given)

If we never managed a revolution in the 20s and 30s it seems like we might not ever manage.
We are more connected than ever before though, so who knows?

I canny see the millennials being up to the task at hand to be honest.

Give the future generations a few decades of this continued forced austerity, draconian control, and authoritarianism in spades, and that lot might be ready to topple the bastards from there Ivory towers.

That's if they can still stand, which could be debatable.

As to connected more than ever before which is quite frankly why a cannot fathom this whole Brexit notion in the first place.

Really ? How Many Non Native Born Englishmen Dwell on your Island Today ? You Europeans NEVER Learn a Damn Thing about the Dangers of Subversive Propaganda Inciting the People to Except a Crap Sandwich Decade after Decade and Enjoy Eating It . Guess Personal Freedoms are not on your Top Ten Wish List ..............

We conquered half the world ffs.

Do you imagine we we're not going to breed nor allow the people we subjugated to grace our shore with there presence?

Tell me this how many native Americans now dwell on your continent since we arrived?

Where did their personal freedom depart to?

Because it's not 50 million anymore that's for sure, more like 5.5 million or around 1.6% of the total U.S. population.

The point is we are all Jock Tamson's Bairns, all people, more similar than different. In this day of age, why the hell should it matter where we came from nor where we were born as long as we pay taxes and share our commonality?

We should be embracing diversity, not shunning it not fearing anyone of a different color or creed. Nor should we be blaming them for any and all woes we face neither.


" Tell me this how many native Americans now dwell on your continent since we arrived?

Where did their personal freedom depart to? "

Ah yes, I see where the problem is. If you think people who object to unlimited immigration are racist, then you should be accusing the majority of the in Britain. Most rationale people appreciate that unlimited immigration is divisive and detrimental to society, not least in depressing pay for the working class and putting pressure on public services et al.

I am sure some of what you cite is urban myth that has been perpetuated by people who want to self-reinforce their view that Farage is a racist, such as his alleged links with the NF.


Well, I didn't mean we felt a connection to our fellow humans, more that if you have an opinion of a certain idea, its far easier to connect with other like minds than it was.
It's also easier to find out stuff than it used to be.
None of us have to rely on the newspeak of the press barons and the rest of the MSM anymore.

Back in the day, you could photocopy about a hundred flyers and hand them out at gigs so maybe you would reach about 150 people and you were done.
Now you can go from zero to millions with a few clicks of a mouse and some decent content.


originally posted by: andy06shake
Do healthy democracies need a wide range of people, i tend to agree, but racists?

I assume you are referring to Farage. I am not a fan of Farage, but I challenge you to find anything he has said or done that is racist. He's also not right wing, which some people ignorantly label him; he's a libertarian.

He wouldn't want to live next door to Romanians, he posed in front of a totally misleading picture of a large group of people that were implied to be immigrants waiting to come into the UK. He talked about how the EU was days away from allowing Turkey to join and the threat that would mean by further immigration from Turkey.

Not quite sure how you define 'racist' but if I look it up in the dictionary it says 'racist': see 'Farage'.