The volcano erupted for about five weeks. I meant the same amount of time for the cars. Its not really fair to compare a 5 week incident with a year-long statistic, now is it?

And I said one major eruption, not one like Hawaii had.

Some on this Thread , I'm Not Sayin' WHO , Need to Take a " Reality Pill " Already then Slowly Digest the Crap Entering their Impressionable Minds BEFORE FAITHFULLY Actually BELIEVING that Crap ......Just Sayin' .............

posted on May, 20 2019 @ 08:54 PM
link
Flat Earthers and AGW deniers are so much alike it simply isn't worth trying to debate them. Anything you show them as evidence they will simply deny, claim it is fake and part of some global conspiracy.

When EVERY EFFIN' Thing in a Persons Life is a EFFIN' LIE , How would They EVER Be Able to Distinguish a TRUTH From a LIE ? Developing a Mental Discipline and Using the Gifts Nature gave Us , " A BRAIN " , is the Obvious Answer ............
edit on 20-5-2019 by Zanti Misfit because: (no reason given)

The price of inaction is far greater than the cost of making a mistake.

If that is true than proponents should have no difficulty presenting a comprehensive and straightforward cost benefit analysis and expected ROI. Along with these; their should be no difficulty creating actionable metrics to demonstrate in short and long term that actions taken are having the desired effect.

In eather case; if we are going to divorce this issue from real financial analysis and instead rely on more simple calls to emotion ... "The price of inaction is far greater than the cost of making a mistake" ... then the serious proponents need to instead lead by example. When I see the powerful and elite start down grading their lives I may consider doing the same.

With respect to following blindly, check a mirror - gullible you /leftists are swallowing this pseudo-science doom-cult, filled to the brim with "adjusted" or outright falsified data as McIntyre has demonstrated in debunking Mann's falsified hockey stick curve.

You clearly have neither the knowledge nor the ability to realize you are being conned -this is pushed by a sex abuser that falsely claimed to have invented the Internet ( Gore) and a toilet-cleaning cocktail waitress ( AOC) - ZERO credibility.
Just try to think 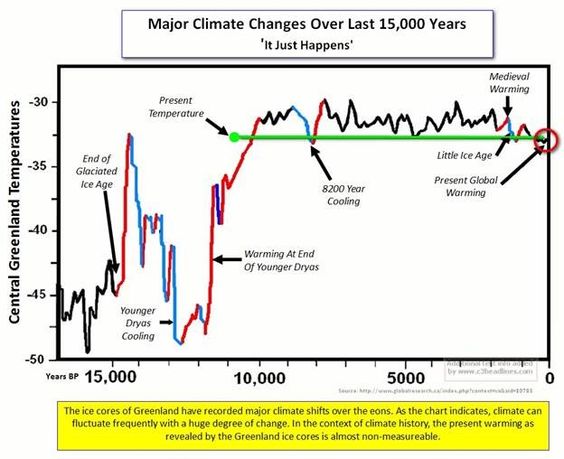 There's a big difference between Flat Earthers and AGW deniers.

As Flat Earthers fall off the edge of the Earth, they cheer, "We told you so!"

In about 5 or 6 years, the AGW deniers will be cursing and shaking their fists at the sky "Damn it, why didn't anybody tell us?!?!"

It would be hard for me to say that I'll be gloating "I told you so" because I'll be homeless for sure by then.

Thank gentrification. In a couple of months my lease runs out. Prices on rent and home ownership are increasing a lot. Rich people who work in the top money jobs in the city are flocking into my area within commuter range. They have the money to buy and rent at higher prices. Therefore prices rise. The less rich get shouldered out.

Take that current gentrification, then consider what will happen when owners of prime beech front properties are forced to relocate with all their money, buying up more property at much higher prices. Yeah, homeless people don't tend to gloat much

But... But... BUT! There is just NO WAY a TRACE material (plastic) can have the claimed effect when there are more powerful things in the water (ex: water), which are 100s of time more common in our oceans.
Or something.

Thanks for the old school link as well.


15% of global CO2 emissions are attributed to the transport sector

We can skip that part for now and nail down the MICes, heavy industry and shipping first. It pales in comparison.

It was millions of years ago that we had the CO2 concentration we have now, and the main sea levels were 30m above our heads. Go and figure?

I couldn't care less about hickups in your little timeframe. Look into the last 800K years of ice core data and tell me what you found.

Kinda funny how you follow ExxonMobiles PR idiots blindly here. Or was it a former coal giant paying the bills? Who knows!


In eather case; if we are going to divorce this issue from real financial analysis and instead rely on more simple calls to emotion ... "The price of inaction is far greater than the cost of making a mistake" ... then the serious proponents need to instead lead by example. When I see the powerful and elite start down grading their lives I may consider doing the same.

Sounds like a great excuse to remain inactive, I'll give you that. You guys probably deserve to go down like the self-serving idiots you are, with a few core-meltdowns from all the nuclear reactors sitting at our shorelines and rivers.

From your militant perspective I can see how it looks that way.

From mine it is a pragmatic approach. There is very little I can do as an individual that I don't do already. Long before climate change was a political weapon I have lived a life that attempts to reduce my use of resources and clean up where I can. I do it to save money on my personal expenses and because it's the right thing to do, global warming or no global warming. See trash where it doesn't belong pick it up; don't leave the electricity on when it's not being used; buy ever more fuel efficient cars; recycle and reuse when possible and ext.

If the leaders of the world (which include all those scientists everyone talks about) want to convince me we are all doomed unless we take even more drastic measures, spend gobs of money, change the way we fundamentally live our lives; they ether have to provide the financial back up and 1, 5 and 10 year actionable metrics so I can effectively judge their progress or they have to bring about that change by leading by example. There really isn't any other way about it.

You guys probably deserve to go down like the self-serving idiots you are, with a few core-meltdowns from all the nuclear reactors sitting at our shorelines and rivers.

If your goal is to shame people into following your desired approach; I'd argue that you will ultimately fail... that you may have failed already.

If you are going to negate the importance of the leadership and elite in the grand scheme than you will instead have to convince those who would not normally listen to you on the subject to follow your vision one person at a time. Wishing they would die of radiation poisoning is going to push them farther away from your position not bring them closer.

I know it's easy to get angrier with people who have a different perspective than you do; but according to you this issue is too important to allow your self the luxury of making your self feel better at the expense of others.

originally posted by: Jubei42
a reply to: Vroomfondel

Comparing a years worth of emissions from one source to a single event from another isn't fair.

It was not an afterthought. Reading comprehension is your friend.

That should have been clear but some people need extra emphasis to make simple observations. So here ya go...

posted on May, 21 2019 @ 10:53 AM
link
The climate is always changing. It is supremely arrogant of man to assert he had the biggest effect on it or that he is able to change it.

There have been many times throughout history that co2 levels have been much higher than they are today and mankind had absolutely nothing to do with it. In the history of this Earth mankind is nothing more than a popcorn fart in a stiff breeze. Yes, we have done remarkable damage in a very short time. That we can be proud of. But still, in the bigger picture of Earth, we are very very small. Stupid for how we treat our planet. But small.

Hmm I went to that link about Co2 emissions and found a glaring error it claims 8887 grams of Co2 per gallon burned, which is quite odd considering there are only 3754 grams IN a gallon of gas, so can you explain how you are getting twice as much?

Gas engines are not 100% efficient either so explain how you get twice as much out of what you put in??

THIS IS WHY AGW IS RIDICULED!!

ETA: even with the mix of air it would not double.
edit on 21-5-2019 by thedigirati because: (no reason given)

It isn't an error it is chemistry. You don't understand it so instead of using that wonderful computer in front of you to look it up and learn something you proclaim it is false. There are plenty of easy to find articles on the subject.

This is why I say flat earthers and AGW denialists are the same.
edit on 21-5-2019 by Grimpachi because: (no reason given) 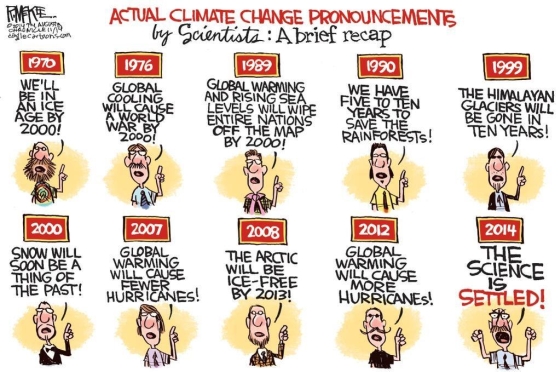