posted on May, 19 2019 @ 05:48 PM
link
Desperation on overload now that Democrats in the House have "supposedly" asked xCIA Director John Brennan to "privately" discuss the Iran situation as a response to the apparent Trump response to renewed tensions with Iran in the Middle East.

This meeting is all "according to sources" 😆 and may not even be real.

If true, and IF Brennan has any current intel, it would be another useless escapade by jealous and desperate Democrats.

Bet this is just another attempt by Democrats to sway away from the imminent IG Report )due for public release very soon), along with imminent releases of many other classified documents.

House Democrats will hear from former CIA director John Brennan about the situation in Iran, inviting him to speak next week amid heightened concerns over the Trump administration’s sudden moves in the region.

Brennan, an outspoken critic of President Donald Trump, is scheduled to talk to House Democrats at a private weekly caucus meeting Tuesday, according to a Democratic aide and another person familiar with the private meeting. Both were granted anonymity to discuss the meeting.

The invitation to Brennan and Wendy Sherman, the former State Department official and top negotiator of the Iran nuclear deal, offers counterprogramming to the Trump administration’s closed-door briefing for lawmakers also planned for Tuesday on Capitol Hill. Democratic lawmakers are likely to attend both sessions.

"Democrats all *hopped* up"

At the meeting they are also going to give Brennan his new security clearance to view the Democratic Party bible.
10,000 blank pages.

I’d imagine this meeting might take place in that deep underground bunker as the allies close in and every shell lands closer and closer and... poof

Oops I got carried away

This is actually kinda funny, Brennan had his security clearance pulled last year lol. They must be really desperate and I think it has nothing to do with Iran and everything to do with trump. The dems are running scared and need some good ole Cia know how to obfuscate charges, run and/or hide.

posted on May, 19 2019 @ 06:38 PM
link
I am eagerly anticipating the Dept of Justice showing Democrats and MSM how absolutely powerless they are.

Every American will then understand WHY they were so crazy.

lol, wrong thread my friend...fyi he is/was a mob assasin

House Democrats declare Trump is a dictator and oversteps his bounds.

Then decides to make up their own government with Nadler having complete oversight over America.

Then decides to be the Executive branch too and tap a crook with no security clearance to help them plan war.

It's clown car world with everyone on fire with a sharknado going.

A race to political extinction.


It had something to do with birds.


He was part of the zer0Bama Mob 😎


Where did this rocket come from?

A security source has told the BBC that a Katyusha rocket landed in an abandoned building belonging to a security company in Baghdad's Green Zone. It is close to the US embassy. The source said it is understood the rocket was fired into the Green Zone from eastern Baghdad. 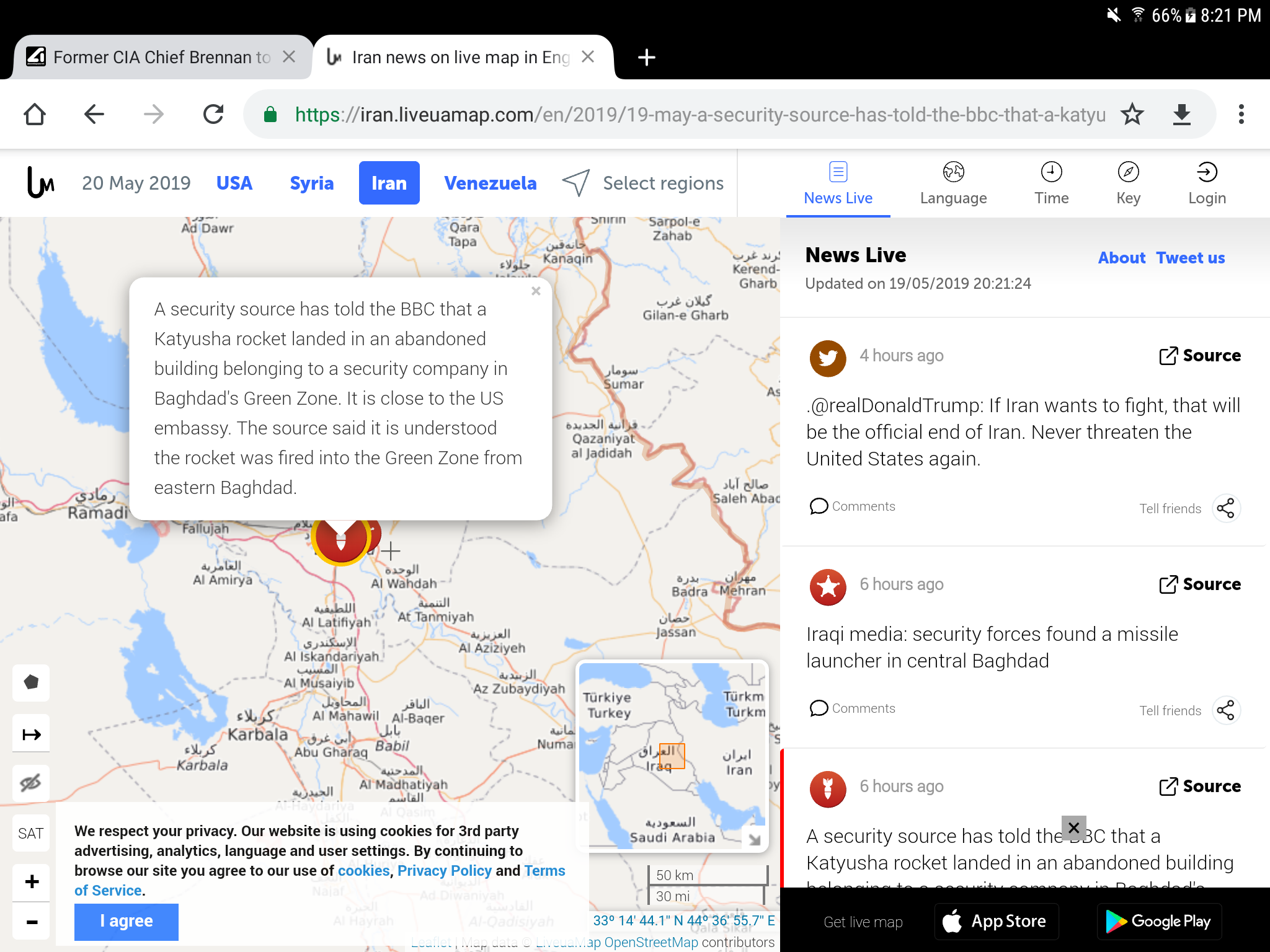 The Katyusha multiple rocket launcher (Russian: Катю́ша, IPA: [kɐˈtʲuʂə] (listen)) is a type of rocket artillery first built and fielded by the Soviet Union in World War II. Multiple rocket launchers such as these deliver explosives to a target area more quickly than conventional artillery, but with lower accuracy and requiring a longer time to reload. They are fragile compared to artillery guns, but are inexpensive, easy to produce, and usable on any chassis. The Katyushas of World War II, the first self-propelled artillery mass-produced by the Soviet Union,[1] were usually mounted on ordinary trucks. This mobility gave the Katyusha, and other self-propelled artillery, another advantage: being able to deliver a large blow all at once, and then move before being located and attacked with counter-battery fire.

originally posted by: madmac5150
Maybe that is where they all plan to flee, when indictments start flying.

That's a good point! Brennan and Kerry may have worked something out. But if they flee to Iran, we already have our powder primed to strike. All that's needed is for Iran to (as Trump said today) "Threaten us again and we'll wipe Iran from the map."

The deep-state flees to Iran, we say the Eye-A-Tollah threatened us, and BOOM...

posted on May, 19 2019 @ 07:53 PM
link
I must admit this does not make any logical sense. How would Brennan and Sherman have any actual knowledge on current events with Iran? Wouldn't it be more insightful to question Gina Haspel the current acting CIA chief since 2018?

They helped Obama bypass Congress to send $150 Billion to Iran. The leadership there owes a favor to the entire top echelon.

IDK, seems more like life imitating art to me...

A Salvador Dali piece with melting clocks and giraffes on fire, but art nonetheless.

originally posted by: CynConcepts
I must admit this does not make any logical sense. How would Brennan and Sherman have any actual knowledge on current events with Iran? Wouldn't it be more insightful to question Gina Haspel the current acting CIA chief since 2018?

They Don't (for all practical purposes) 😎

This is a Red Herring 🐡