Trump is of course not as bad as a Hitler…only because our country is a great country with too many good people who see a hypercritical, evil, ignoramus like Trump for what he is.

Those who support Trump...

Give power to the beast

originally posted by: LDragonFire
4. Few members of Congress have read the report.-Amash

Well that is true, and most of the ones pushing impeachment the hardest are the ones who haven't read it at all.
edit on 18-5-2019 by ketsuko because: (no reason given)

Progress towards what exactly? I hear this all the time but to be progress there has to be a direction? Nobody ever states a end game or an actual way to get there, what is progress, towards what?

Guess who else dehumanized an entire group of people?

I'm going to guess the irony is lost on you.

posted on May, 18 2019 @ 09:41 PM
link
Trump will be on the 2020 ticket and face some Socialist that survives the Dem primary purge. Dems lost the war on Trump. They drew first blood in getting the SC but lost the war with the Mueller nuke.

I have a feeling RBG won't decide to retire until after the 2020 election. I'm not sure who else would be considering retirement, but I do think Trump will get another appointment.

Member liveandlearn has discovered a VERY possible "Reason" for this odd behavior by Congressman Amash.


(from another ATS Thread)

This may be a reason for his animosity against Potus 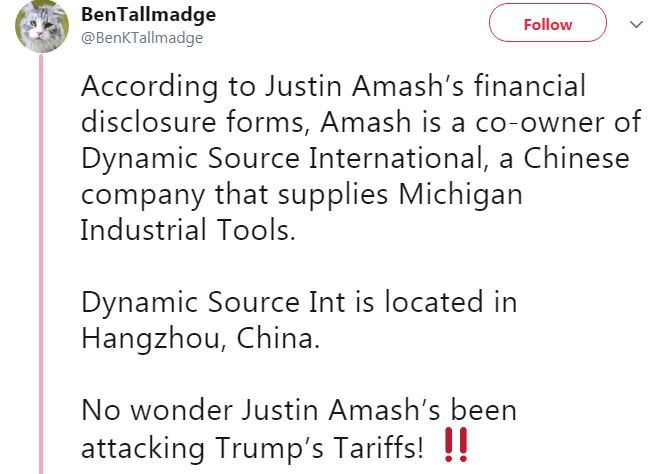 The above is within the twitter thread by Brian Cates

It appears China has been financing multiple people within our government.

edit. It seems the company may be partially owned by his brother.

But original point of edit is...these people are stupid. If he had kept his mouth shut it is likely no one would have investigated.

Makes you wonder how many others we have failed to investigate.

Every time you post your deranged rhetoric, I will pull these out. 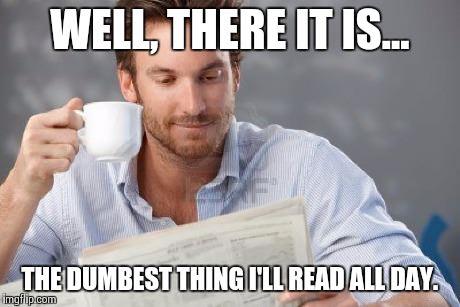 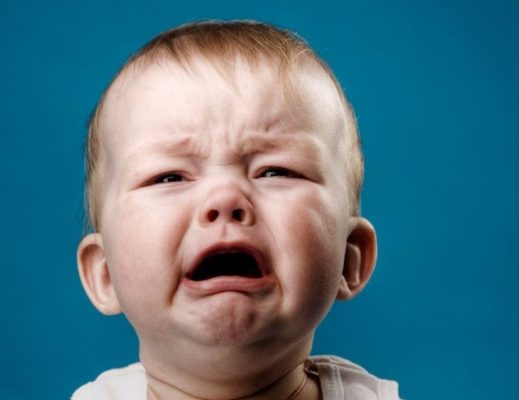 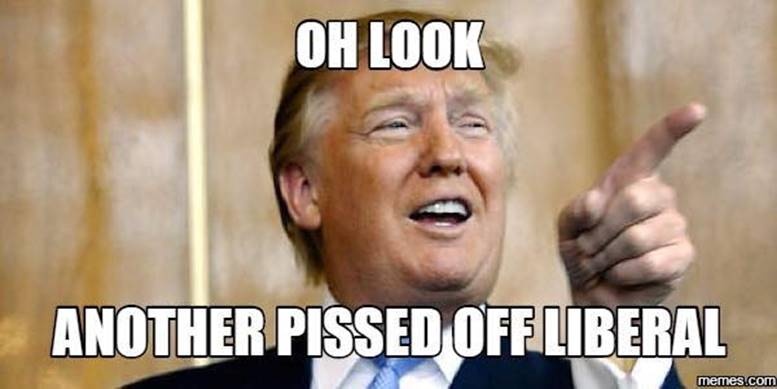 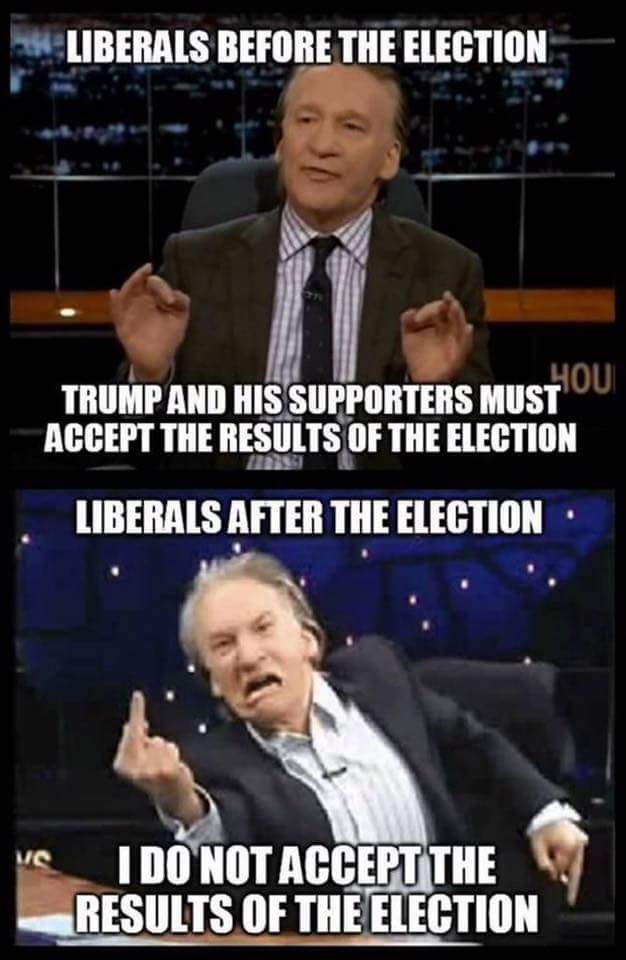 
Dynamic Source International and “Michigan Industrial Tools” (financial disclosure) appear as same corporation doing manufacturing in Hangzhou, China. The finished product is then shipped/sold in the U.S. by the Amash family (Justin and his brother Jeff) under the name Tekton Tools.

It is demonstrably a fact (as above) that “Michigan Industrial Tools” operates as a manufacturer in China, and the product they produced is Tekton Tools which is Amash’s family company (as admitted in the interview).

Obviously President Trump’s tariff and trade position against China is adverse to the financial interests of Justin Amash.

In addition to previously lying about his Michigan company selling product “Made In USA” and the nature of his business relationship with China, the family business contains the financial motive for Representative Amash to call for President Trump’s impeachment.

This self-b4-country libertarian Congressman should change his party affiliation to Democrat. He'd feel right at home with them.

Looks like Amash is another implanted FAKE horsedung Libertarian.

This is why I personally investigate anyone claiming to be "Libertarian".

Ron Paul they're NOT 😬

Russia has found all the dirt there is to find on the republicans in congress via hacking. Blackmail is a greatway to keep them in line. Either this hit is clean or he has enough integrity at least to risk blowing his career to hell for the good of the country.
Just a guess of course.
And if someone had accused one of my sons of a crime and I had called a witness saying anything similar to what trumps lawyers was saying to Flynn and his lawyer. I'm pretty I'd be arrested for obstruction no matter how sure I was that my son was innocent. Its possible that trump may not have known that did this but it doesn't change The fact that his lawyers obstructed justice. There was quite a not of obstruction going on with more examples being added on a daily basis of you include The game that is being played with congress to strip them of their oversight power. And while three was a chance that he could win another four years and run out The statute of limitations and avoid any possible obstruction charge from what is detailed in the report. If he keeps acting like he has been that possibility is gonna disappear.
The Mueller report tells you that there were some FBI agents that weren't officially part of Mueller team. They were part of the counter intelligence part of it. They were there just to pass information on to those who were working on that angle of it. No one seems to know what they've been doing with their time. So just so you know. Its not over yet.

I have some friends with first-hand knowledge of factories in Hangzhou China.

posted on May, 19 2019 @ 12:23 AM
link
Any time anyone says something negative about the great orange moron, the trumpers attack. Just like the WLB Trump, I see them like this. 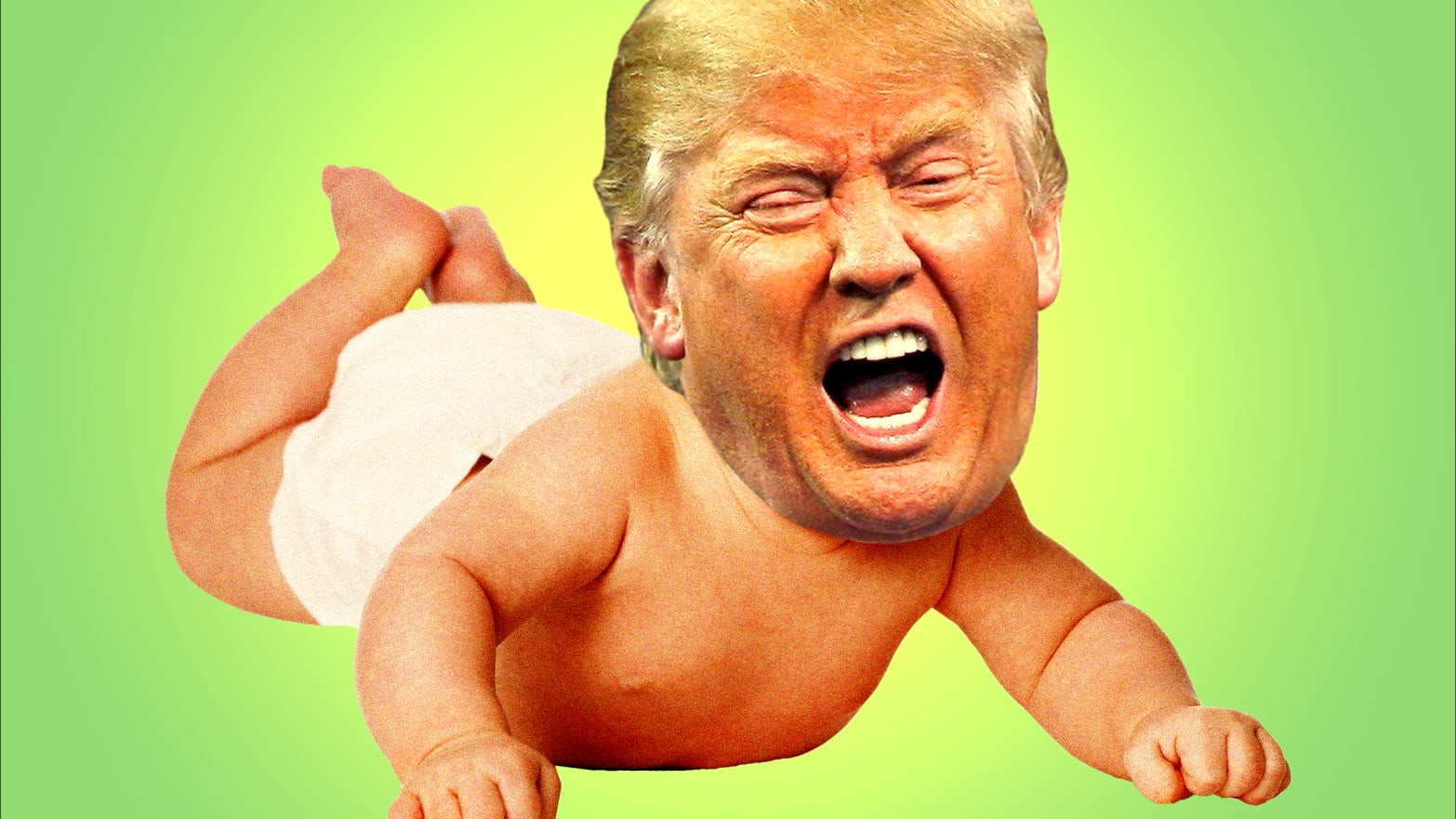 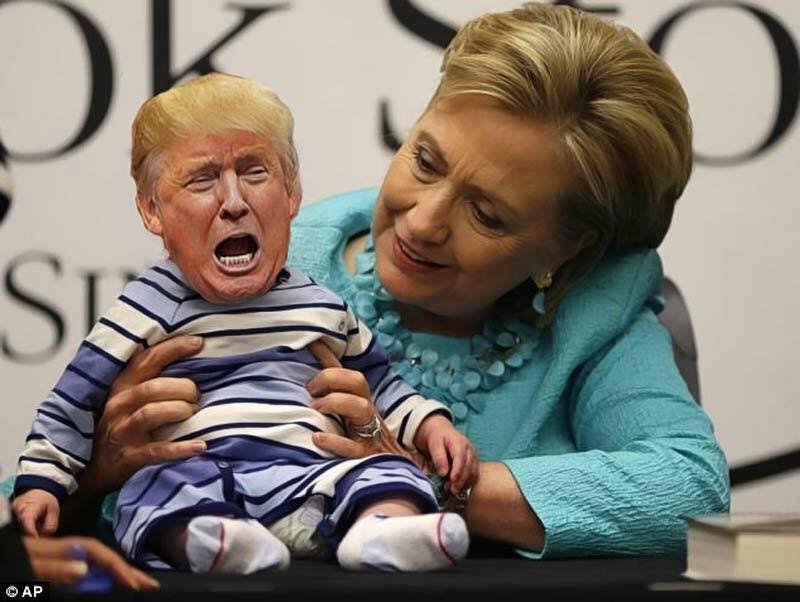 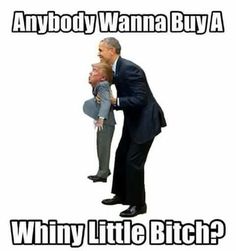 posted on May, 19 2019 @ 12:36 AM
link
I remember the old days of ATS when we didn’t have lame ass trolls and the ones we did have, at least had a bit of intellect and wit about them. Most of ya just suck at it.

Not really even trump and ivanka's businesses relief heavily on Chinese products and trump is the one slapping on the tarriffs.
The farmers are probably being killed and for some reason they are supporting trump. Quite frankly if the fact that you realize that you are gonna be adversely affected by these tarriffs at least in the short term means your opinion on weather the president should be impeached or not then no one should have a worthy opinion on it since we aren't in a position where we can avoid being hit with what is just a can't form of a tax hike weather we are a business or a consumer. Over $700 dollars a year for a family of four is the estimated cost by what I've read. That toolman is just gonna pass most of the cost down to the people who need to but his tools. Will probably add a little extra to increase his profits since he can claim it's because of the tarriffs. The healthcare, clothing, electronics, food, blankets, shoes, anything and everything. Heck even if they have nothing that has a tarriff slapped on it. Why not how are we ever gonna figure out of a component of it was really subject to a the it? We are gonna see the cost of everything go up and if we speak up it automatically makes anything we say regarding the fitness of the president to hold office?
This tactic of searching for connections and making these elaboratewebs while sometimes just making crap up as you go just doesn't cut it. Yourwebs end up looking like they were spun by spiders that were fed too much coc aine when compared to the web spun by the trained investigators that you are trying so hard to debunk.