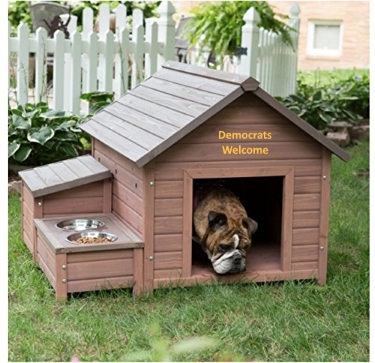 Cute dog....one of you're best posts.

No vapes either. You're literally turning the corner and I'm right there to give you a big hug....

Excuse my intoxication if you are put off.

Rarely "put off" by your opinions my friend.

I do My Best to make sure the churning produces the genuine butter, not the "margarine"😎

posted on May, 18 2019 @ 02:22 AM
link
And so far today the worst thing that has happened to me on facebook, was I got a copyright infringement for posting a video I made using a screensaved psychedelic animation to the tune of Beethoven's 7'th symphony, 2'nd movement.

Some guy in Vietnam apparently owns the rights to that video... that I made.. using public domain content.

posted on May, 19 2019 @ 03:04 PM
link
I posted this on another thread and it seems the perfect question to ask in this new Facebook situation. It was an article I read on the Electronic Frontier Foundation's website:

"Another article I read was called "Courts to Government Officials: Stop Censoring on Social Media." The gist of the article was, quote, "Thankfully, courts are stepping in to make sure that long-established protections for speech in physical spaces apply to speech on the Internet." But to make their point, in the very next sentence we read, (and to me, this seems a very biased example to use), "In the most notorious case, the district court in New York found that when President Trump blocks people on Twitter, he violates the First Amendment because he is discriminating against certain viewpoints (mostly critics) and preventing them from participating in debate on his Twitter page." The very last line of the article said this: "The trend has become clear, when a government official or office creates a page on social media, they’re tasked with upholding and not infringing on the public’s free speech rights." Here's my feelings on the slant of that article. There was not one single mention of when ordinay citizens speak on social media and their comments get censored, or removed, as actual incidents with Facebook or Twitter have shown to have happened, not one mention is made of defending their rights to free speech."

All their lies are coming to the forefront and since they can't win a debate, their only option is censorship.

Would make any communist dictatorship proud.

Still time to wake up folks, but not much time.