dark matter, which has been detected via indirect methods.

Actually they would have you believe that but dark matter has been theorized and not found. They have tried everything and have not found the particle that could cause dark matter.

They are spending big bucks trying to discover dark matter and even talking about a bigger better collider but so far nada...just theories..

Maybe some sort of a gravitational space storm. Cool read !!

When did this happen? imo this falls under the jurisdiction of cosmic vandalism and need to be prosecuted to the full extent of the law and the perps forced to repair the damage.
edit on 16-5-2019 by olaru12 because: (no reason given)

what if i told you that this is bein made by me, because of breaking laws of singularity?

i am alredy "askin" will i be procecuted after showing beings reasons of condemning true criminals behind nameraping and identity thieving?


The electric universe folks have already shown up. Why not let the other nutters get their say in too?

Why is the object invisible if it is indeed an 'object' that caused it? Or is it simply invisible because someone's yet to observe it?

Some people try to tell me God exists despite him also being invisible..... guess he must be real if other people tell me he does.
I hold similar views to theory based science.

Yeah yeah math and all that, but I could do math that proves Cookie Monster rules the galaxy, like how you can use the Drake Equation to prove France is entirely populated by Unicorns.

What can I say, I'm a fan of observable science.

For all we know this "hole" is just some random hole naturally created by the spin of the galaxy or Galactus Cookie Monster taking a dump.

I love science, but we tend to know less than we do.
edit on 16-5-2019 by AtomicKangaroo because: (no reason given)

originally posted by: dfnj2015
a reply to: gortex

Although at the macro level we have mathematical equations broadly understanding gravity and its affects, I think there's much more we do not understand. I think gravity is not some side effect property of matter but some kind of force generated by motion between particles.

motion is not required for gravity, only density of mass 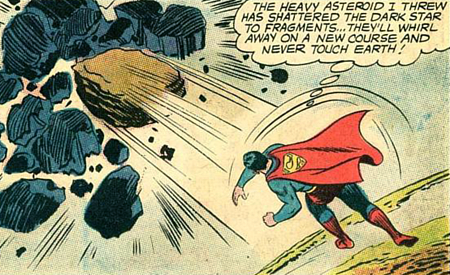 you nailed it, lol

posted on May, 18 2019 @ 07:29 AM
link
Just a random thought, but wouldn't 'invisible matter' be a more suitable term? The word dark makes people imagine some dark colored mass, while the name comes from it being invisible to the perceivable perception. It's existence is theories by the effects it creates around it.

originally posted by: neoholographic
a reply to: gortex

The proof of the event just became visible to the astronomer. I wonder if the shock wave is not far behind. The solar system could be in for a bumpy ride.