Australia About to elect a left wing government

posted on May, 15 2019 @ 10:30 PM
link
Australia has an election of Saturday. All indicators point to a victory for the centre left Labor party. The Labor party is standing for tax reform, addressing inequality and action on climate change. Not only have the polls consistently pointed to victory for over a year, the bookies currently have the odds at 1.18 to 4.75 for labor.

To fill people in a little. Australia has a system similar to the UK, the Westminster system. They elect local representatives who belong to political parties or are registered as independents. The party that holds the most seats in parliament forms government and elects the leader (Prime Minister). Australians do not directly elect the Prime minister. Australia has had many changes in Prime minister over the last decade as part of party infighting.

One major point of difference in Australian politics is that voting (or at least polling station attendance) is compulsory. Australians are fined if they do not have their name struck off the electoral role. You do not have to correctly fill out the ballet papers though, this is called casting an informal vote. These often take the form of intricate drawings of mens genitals apparently lol. It is significant to note that Australia has some of the highest election participation in the world.

This makes our elections unique. Politicians don't so much need to inspire their 'base' to show up like in the United States, more they have to plead their case to undecided "'swinging voters" who may not be politically engaged. This tends to mean that Australian politics is quite boring and "safe" and holds the middle ground.

For decades, both major parties, Centre Right Liberal-National coalition and Centre Left Labor have basically been a choice between much the same thing. Both upheld the neo-liberal globalist agenda. In this election however, Labor is presenting an option that moves away from neoliberalism. They are proposing a more interventionist economic model based on European style centrist economics. This is a major shift away from what is the norm in Australia. Combined with their close but difficult allegiance with the Australian Greens (a smaller environmental party that is more or less democratic socialist), if elected, they will be the most left wing government Australia has had since the 1970's.

Below is an article from Reuters describing things from an international perspective. Just letting ATS know what is happening down under. Keep in mind, this could all be wrong as you never know in politics. All indicators point to a lurch to the left in Australia on Saturday however.


SYDNEY (Reuters) - Australia’s opposition Labor party is on course to win power at this weekend’s national election, a widely watched poll showed on Thursday, as conservative Prime Minister Scott Morrison fails to woo voters with his promise of economic stability.

An Essential Poll for The Guardian newspaper showed Labor ahead of Morrison’s coalition government by a margin of 51.5-48.5 on a two-party preferred basis where votes are distributed until a winner is declared.

The poll is one of the last barometers of Morrison’s standing with voters, who have largely been unswayed by his campaign message that Labor would damage Australia’s economy, which has recorded 28 years of consecutive growth.

Morrison has centered his campaign on his government’s projection to deliver Australia’s first budget surplus in more than 10 years.

Morrison and Shorten will on Thursday deliver speeches in last-minute pitches to undecided voters.

The speeches come as the Australian Financial Review newspaper endorsed Morrison, joining nearly all of the country’s largest newspapers in supporting the conservative prime minister.

posted on May, 15 2019 @ 10:40 PM
link
I'm pretty much as "labor" as labor gets.
And i know full well any party that has ever existed in the history of the entire world that uses "labor" as part of their name absolutely does not have the best interest of the common working man at heart.

Hopefully at least as you fall into miserable tyranny it will wake up the fence sitters in the US.
edit on 5 15 2019 by caterpillage because: (no reason given)

posted on May, 15 2019 @ 10:41 PM
link
Amazing! marking this to see what happens. I never heard of anything so outlandish? I guess maybe that's where the term came from?

What a mess, I'm sure skomo signed his election loss by aligning with Clive Palmer, anyhow it makes little difference, we are screwed either way.

posted on May, 15 2019 @ 10:57 PM
link
Poor Ausies. The kangaroos will have more personal rights than their citizens will have shortly.

We're not really forced to as such, you can vote for an independent if one is standing in your electorate (the region you live) but the system is preferential. A normal ballet paper has maybe between 4-10 candidates and you number them sequentially. If you first preference doesn't get in, your second, third is counted etc. The person you put last has the least chance of getting your vote. Parties may include, liberal-national Coalition, labor, greens, One Nation, Animal Justice, Help End Marijuana Prohibition, some random independent. Its all based on preference counts though. If you vote 1 random independent and 2 major party, unless lots of people in that seat have voted random independent guy, you have voted for the major party.

We also have a seperate ballet for the senate. That acts as a house of review. Often these minor fringe parties get people in their and they can block legislation and do deals to get some of their policies through. Its not perfect but it works ok.


Good luck with your election


You'd vote for a party that would try and make things worse? 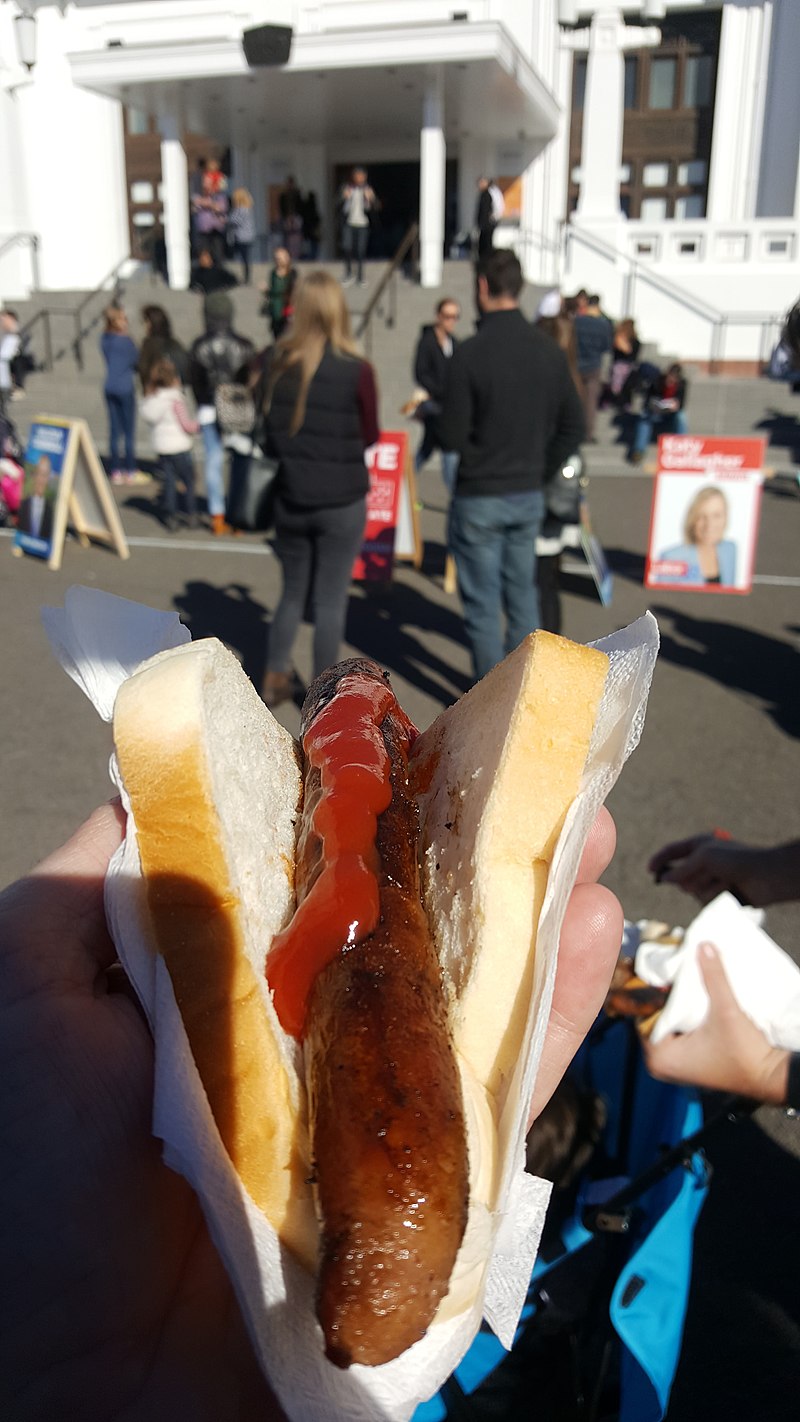 Most polling stations have a sausage sizzle going so you can get a cheap sausage and bread. It's usually run by a local community group as a fundraiser. Some sell cupcakes and in my area, the Vietnamese community usually home made spring rolls.

They have analysts who calculate what effects their policies have on budgetary outcome.

Apparently, they believe that they can save up a bit more.

Nor is budgetary surplus necessarily a good thing. Sometimes you gotta make a big investment to get a reasonable return.

I dont see Labor being the front runners to be honest.
Bill Shorten (who leads labor) is hated. His 'preferred prime minster' poll stands at something like 30%
Scott Morrison (who leads liberals) is liked much more (but not loved)

my honest opinion, it will be a hung parliament and Clive Palmers Party will pickup enough votes to be the decider - he's already said he'd go Liberal (Scott Morrison)

The past weekend I found myself in 4 ubers... i asked each driver and they all said ''i voted Clive Palmer''

Personally, I want Albanese to be our PM, he's labor!.. No doubt Bill or Scott will be knifed and replaced within 12months anyway
edit on 15/5/19 by Agit8dChop because: (no reason given)

originally posted by: EmmanuelGoldstein
a reply to: harold223

It'll happen here eventually. As far as drug laws go, what drugs are illegal and the laws surrounding them are state government issues. It's up to the seperate state governments to legalise. We have 6 states and 2 territories. All the federal government can do as far as cannabis is concerned is legislate what is and is not allowed to pass international borders. My state decriminalised cannabis possession and small scale cultivation in 1987 but its still illegal and you get fined with no record rather than criminally charged. Better than some states though, they still charge you.

Fingers crossed for legalisation in the near future though for sure