Geomagnetic Storm Headed For Earth, Auroras May Be Visible Over Parts of U.S. 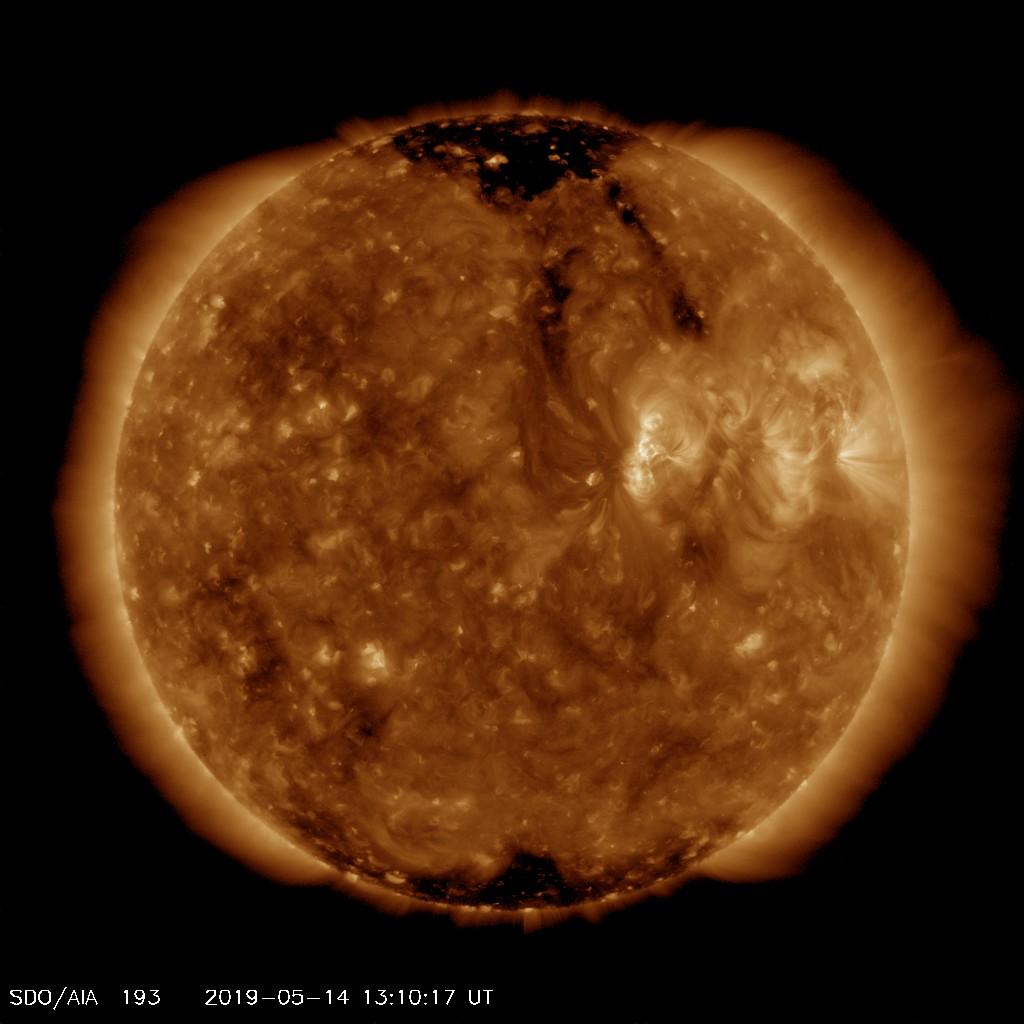 A geomagnetic storm warning has been issued following three coronal mass ejections (CME) from a giant sunspot. The National Oceanic and Atmospheric Administration’s Space Weather Prediction Center said that a minor geomagnetic storm watch is in effect for May 15 and May 16.

As a result of the storm, northern parts of the U.S. may be able to see Auroras over the next few nights. A forecast map showing where the auroras may be visible can be seen below. 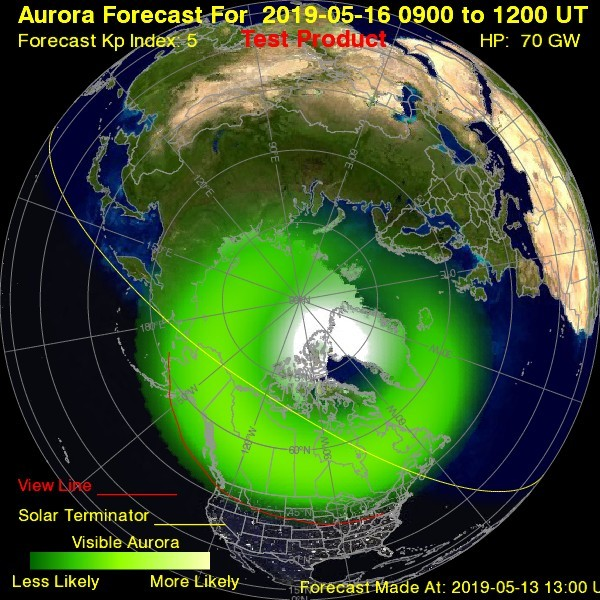 The three CMEs responsible for the latest geomagnetic storm came from the sunspot group Region 2741. The series started on May 10 and material from the first two is expected to arrive on May 15. The third will likely reach Earth on May 16.

“The source location for the CMEs has been associated with disappearing solar filaments (DSF) along areas of the magnetic neutral line in the vicinity of the unipolar sunspot group, Region 2741,” an NOAA statement said.

A solar filament is a long line of colder material that hovers above the sun’s corona. NASA notes that these filaments can float along like this for days before they disappear. Sometimes they also erupt out into space, releasing solar material in a shower that either rains back down or escapes out into space, becoming a moving cloud known as a coronal mass ejection, or CME.

According to SpaceWeather, the sunspot that the latest three CMEs came from appears to be disintegrating and is no longer able to produce huge CMEs that pose a greater risk to Earth.

Just a heads up for those of you who just so happen to live up North.
edit on 5/15/2019 by LtFluffyCakes96 because: Resources

Will let my Yooper in-laws know. They deserve something fun as the last May snowstorm melts away

The Grey Basket prophecy said there'd be signs in the heavens after the passing of Stanton Friedman ...

It is overcast, and through the clouds even! Shifts and morphs very slowly. I have video also, but not up yet.
edit on 16-5-2019 by charlyv because: content