A 20-minute, unbroken, and hyperarticulate tirade ostensibly about ignoring criticism online, “Be Not Afraid” stars a high school freshman from the Bay Area who goes by the name Soph on YouTube. (She edits as well as scores the videos, which she says are comedic.) Through videos like these, she’s become a rising star — with more than 800,000 followers — in the universe of conspiracy theorists, racists, and demagogues that owes its big bang to YouTube.

The video platform for years has incentivized such content through algorithms favoring sensational videos, and, as recent reporting has revealed, has deliberately ignored toxic content as a growth strategy.

Soph’s scripts, which she says she writes with a collaborator, are familiar: a mix of hatred toward Muslims, anti-black racism, Byzantine fearmongering about pedophilia, tissue-thin incel evolutionary psychology, and reflexive misanthropy that could have been copied and pasted from a thousand different 4chan posts. Of course, it’s all presented in the terminally ironic style popularized by boundary-pushing comedy groups like the influential Million Dollar Extreme and adopted of late by white supremacist mass shooters in Christchurch and San Diego.

There's a lot of layers to this article so I'm not entirely sure where to start.

I'm appalled by the some of the messages this girl is disseminating to nearly a million users on a regular basis. And yet, she also comes across as an extremely intelligent young woman who has a better grasp on reality than most adults.

Are her more extreme views merely a hyperbolic tool used to drive home a deeper point? Or is it simply another example of a white supremacist co-opting meme culture to spread their message of hate?

I post this thread having never heard of Soph before reading this article. Based off of it though I think there are a few important conversations that can be had on here. On one level we can talk about Soph, her popularity, and the content of her videos. On another there's a discussion about the responsibility that sites like YouTube have to not only police their content but protect their younger users.

So have at it ATS. What are your views on this 14 year old girl that posts some pretty hateful stuff, while also exposing some deep truths, and has almost 1 million subscribers?


Bad ass Buzzfeed out to Dox a 14 year old girl..... Guess it would suck for Buzzfeed considering Soph has more people listening to her than Buzzfeed. Honk honk.

I had wondered why so many -ists and -isms were in your post and what the buzz (Buzzfeed article... LOLZ) was about with you so had to read the article..

How about this: “I’ve become a devout follower of the Prophet Muhammad. Suffice to say, I’ve been having a f*** ton of fun. Of course, I get raped by my 40-year-old husband every so often and I have to worship a black cube to indirectly please an ancient Canaanite god — but at least I get to go to San Fran and stone the s*** out of some gays, and the cops can’t do anything about it because California is a crypto-caliphate.”

Change the wording to devout follower of Jesus and she'd be an instant Liberal star.

So it appears to actually BE dark comedy, but the virtue-signalling left can't understand humor unless it's something derogatory towards Trump so are blowing a gasket.

It’s exactly the same as opposing nazism or the kkk, it’s GOOD to oppose Islam. Nobody can dispute that.

Probably because the end of the video was her saying this...

You could beg me kicking and screaming to stop disseminating the ideas I believe in, and it wouldn’t make a f***ing difference,” Soph says at the end of “Be Not Afraid," in a passage in which she seems to drop her shtick, if only for a moment. “Not only am I inoculated to that bull***, most of Gen Z is too. Millennials grew up with MTV and nowadays watch Colbert. We, on the other hand, grew up with the internet, so we have no centralized source of information that controls what we think. We filter out the truth for ourselves; we’re not lazy. No one is brainwashing kids. Kids are simply learning from having free access to information, and there’s nothing you can do about it.”

She has her own opinions.

originally posted by: strongfp
a reply to: Xcalibur254

She's thinking for herself. 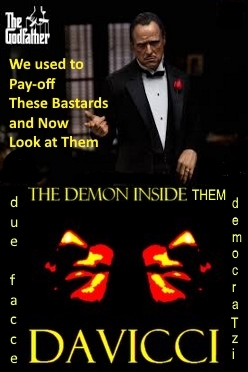 Now YT can use this as an example of their cleanliness !! 😆


I told you that I understood why you wouldn't understand it.

You don't have to point out again that you don't understand it.

I'm sorry that we don't have a therapy puppy icon here I could give you.

But here's a participation trophy.

originally posted by: dfnj2015
a reply to: Xcalibur254

Yes, but unfortunately she appears to be retarded.

Don't make fun of the mentally challenged!
edit on 14-5-2019 by Lumenari because: (no reason given)

She didn't make the video herself, and she's not 14 years old.

This video is not truth, and is purely to be taken with grain of salt, it's satire to take advantage of the dumbass gullibles of the internet.

I thought everything she was being critical of equally applied to her. You only criticize and hate in other people what you do not like about your own character.