page: 1
28
<<   2 >>
log in
join
share:
Dfairlite
+12 more
posted on May, 14 2019 @ 12:33 PM
link
You can smell the fear. The stench is so strong it could kill a buffalo. Clapper is scared to death of barr and what he is doing. He's now coming out against investigations, after months and months of telling us we needed investigations (into things he wanted to push a narrative on). The ship is sinking. Clapper is demanding the waters slow down so he can figure out how to save himself.

“There is a substantial investigation, which as I understand it, is nearing completion, being conducted by the Justice Department Inspector General, I’d wait for the outcome of that to determine if there needs to be more investigations.”

What clapper knows is that the IG report is toothless. All it is, is a report. Sure it may make a few referrals and suggestions, but the IG is not a prosecutor. The IG is an internal process not a criminal one (normally). So once the IG report comes out clapper will say "gee, he sure found a lot, we don't need any more investigations. Good job IG!" and move along. But a prosecutor, like barr tapped last night, doesn't just make referrals and suggestions, he makes indictments.

I, for one, love seeing people like clapper get really worried. It tells me things are happening high up that they didn't expect to happen.

Meanwhile, now that the Mueller report has found no evidence of Trump/Russia interference, Democrats have launched multiple investigations to try to find ties between Trump and Russia.

You are right... they are running scared. 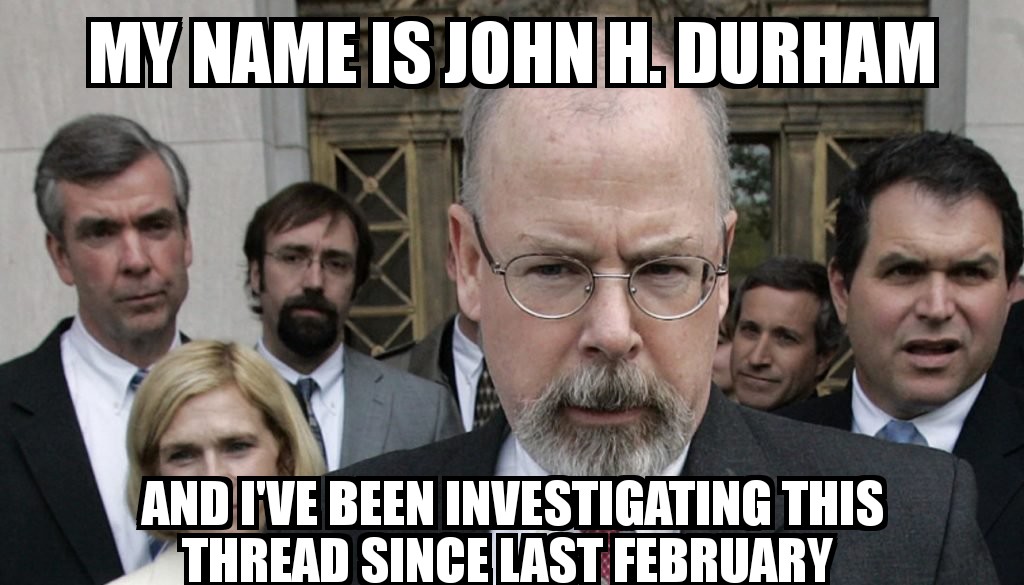 I'm going to enjoy seeing Clapper and Brennan go down.


Add me to the list of people wondering when Clapper is going to have his feet held to the fire by the media and DNC bout "obstructing Justice" by publicly commenting on the investigation...

posted on May, 14 2019 @ 12:43 PM
link
If the Mueller report cleared Trump of anything, then why go out of the way to deny full access to report or witnesses?

posted on May, 14 2019 @ 12:44 PM
link
I think an investigation into exactly who formed the fake charges against our standing president should be determined, and whom helped to cause this baseless scandal should be charged with high crimes equivalent to treason because they attempted to destroy our nation by tearing the people apart. That is treason, someone needs to pay for the whole Mueller scandal, this is much worse than the Nixon deal, it is much worse than anything ever done to any US president in the past.

I find it extremely interesting that Durham and Mueller have a past.

Durham has found Mueller guilty of things before.

This should be fun to watch!

posted on May, 14 2019 @ 12:46 PM
link
Two YEARS of Mueller investigating....
Now the spotlight turns toward the ones that have guilt...
AND
We don't need any more investigations!

You guys have been highly suspicious for two years, yet you came up empty handed. Your suspicions are really just your gullibility.

posted on May, 14 2019 @ 12:48 PM
link
The double standard is huge with Clapper, with the media clapping along with their side.
This whole scandal makes the US look terrible in the rest of the world, really sad...

I hope this will finally lead to some actual justice and, if proven guilty, the actual jailtime (or other suiting punishments).

originally posted by: W0LF3
If the Mueller report cleared Trump of anything, then why go out of the way to deny full access to report or witnesses?

Seems to me that you are pretty clueless.

There are exactly 2 full and 7 partial lines redacted in the report Democrats have access to.

They are the names of people under indictment that are currently being investigated.

If Democrats get those names and leak them to the press, those investigations will go away.

All Democrats are doing is trying to protect their own party.

Which seems to be fine with you because criminals in the Democratic party is normal and acceptable to you.

Right.
Clapper (and others) are afraid (very afraid) of an IG/Durham tag team.

"how about a nice game of chess" 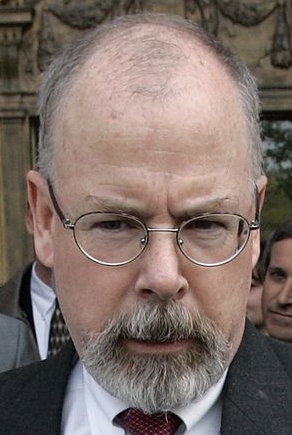 Certain things in the Bueller Report require court orders to release to the "Public".

The reason for these laws is to reduce/prevent official abuses of power. 😎

Didn't you know that?

Trump better be the real deal (I have my doubts), as his appointees themselves have been a part of previous presidential cabinets that used to fuel much distrust and many conspiracies among those on ATS.

Don't expect these "characters" to go silently into the night. You may be able to remove the swamp from the government, but unable/unwilling to provide any semblance of power back to the people in the process.

Barr already has the IG report. He is coordinating its findings with the two Federal prosecutors now.

No, no trust in the government. That's why we're giddy watching it all blow up. When it comes time to rebuild it, we will switch gears.