The Awakening is coming

posted on May, 8 2019 @ 04:07 AM
link
Be vigilant. People will only go more extreme from here on.
Everything that can go wrong will go wrong. Be prepared to find yourself fighting on more than two fronts.
3 dimensional.
People will turn into zombies. So far removed from civilisation.
With all the drugs and everything. This is a new opium crisis. Fentanyl mostly made in China.
Everything we ever imagined and all at once. Plus some more.
That's all that I'm trying to warn you about.
War with an enemy within. Bite your pawn off. Maybe you get out alive?
What should be an event of joy and celebration will happen at the height of a crisis.
You want to see war? What will you do? Shoot your own zombie population?

Your neighbour, you, everybody is at risk of getting infected. Enter the realm of paranoia.
The awakening is coming.

The Awakening is coming 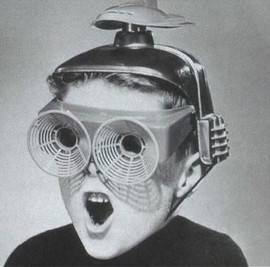 This is awakeness!!!
Awake-ness does not come....but it can be overlooked.

'We are looking for what is looking' Saint Francis of Assisi.

Did someone tell you about the mystery number 23?
You'll get hit with a lot of angel stuff.
23 chromsome pairs
In maths, science and such

It's a funny number.

It's more, it's a strategy. Everything only serves the purpose of being something to make you think. If you're strong in the "I can detach myself from everything because it is only what is happening, I would feel like a rape victim. If I would feel like that constantly.
I believe as philosophy, I'd say, relax, look at it.
There is something waiting to communicate with you.
Right under the surface. There are intelligences we could communicate with.
We should engage in it one step further. What are the people really saying?
The message of love in the 60s didn't kick in and establish a lot of rules. # rules.
This sounds important. I would like to be free to explore. With aid of the real Queen of weeds.
But this existence matters, I will encounter ghosts from the past. Mirror.
Others use something else. The key is only all private stories attached to you, they, us will give us a clear sight on what these other intelligences are.
What coincidences are happening to you? What is your story? Why do you feel the need to detach from your story?

posted on May, 8 2019 @ 07:45 AM
link
a reply to: Peeple
369
Synchronicity used to make me Wow.
Their daily occurrence seems normal now
The magic of numbers and their emergent paths.
Arouses me into some mental maths
Sure I seek and I find it's coded alias
But can I be sure it's not just confirmed bias.


Enter the realm of paranoia.

posted on May, 8 2019 @ 12:03 PM
link
I'm listening to the sounds of the city. It will beginn with people being more extrovert than usual. Everything is coming together for you. It feels good.
Then you notice the absent glare in people's eyes.
Like they're turned on and turned off depending on if they're the centre of attention of others.
Some fear their inner worlds, but they will rise to the centre of attention.
What are you about? What would you be a warrior for?
People are getting tuned into a field. Which enables this other intelligence to overwrite your experience.
People won't be able to handle it. There is no guide on how to stand through psychological attacks. Stay calm. But how many will read my hidden advice here on tiny ATS when it's getting really ugly?
People stay just turned off. Perfectly good ordinary people, completely locked away from the surface. Just functioning.
Then they start following you. Then the violent outbursts start rolling through the city.
And once they are on fire, they burn to the ground.
Or maybe you get totally remote controlled? You're somewhere in there, but your body doesn't do what you want, you can't express your thoughts anymore and just watch.
The war is inside the mind.

If there is conflict within then there is disharmony without.

Is there really an in or out?

And that is precisely why I'm not in a "city". 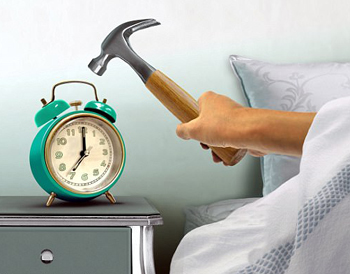 In and out creates life itself

Peeple I think we may be smoking the same shhh.

posted on May, 8 2019 @ 01:55 PM
link
I like the extrovert, center of attention or else they "turn off" or recede at that time makes a lot of sense and describes the culture we have. Except.. I'm noticing 9 people in public for every 1 person that already has this condition.

We notice the 1 or few who are like that for the same reason everyone notices them, going back to the center of attention, extrovert thing. I'm rarely the "center" of attention because I'm not a female, because everyone wants to interact for some eye contact and attention from the female, especially if she's one of those extroverts.

They love it too, it's the weirdest thing how much. Wouldn't it ever be too much? I don't like too much attention, just a good amount but the value of the attention is based on who is giving it. Hot chick attention is worth 100x more than random, strange man attention. Attention from a crowd can trump both because you get the hot chick attention automatically afterward.

What I give off is usually "different, interesting, attractive but why isn't he stuck in a relationship with a girl running his reality so he can feel egotistical over having sex with an attractive girlfriend, like he's better than most men who are alone in public and could never get a woman like that. Is he damaged, too weird, gay?" Gay is the go to reason that people will usually pick because they can't understand how you aren't locked into their basic level of hopelessly needing it.

A trophy, a badge, a spotlight. It goes to the very top of the condition too. Celebrities, actors/actresses, famous musicians. They usually hook up with each other in "super" relationships like "Look at us! Obsess over us and our private life, wonder about us, talk to each other on social media constantly about us with each other. Our names are X and Y, two of the most sought after, liked, and famous because we're attractive people in the industry."

Then, every single one of those ends up in a break up, and often a marriage that ends within 3 years like clockwork. Because, behind the scenes their personalities are all weird and #ed up from their lifestyle and being worshipped by everyone, being fake to them in business to get ahead.

Yet, 10 million men would stand in line for a chance at 1 day with one of the weirdos because she's hot and every other guy wishes he could.
edit on 5/8/2019 by r0xor because: (no reason given)

The war is inside the mind.

Its just a matter of time before that war spills out onto the streets. True, many have awaken to the manipulation, but some, will never. They, are programed that way...

Is that the name of the new Avengers movie" Avengers: The Awakening? Or is it "The Awokening"?

posted on May, 8 2019 @ 08:27 PM
link
Whoever said the war is in the mind...you are right you just need to come to terms with reality and that’s hard to deal with. Money means nothing. Gold is everything. Make money out of gold, when the feds start giving people the gold they promised them with the notes Americans use then I will say the Awakening has started. People still are lying and manipulating.