Pets that have been very special but have passed on.

posted on Apr, 27 2019 @ 03:40 PM
link
My girl "star" passed on 15 years ago, but i still miss her, i have been disabled for many years so spent my time researching on the web, she sat by my side nudging me to pat her through out a difficult time of ill health. She did have a few bad habits being stealing my sausages, but mostly was good.
The trouble with the breed is they are very hyper active, and need lots of walks to keep them calm, they think you are the pet, and they are the boss.
If you wish to remember your pets, please be my guest here.
I didn't mention which breed my ^Star" was, you will know by the photo, a sweet heart of a dog, i hope Glen Close isn't watching LOL! 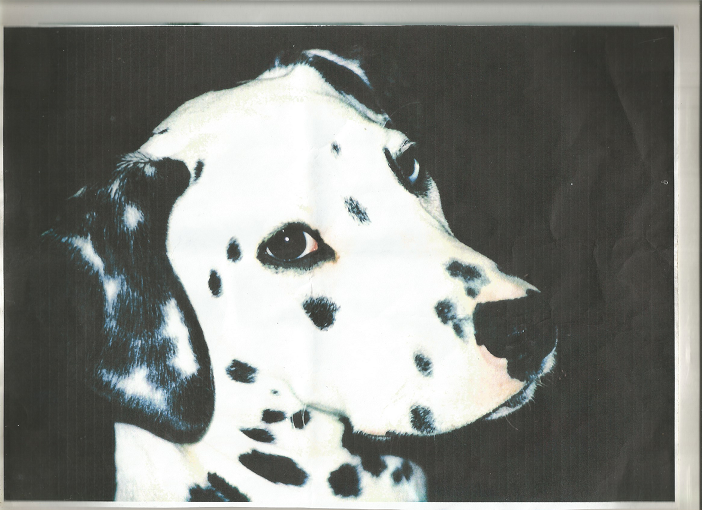 
Star was a beauty.

MY favorite was a 12 yr. old Pug I adopted.
Zack had no teeth...and his tongue always hung from his mouth...but we loved him so much.
He passed several years back, but we keep his ashes...and we still see his whispy-white ghost around the house from time to time.

posted on Apr, 27 2019 @ 04:30 PM
link
a reply to: IAMTAT
Zack has the thumbs up, i loved the part about his tongue out all the time ha ha!
It wasn't my idea to buy an expensive dog, i bought her for my ex wife who wanted to pose with her on a lead, but lost interest when Star didn't like walking but running, i took her to a forest where she could run free, she always came back to me.
When we split, she didn't want the dog, so Star came with me, i will have to find her pedigree, you won't believe the amount of champions on it.
I believe you about seeing Zack's ghost, i had similar experiences with Star.
I am the last Ghost Club investigator alive now who investigated The Enfield Poltergeist in 1977 so am experienced with ghosts.

posted on Apr, 27 2019 @ 04:44 PM
link
a reply to: Quadlink
Call me astro,
I have a Cat, but must leave her with my mother, as i am moving soon to a special care flat, i'm sad to hear about your cats, but i feel you will get another pet, my thoughts are that you come from the South East like i do! 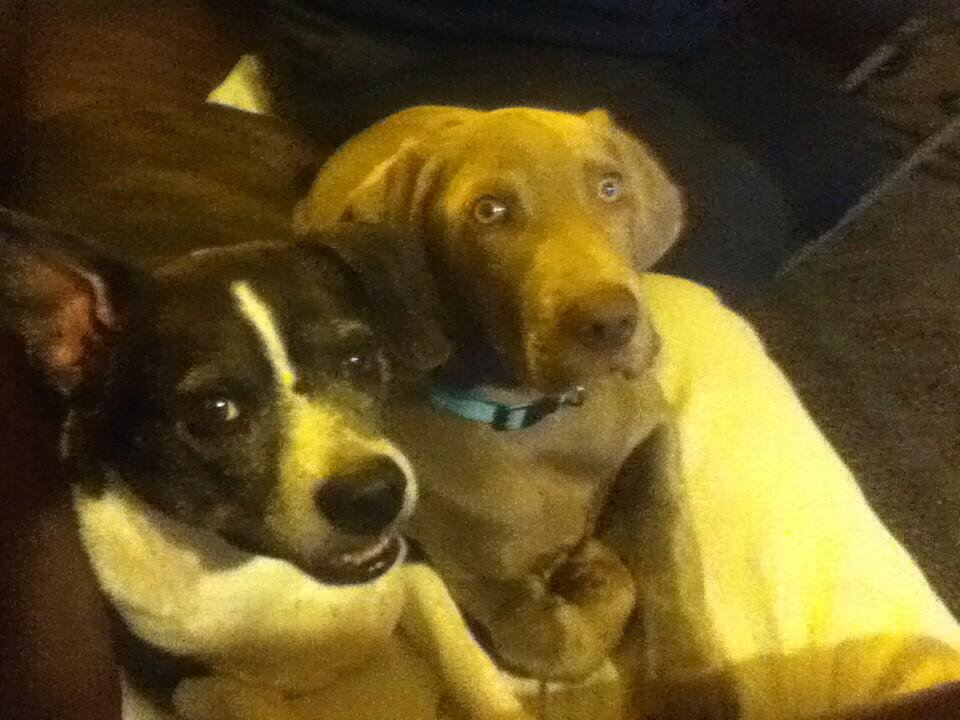 Had so many.. was just talking about Mylo today. My little one, was an Amalgamation of pit bull, Boston, Staffordshire..
He was a lovable funny little critter. Mylo was my amalgamutt. Miss him😏

Then here's Kipper.. my White Sheppard. Lost him Halloween day 2 years ago now. He had bladder very bad.. 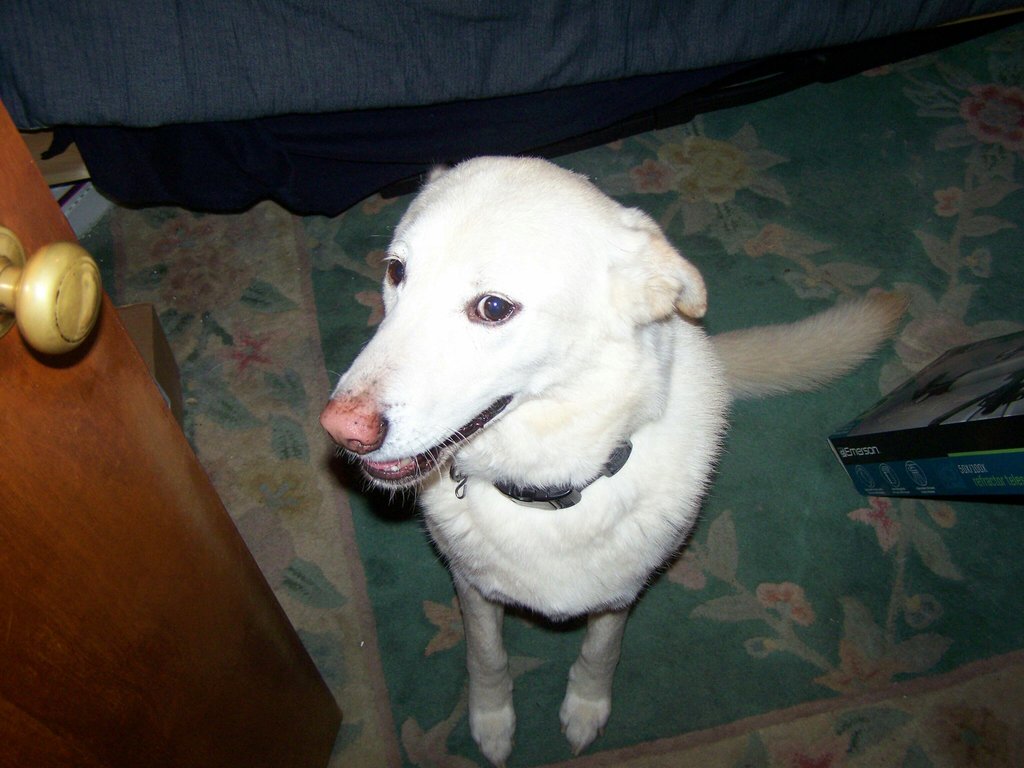 Our pets are family.

I am sure your cat will be fine and pampered .. i live in the mid north west of England UK.
Yes i do feel the need to get another pet... we shall see

posted on Apr, 27 2019 @ 05:11 PM
link
Loving the pics and stories in here!
I have owned sooo many special pets, mostly cats. I love and miss them all. So many wonderful, comical and loving animals that I feel fortunate to have shared my life with.

posted on Apr, 27 2019 @ 05:32 PM
link
a reply to: Night Star
I see you come from AMERICA, i was wondering how expensive the Maine Coon cat is to feed, i'm thinking you would have to have a career in a fishing boat, LOL.
en.wikipedia.org...

posted on Apr, 27 2019 @ 05:41 PM
link
a reply to: Bigburgh
Thanks for posting pictures of your past doggie friends, great photo's!
I BET THEY LOVED SAUSAGES!

posted on Apr, 27 2019 @ 06:29 PM
link
My boy Loki was put down in August of 2018.
He was an Alaskan malamute.
If he even brushed up against you, there would be enough fur on your leg to knit a sweater lol.
We still miss him very much.
I still have a hard time when I reread the thread I posted on here about him, without tearing up.

I find myself on the long drive to work every week, thinking about him.
Missing him and wishing to the lord that he was still with us.

God damn...tearing up now even.

My Goodness he was such a good boy.

For some reason every single time he laid down, he would cross his legs like in the photo.
He would lick his paws and clean himself like a cat.
We think he learnt that from growing up with 2 cats in our home. 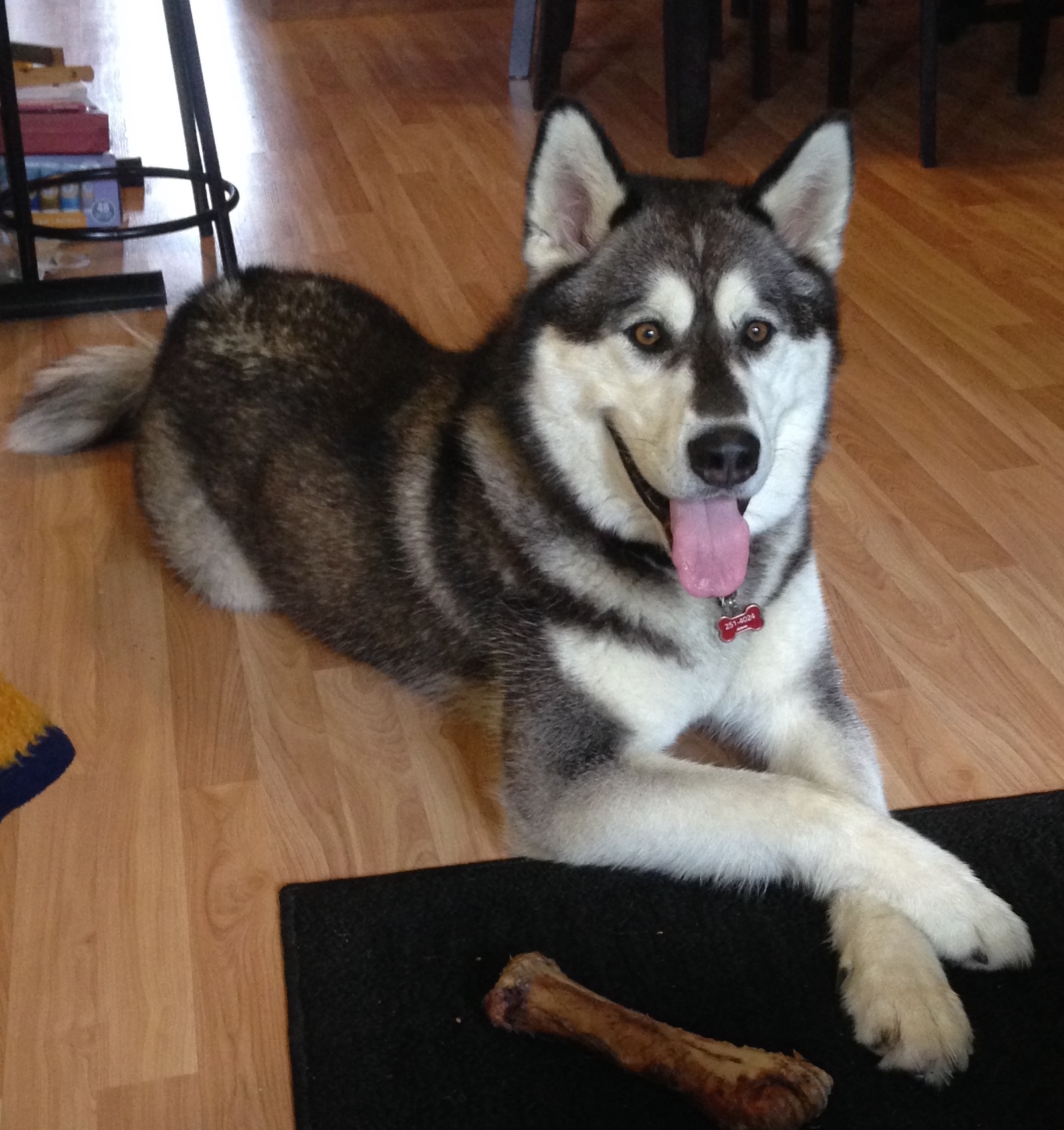 originally posted by: Quadlink
a reply to: Astronomer62


So sad about Star. When I was sick in 2012 our cats were my lifeline. Died once during one of the tests, really woke me up about living.

In the past 5 years, we've lost two of the best cats ever, Queen Theodora Maxine Lourdes De'Catville was 23 years, 6 months when she passed. I prayed and prayed every single day that she could die in my arms on the deck she loved to lay on in the sun. That cat was amazing and died in my arms on her deck in the sun. After two weeks of seeing and feeling Ted (like a cat walking on my legs while in bed, hearing cat food being eaten), we replaced her with a 8 week old kitten, Little Bird, who is her exact image from looks to behavior. She is a queen. Ambrose Hooba Butterbutt was my wife's cat and lived 19 years. I prayed and prayed that he could die in her arms. I knew the wife would simply not be able to do that. He crawled up on the couch with her and they slept and he died in his mother's arms. A week later the same lady that got us the kitten called and said she had another Tuxedo like Ambrose. You guessed it, that guy is just like Ambrose, Hooba2, a boy cat through and through from the same bad habits to the misbehavior. Get this - he sleeps in the exact same spots Ambrose did. When Ambrose died, Little Bird was inconsolable as we were. The night we decided to get Hooba2, I told her about a "the other Hooba" and she started running around and meowing. I kid you not. I'm writing a book about all of this. Pretty hard to write, having to relive grief. Not easy.

I would suggest replacing your companion sooner rather than later.

BTW, I made a promise to video and photograph them each and every day that they're alive. Little Bird is 4. 14,000 plus photos, Hooba2, 1,000 plus. We've raised our son who's on his own and very successful and I'll tell you our pets are cared for the same way he was.

originally posted by: Astronomer62
a reply to: Night Star
I see you come from AMERICA, i was wondering how expensive the Maine Coon cat is to feed, i'm thinking you would have to have a career in a fishing boat, LOL.
en.wikipedia.org...

That is a gorgeous breed! I'm not sure how much it costs to feed them. LOL I've had various breeds, but never did get a Maine Coon. Had a lot of rescues and for purebreds, a Himalayan, Persian and a Siamese. Right now I just have the Siamese and man can he talk!

posted on Apr, 27 2019 @ 07:39 PM
link
a reply to: billxam
YOU should write a book then so your pets will be remembered forever like the ancient Egyptians wanted, however they mummified too many cats for my liking!
I liked the return trips after death, i find this fascinating, but i have been investigating all types of ghosts since 1977, when i lived in Enfield, UK.
The Ghost Club is the oldest of all of the paranormal societies, Charles Dickens had been a member. 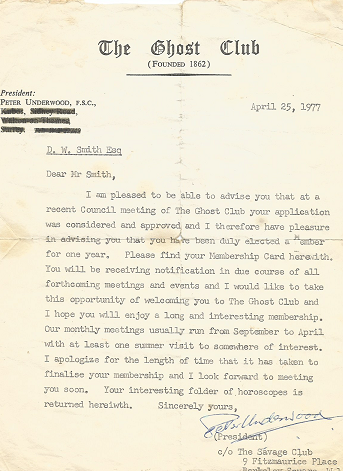 posted on Apr, 27 2019 @ 08:09 PM
link
a reply to: Night Star
I love the look of Siamese, and they have a throaty meeoow that makes me giggle, i wonder if you have any curtains left, they tend to be a sandwich short of a picnic!
We are Siamese, if you please, Lol

When I came home, mellow never left my side until I was on my feet again.

He got sick 3 years ago....couldn't walk or see. The vet said 5 grand to do tests. Couldn't afford it.

To the day I die, I will never forgive myself for not being there for him, as he was for me.

posted on Apr, 27 2019 @ 10:51 PM
link
I have lost many pets I really liked over the years. It sucks when you get attached to something that lives a shorter life than you do. Our pets usually do live to an old age, but sometimes they get injured and die. Two of our cats got a blood clot by their backbone and they lost the use of their back legs, dying in a few days.

After the two cats we got left pass away, we probably won't get any other pets. We get deer in the yard, they come to eat near our door. We might put in a doorbell they can ring or a bell that they can pull the cord to ring.

I get too attached to the animals now that I am older and retired and spend a lot of time with them.

originally posted by: Astronomer62
a reply to: Night Star
I love the look of Siamese, and they have a throaty meeoow that makes me giggle, i wonder if you have any curtains left, they tend to be a sandwich short of a picnic!
We are Siamese, if you please, Lol


This cat is one of the most unusual cats I have ever had. He has claws, but only uses his scratching post and those fuzzy, ultra soft blankets. He doesn't touch my furniture or plants or screens. He's a good boy. When he starts meowing, he doesn't shut up and he is loud. I doubt the neighbors appreciate that at late night/early morning hours. LOL