Joe Biden has broken the law in some states. Lock him up .

To the casual observer Joe is a man of many fetishes . I peg him as a pedo and a trichophiliac. The Chester the molester part might be hard to prove.

But I think Joe’s infatuation with hair is obvious. To the point that any police officer could arrest him for sniffing a child’s hair on probable cause. In a state where laws like this are on the books. (doubtful it’ll happen but it could)

I emphasize IMO could.

A fetish is a sexual desire. Acting on a fetish gives people sexual gratification .

OK enough of my opinion take a look at this.

Lewdness with a minor in Nevada.

California has a law that mimics Nevada’s law.

I’ve looked at other states and in many this same scenario is a chargeable offense. Due to their loose interpretation of lewd and lascivious laws with a minor. Not to mention there is precedent from decisions in California and Nevada.


I’ve researched but can’t find any information or pictures when Joe did this in either California or Nevada.

I want to bitch about it more on Twitter but need a little ammo.

Do you get paid to write stuff like this because if not then you sir have a drive and I wish I had drive like that. I just don't care what is going on mostly.

You sir are on a mission. Good for you.

posted on Apr, 27 2019 @ 12:48 PM
link
Bernie and his bunch pushed out the early sniffer allegations BEFORE Biden announced...as a friendly 'warning' to rethink about running.

originally posted by: watchitburn
Yup, ol Pedo Joe is not going to survive the primaries.

...But I thought ol' Joe TOLD Obama NOT to support him.

originally posted by: IAMTAT
Bernie and his bunch pushed out the early sniffer allegations BEFORE Biden announced...as a friendly 'warning' to rethink about running.


I heard a recent speculation that Joe only entered the race to cull out a few of the 20 or so candidates that will just drop out in short order soon after The ex-VP enters and shows high numbers they can't beat.

People like Biden think they're safe and get some kind of kick out of pushing the line in public. I notice he's usually behind the targeted person.

The Bernie and his bunch, All of them had hair of gold
Like their mother
The youngest one in curls, and Biden smelled them all.


I know this guy, we'll call him Joey B, no better yet J Biden. Anyways he likes sniffing around for ear worms, I'll get you guys in touch.

Youo really are like a dog digging around for that bone in the yard. It's pretty cool inveigative work. Now that you've brought that all up, I wonder if anything will be done about this since his is Joe Biden after all?

I’m doubtful anything would be done at the federal level. The thing is these are state laws, any police officer in the state can enforce them.


That’s a wild card in my opinion . 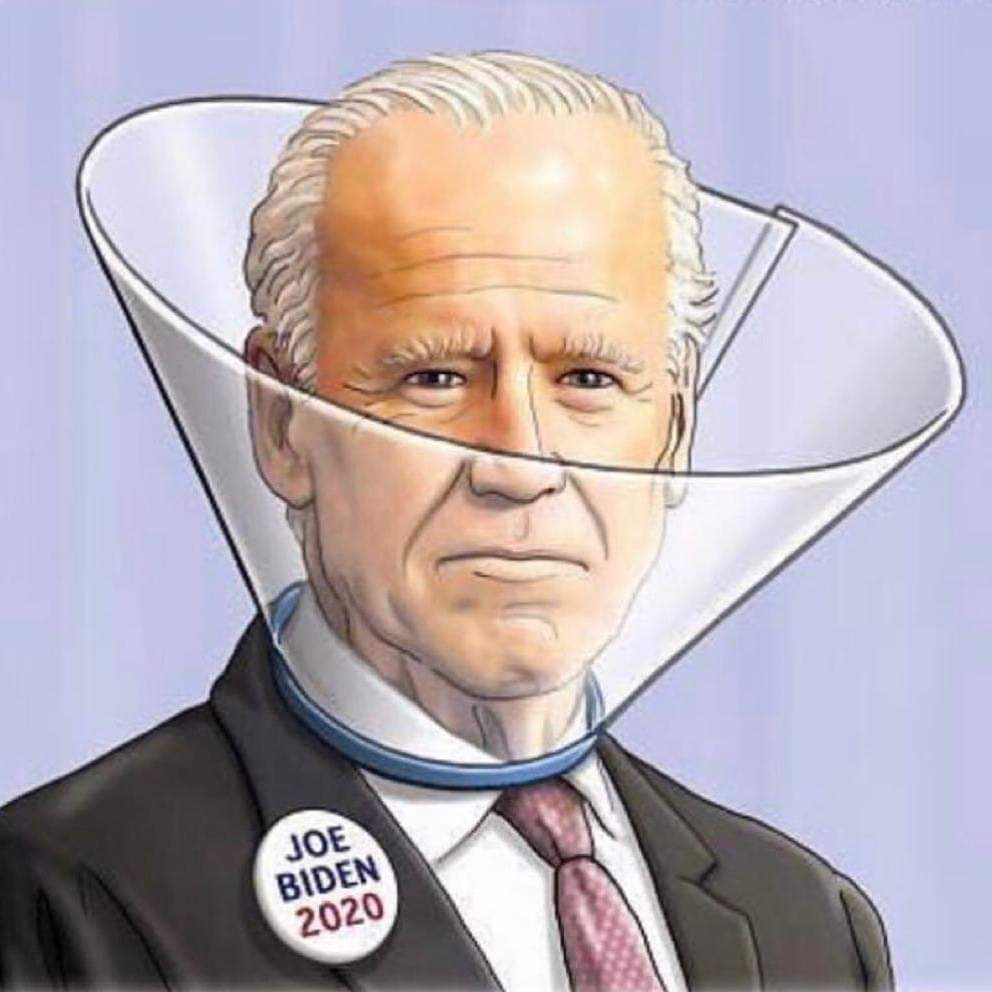 scrapping the bottom of the barrel so early.

Point out a flaw in my position .

originally posted by: watchitburn
a reply to: Fools

Hahaha ,Does that keep him from licking himself too?

Are you a Russian Hacker, Troll? A whole bunch of you sure sound like you are. Why I don't come here very often.

You and I both do not know Joe Biden, then why are you saying he committed some type of crime? No one is perfect and anyone can be nitpicked. If you really want to spread dirt on someone...…………… D. Trump would be a very easy target. The same grab um in the pussy person, same paying off hookers person and lied about it, who filed for bankruptcy 6 times leaving you and I holding a 3.8 billion dollar empty bag, who is a real life crook and hates Rats. Why do you think Russia wanted him to win? They knew how dysfunctional he is.

Why don't you just watch the videos.

Do we have any video of Trump grabbing anybody by the kitty? No. All we have is some locker room talk of it in the privacy of a bunch of guys from more than a decade ago before he even entered the political arena.

Did he pay off hookers? There is no proof he did so, but he certainly didn't while in public office.

He NEVER personally filed bankruptcy. The business entities that did were within their legal and ethical right to do so. Bankruptcy is a legitimate business tool to use under certain circumstances and he used it properly and ethically.

There is no grounds for calling him a crook. He probably does hate Rats. I hate them, too.

I doubt Russia wanted him to win, but so what if they did. I think they wanted Obama to win, too. Russia has always meddled in our politics. It's nothing new.

Dysfunctional? Surely you jest. Have you looked at the overall economic boom and other accomplishments. He has done this all with one hand tied behind his back.

Lay off the Clinton News Network and the lamestream media for awhile. They are nothing but a propaganda arm for the Democrat Party and will lie, distort, fabricate, and slander in the name of "journalistic principles". Ha!

Dude I started a thread before this one with video of creepy Joe touching up kids, why don't you comment there and give me one reason why we shouldn't think he is a paedo?
Would you let him near your kids? Honestly?
www.abovetopsecret.com...
👎
edit>>> There are 3 videos and a disturbing picture, I can post more if you like, bump my thread showing the truth about your chosen one...Trump is going to destroy him, he is a dirty auld bastard who fondles kids as far as everyone in the world who isn't a democrat can clearly see.
edit on 27-4-2019 by RUokayHun because: (no reason given)

I am also curious how legal it was for him to order the firing of another countries Prosecutor General, with the threat of cutting of millions in funding, because he was investigating illegal business dealings Bidens son was involved in.