page: 1
33
<<   2 >>
log in
join
share:
727Sky
+12 more
posted on Apr, 25 2019 @ 01:32 AM
link
I have always thought when NSA or some military branch said there was no national security threat or that they did not investigate UFO sightings they were lying through their teeth or out there butts. It appears now that at least investigations will be more forth coming and hopefully those who file the reports will not be ostracized like many have claimed in the past.. a small step but one that has been needed for a long time IMO.

Chris Mellon, a former deputy assistant secretary of defense for intelligence and a staffer on the Senate Intelligence Committee, was less laudatory.

"I don't believe in safety through ignorance," he said, scolding the intelligence community for its lack of "curiosity and courage" and "failure to react" to a strong pattern of sightings.

A recent uptick in sightings of unidentified flying objects — or, as the military calls them, “unexplained aerial phenomena” — prompted the U.S. Navy to draft formal procedures for pilots to document encounters, a corrective measure that former officials say is long overdue.

“Since 2014, these intrusions have been happening on a regular basis,” Joseph Gradisher, spokesman for the deputy chief of naval operations for information warfare, told the Washington Post on Wednesday. Recently, unidentified aircraft entered military-designated airspace as often as multiple times per month. “We want to get to the bottom of this. We need to determine who’s doing it, where it’s coming from, and what their intent is. We need to try to find ways to prevent it from happening again.”

Citing safety and security concerns, Gradisher vowed to "investigate each and every report."

Luis Elizondo, a former senior intelligence officer, told the Post that the new Navy guidelines formalized the reporting process, facilitating data-driven analysis while removing the stigma from talking about UFOs, calling it “the single greatest decision the Navy has made in decades.”

posted on Apr, 25 2019 @ 03:40 AM
link
In essence this probably still doesn't change anything as most incidents deemed too 'out there' by the top brass will still probably get classified anyway, sorry to rain on your parade

originally posted by: 0bserver1
So meaning that defense budgets will rise the upcoming years I guess?

As opposed to those years in which it dropped?

I'm curious what they're going to do against these kinds of phenomena?

It's hardly traceable to lock on. Seems almost as it doesn't have any hardsurface components. No emissions.

It's almost as if they've created intelligently controlled swamp gas acting as a lens flare?

No reason to keep that stuff secret. Especially the bloop.

An oldy but goldy thread.
www.abovetopsecret.com...

Hell you guys asses aint even attractive to travel light year for a one night stand.

See, even the US pilots knows the biggest threat isn't China. It is in space. So stop blaming China for everything and actually do something to get the population into space. Aliens are showing up more and more. There is no stopping this, the Secret Gov will no longer be able to hide because they already pissed aliens off as well as the world.

originally posted by: grey580
I wonder if they will let Naval Sonar operators talk about what they see.


There are a lot of people who work outdoors who see weird stuff all the time. Forest Service workers who live in those little fire spotting stations for weeks at a time, for instance. They also see stuff but don't report it because they like their jobs.

posted on Apr, 25 2019 @ 06:14 PM
link
Here's an interview with Chris Mellon, former CIA and intelligence vice-secretary, affirming that now we only have two hypothesis for the objects moving at 15,000mph:

1. It's either Russian or Chinese aircraft.

2. Or an more advanced civilization visiting us.


I think we might be in a slow track to disclosure... If the government actually knows anything.
edit on 25/4/2019 by vinifalou because: (no reason given)

originally posted by: makemap
a reply to: Specimen

While I’m not sure I agree with this in terms of groups - this is right.

Like it or not, if we don’t band together as a species at some point we’ll destroy ourselves because of cultural/ideological/racial/geographical differences. The alternative to that is permanent war.

I try to be a realist which means this probably won’t happen in the lifetime of anyone who reads this thread. But, the logical outcome from not becoming united as a species is self or planetary destruction - it will ultimately come down to the last man standing. We’ve tried that before and it didn’t go well.

We could advance our species so quickly

But, that won’t happen. Power reigns supreme, we play a self-imposed zero-sum game and we’ll probably blow each other up.... so much for being the most intelligent species on the only life supporting rock

originally posted by: Zcustosmorum
In essence this probably still doesn't change anything as most incidents deemed too 'out there' by the top brass will still probably get classified anyway, sorry to rain on your parade

I suspect you're right about that!

originally posted by: KansasGirl
a reply to: 727Sky

I'm not saying you can trust everything he says, but I believed him when he said this is not a US experimental aircraft, but right after that he makes your point by asking "How did it accomplish these feats?": 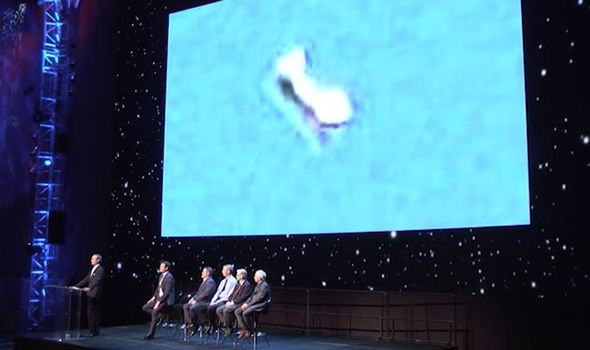 
The UFO, which was also captured on Navy radar video camera, was said to "defy the laws of physics" in its movements.

With a large version of the still image behind him on a screen, Mr Mellon told reporters: "Clearly this is not a US experimental aircraft, but whose is it?

"How did it accomplish these feats?"

He was telling the truth that it is not a US experimental aircraft, but I'm suspicious when he asks "What feats can this do?" 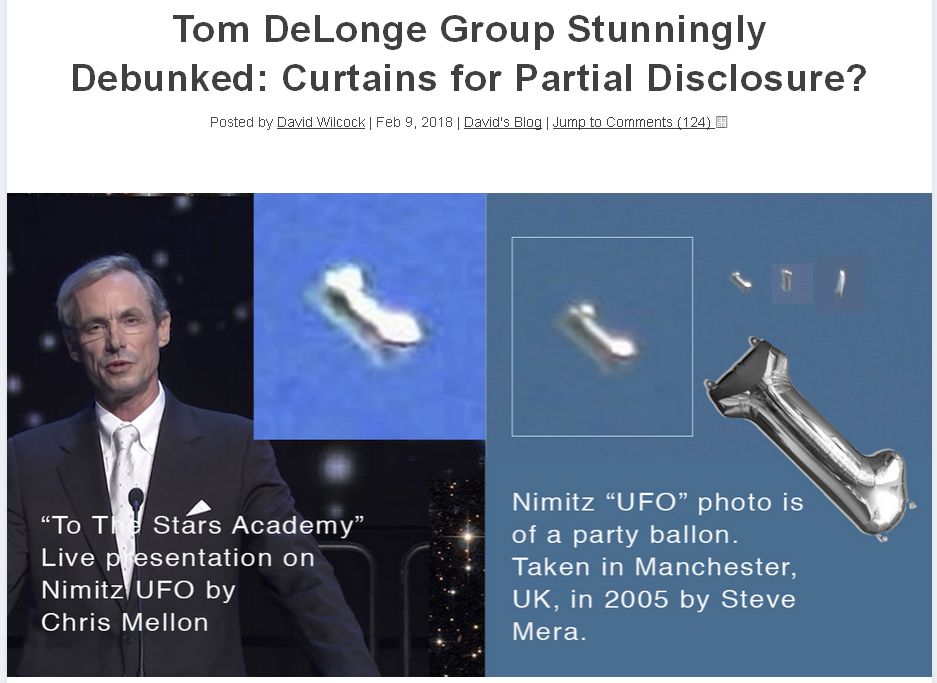 I'm not sure what it can do besides getting blown around in the wind but either this seems like a disinfo campaign or else the old adage that some UFOs are really balloons is true. Especially in Mexico it seems like a lot of balloons get reported as UFOs, but it can happen anywhere.

I was speaking to someone a week or two ago that was recounting how they were out hunting on a reservation and came across Bigfoot. His friend has a chunk of missing scalp where Bigfoot was throwing rocks at them and it whizzed by his friend head.