Surely it’s not “Orange Man Bad” at the top of the list for EVERY single dem candidate.

The remaining six democrat voters may be ok with that platform but if they want votes from anyone with more than 2 IQ points they’re gonna have to come up with at least ONE campaign promise or issue.

Just ONE would be good.

When they finally come out with one, it’ll be hilarious.


originally posted by: oklalittledixie
a reply to: Metallicus

She's pickled her brain with all that Napa Valley wine.

Ugh. That's the funniest, and worst gif I've ever seen. 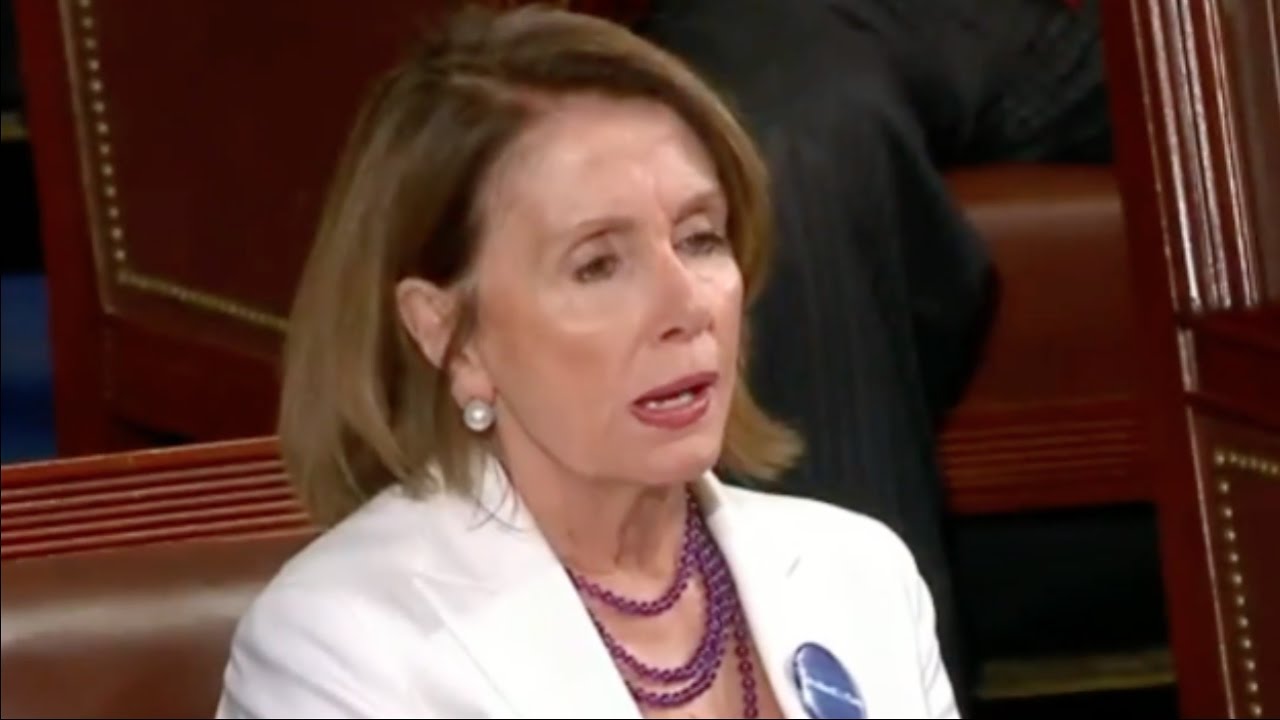 It makes sense. She can't say two words without slurring.


originally posted by: oklalittledixie
She knows this is a killer for her party in 2020

More likely she was told by her handlers. I don't think this woman is capable of intelligent thought.

They have a roadmap to hang themselves...and they're drunk-driving a 1976 Ford Pinto.

originally posted by: LSU2018
a reply to: Plotus

How will they reach out to Americans though? Their platform only consists of "FREE" and "I HATE TRUMP"... Nothing that'll help or benefit Americans. They have nothing.

Yea... and frankly it pleases me as a Republican. But we need some balance in our party system otherwise all the cretans will come to where the jobs and money are, the surviving Republican party.

At her age, her meds do affect the brain also. She doesn't care about anyone but herself and who doesn't in the world of the corrupted political arena.

Too little, too late.

To expect any logic, rational thought, from the left is just asking for too much.

The leftists have shown their true colors. They are cowardly enemies of the nation and never to be thought of as decent Americans ever again.

Watch these pathetic communist authoritarians pretend to act like Americans and their loyal sheep follow them bleating their pathetic talking points!

posted on Apr, 22 2019 @ 05:09 PM
link
The win-at-all-costs stark opposition to Trump has done more to help and legitimize his power and influence than anything Trump has actually done himself. Trump is in actuality a hindrance to his own cause. Stop trying to shut him up and let him figuratively hang himself by giving him more rope and letting him talk. You'll quickly see that without his yin-yang funhouse mirror to bounce his drivel off of he'll soon have less and less to actually say.

In the 2020 debates, the democrats would be best served to ask Trump to define his positions than they would attacking his positions. Apply the maieutic method. Instead of proselytizing your truth, give birth to a common truth in the view of the public by exposing Trump's misconceptions and faulty assumptions by simply framing your offense as a series of questions that give Trump the platform to defend his position.

It is the Alex Jones principle. The easiest way to get a fool to hang themselves is to provide them the rope and platform in which to do it.

originally posted by: oklalittledixie
She knows this is a killer for her party in 2020

We need to shut her up then.

posted on Apr, 22 2019 @ 05:13 PM
link
If the Democrats were intelligent they would quit bashing Trump, laud a return to normalcy with apologizes to WGH. Avoid the Trump turmoil and select a candidate that moderates can identify with. Dont think Bernie or Biden fit that bill possibly Tulsi Gabbard to represent a stabilizing influence instead of a divisive one. Finding that is their only chance, think there is a certain Trump weariness even among Republicans who are just tired of the turmoil too. Even then as long as the economy is good hard to see him losing baring a major setback or scandal.
edit on 22-4-2019 by putnam6 because: (no reason given)

posted on Apr, 22 2019 @ 05:18 PM
link
I find what the Democrats were doing in conjunction with the MSM way more disturbing than anything Trump was doing. I know, it is not all the Democrats, but the good Democratic congressmen and women should have stood up to stop this instead of agreeing and fueling the fire of the half dozen delusional congressmen and women that were leading them down the wrong path.

The Republican agenda is to strengthen the economy of this country to keep it from a severe collapse, the Democrats want to just keep on the path of a growing but insecure economy. To fix it properly will take years of moderate change back to a more secure economy, we need more people working here making the stuff our society really needs. That will strengthen our country. We do not need to bow down to Europe, we broke away from them long ago, people moved here to get away from their rulers and to live with less government dominance. The Democrats want government controling society, sort of like a distorted socialism. I prefer to be free within reason, I like posting my thoughts on ATS without worrying of the police knocking on my door because I made a comment that was not considered socially acceptable by a small group of people who seize social control over the country.

But AOC thinks they should impeach!

AOC = author of chaos. Does she look like one of the fallen angels in disguise?

If the Democrats try to remove the President by force the streets will run red with blood.

Even though McGhan spent 30 hours testifying to Mueller's hit squad, Nadler says Mueller was "Executive Branch", just like the White House. There may have been some "privilege" taking place during the interrogations.