Holy Crap Notre Dame Collapse Portrayed In I Pet Goat 2 what are the Odds WOW 6:00min in

posted on Apr, 15 2019 @ 06:59 PM
link
Well i didn't see this coming and is it just a stretch? Was it preordained ? i know there has been exhaustive analysis of the video but just watch in the back round where Jesus is in the foreground heading out while hes lit in flames??

Except it didn’t collapse.

posted on Apr, 15 2019 @ 07:07 PM
link
Shortly before the NZ attack, there were pics in the Daily Mail online of the Queen and Teresa May wearing purple. There was also a pic in another article of someone in purple. Same day.

A couple of days ago, their was a pic of the Queen and one of her jockeys, the jockey in purple and red, the Queens racing colours. Also another article with someone wearing pure and red.

Olle Dammeguard tells us to watch out for the purple/red/gold combinations, as they often signal a false flag.

The crown of thorns disappears with the temple (that only we see) over the time travelers shoulder.
The Benben stone exploding on the pyramid signals an end of times .

Okay, I'm trying to follow you here. This is quite the catastrophe.

This is animated clip of Jesus in a strange, otherworldly landscape was posted in September 2013.

However, just because a fire unintentionally or intentionally caused the spire to collapse in flames, it doesn't mean there has to be deep spiritual reasons, foretelling, and fairy dust thrown on it. I understand how this is very significant to a lot of people and the scene was very beautiful in an artistic way, providing for imagery that's so good, er.. so bad that it has to be God at work.

I'm sorry to inform you that this is not the case and that you can return to your normal life that's apparently fairly uneventful requiring conspiracy theories to spike feel good excited chemical reactions in your brain. Things just happen or things happen because people make them happen. It sucks but it's life. God made it that way.
edit on 4/15/2019 by r0xor because: (no reason given)


Yep. The CGI artist/programmer is spoken to by God and he only. Either that or he deciphered something, figured out the sequence of events. At any rate, the pyramids will be damaged or destroyed next just like in the cartoon. Then the end of the world begins.

It's about to go down. The only way you can be ready is to be faithful. If your fate ends up as a meaningless casuality during the disasters and wars, it was meant to happen so you're good for eternity. God had you in the script and it was his work, only death by him is a good thing, probably the best thing that can happen to you, better than a martyr that died by a person's hands.

No worries if you believe that none shall come nigh thee because you're protected similar to the original passover. The destruction will be a masterwork that miraculously avoids the believers.
edit on 4/15/2019 by r0xor because: (no reason given)

We should review all Simpsons episodes.

Hugo ends the preface of Hunchback with the dark prediction that “the church will, perhaps, itself soon disappear from the face of the earth.”

There was also a pic in another article of someone in purple. Same day.

Really? Could you be more vague?

So anytime something happens, if there was an article online involving the color purple then anything that happened within days of it was a false flag?

I’m all for conspiracy’s but dam this one could qualify anytime, might as well be if you see the number 2 online then blank was a false flag.

So it did... is something considered “preordained” if it’s ordained by imposters?

He’s not unknown. His name is Louis Lefebvre. I remember watching a long video of him semi-analyzing it himself. If I remember correctly, he’s Canadian.

Jesus in that CGI had a red fiery heart.....
Check this graphic picture just on BBC.
Look at the whole picture 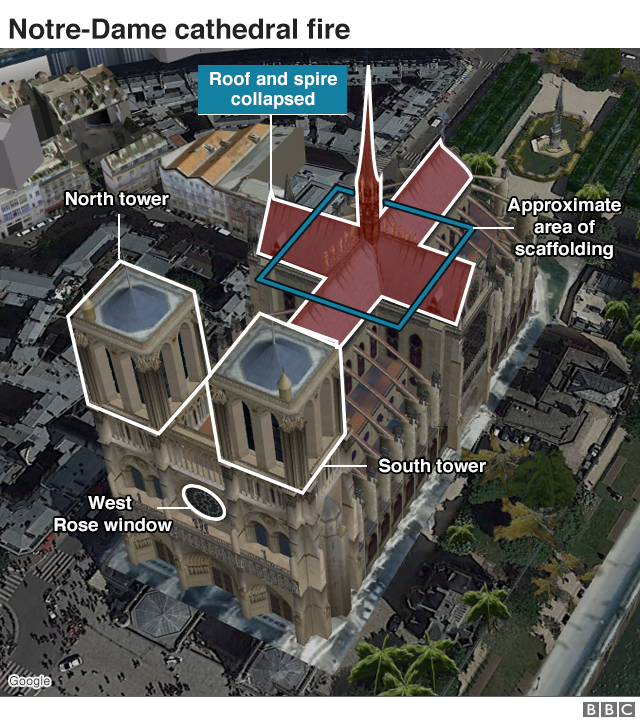 He even has the beard.

posted on Apr, 15 2019 @ 07:53 PM
link
It's not Jesus in the video. It's the anti-christ. It uses Jesus as symbolism for worshiping a false prophet. Someone that is to rise or be born into the chaotic world during times of destruction (as you can clearly see in the video..) and present himself as someone who can fix all of the world issues by uniting as one.

I'm sure soon enough we will see this come to pass shortly after WW3/Magog war or a major world disaster, if any of us still exist at that time.
edit on 15-4-2019 by CeeWhizzle because: (no reason given)

And like Peter Pan, needs people to 'believe' again in order to free him from the bonds of mamon.

That is one creepy cartoon.