posted on Apr, 15 2019 @ 03:56 PM
link
Aircraft belonging to the 388th and 419th Fighter Wings deployed to Al Dhafra Air Base in the UAE. The deployment was unannounced, and no reports from spotters were published about them going through anywhere.

This is the first deployment for the F-35A to the AFCENT region. No word on how long, or where the aircraft will operate.

They supposedly did recently but denied the reports.

They confirmed the earlier flights in February after refusing to comment for awhile. Wouldn't shock me to eventually learn the latest visit happened, too.

It wouldn't me either. They reportedly had some issues during the first visit, so it would help to send them again. 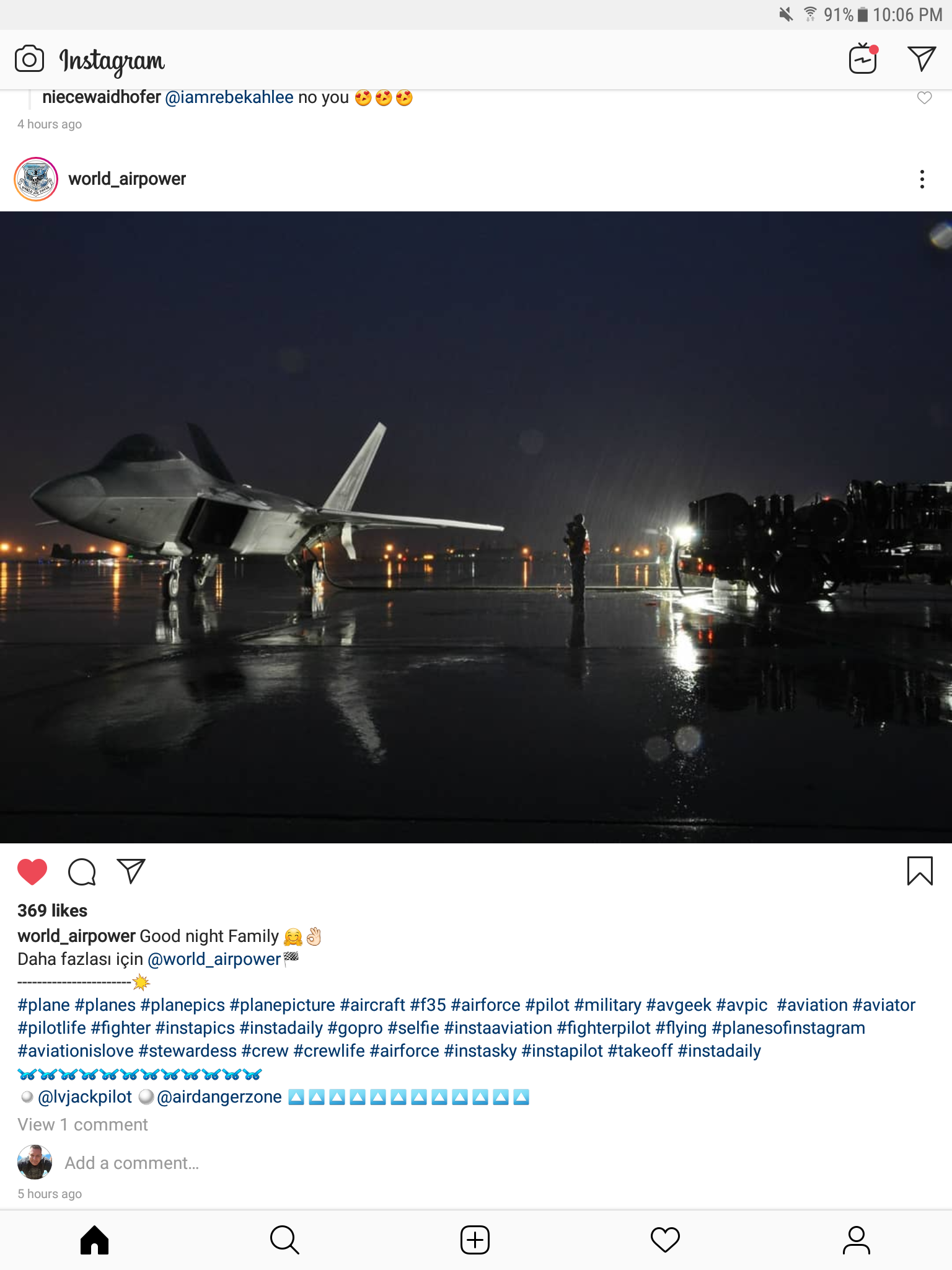 
originally posted by: Bigburgh
a reply to: Zaphod58

Ooooooops!! Big mistake on me, and it's Instagram too☹

posted on Apr, 16 2019 @ 12:46 AM
link
Another waste of of resources on the Middle East. Unless it’s being used as a test bed for F-35 capabilities. Then one has to wonder, soldiers died for a test bed?

Hashtag, # the Middle East. Let them kill themselves.

posted on Apr, 30 2019 @ 11:10 PM
link
Forgive my stupidness, missiles on the wings ? Does this not hamper the aircrafts stealth capability. Ok in a theatre where's there isn't a great deal of threat to the aircraft but I've always wondered if the aircraft doesn't carry external munitions does the greatly reduce its payload? What's the payload for its internals ? Would me much less than a aircraft that doesn't have stealth capabilities and is designed to carry its munitions externally ?

This will give them the opportunities to test and adjusts their S -400/500 radars/ signature gathering gadgets.

originally posted by: Zaphod58
a reply to: Qboneq

Don’t you think that the Russians “knowing" that too..? It is their job to analyse and separate the facts from fakes.

Syrian S-300 hasn’t fired anything yet “knowing” both israeli/ western allies watching in their listening posts eagerly, the same going to happen to both Russians and their allies gathering information opportunities.

Funny is…. It cost +30k for every hour F-35 flight. You already know that of course. Saudis are going to pay for it?

"Knowing" that still doesn't do them any good. The point of both of those is to increase the RCS of the aircraft. Having the wrong RCS won't do you a damn bit of good, except to be able to recognize the RCS under those circumstances. It's not going to help them to see the aircraft when it's flying under full stealth conditions.

They've already had the opportunity to see the F-35 flying under those conditions with the Israeli aircraft flying around the area. No one is going to rush to fly them around with their actual RCS showing.

Yes, it costs that much to fly, and if they weren't there, flying their first combat, you know what they'd be doing? Flying around the US, doing basically the same thing, with dummy bombs.