U.S. Marine Corps vet, Myles Panosh, was on his phone talking to a friend, when he spotted the UFO at @8:45 p.m. Since he was unable to film it using his iPhone, he was able to get his neighbor, Jeff Lavicka, to capture the event on his Samsung Galaxy S4.

The neighbor was able to film the "multi-colored lights" and "a seemingly opaque wedge-shaped “Star Destroyer”-like spacecraft" for 15 minutes. This footage was made into a short film, (shown below) entitled the ‘Manitowoc Incident’ and was posted on YouTube on April 10, 2019.

An exclusive short film published to social media on April 10, 2019, offers viewers an inside look at what one U.S. Marine Corps veteran described as a “massive” UFO incident that took place near a Lake Michigan nuclear power station the night of March 24, 2019.

What the videos show include multi-colored lights appearing at the apexes of a seemingly opaque wedge-shaped “Star Destroyer”-like spacecraft attended periodically by additional luminous bodies in flight blinking on and off in the nearby field of view. There are no stars or other celestial bodies visible in the background suggesting the UFO’s luminous emissions were brighter than starlight and that the subject was operating within Earth’s atmosphere. It stands to reason that if the smartphone camera’s low-light threshold included imaging of celestial objects, dozens would have appeared in each upwards-facing video frame accompanying the subject under clear night sky conditions described by the witness.

During their telephone interviews for the “Manitowoc Incident” both Myles Panosh and Shelly Schmidt recounted a subculture of testimonies from local residents and visitors to the area who said they had seen lights in the sky near the nuclear site and over Lake Michigan. An article from the Detroit Free Press from March of this year cited eerie lights appearing along near 200 miles of Lake Michigan shoreline in witness reports from 1994 highlighting how these reports remain unsolved to the present day.

John Carpenter’s “Starman” (1984) crashed an extraterrestrial scout ship on the northwestern side of the Chequamegon-Nicolet National Forest in Chequamegon Bay, WI. The city of Green Bay and the Door Peninsula where the Point Beach Nuclear Plant is stationed reside off the southeast edge of the same forest...Tales of UFO sightings at the nuclear site are said to have been part of the fishing subculture and the area’s reputation as a UFO hotspot may well have earned it an indirect placement in the film’s cosmology.

According to trained military observer Myles Panosh what he saw and Jeff Lavicka recorded that night was “Not anything we have. No way. Not even close. Not a chance. It was not a star. It was not a planet.

Info on the 1994 UFO sighting over Lake Michigan:

On March 8, 1994, calls flooded 911 to report strange sightings in the night sky. The reports came in from all walks of life — from police and a meteorologist to residents of Michigan's many beach resorts. Hundreds of people witnessed what many insisted were UFOs — unidentified flying objects.

Today, the mystery of one of the largest UFO sightings in Michigan history remains unsolved, but it continues to fascinate extraterrestrial researchers, psychologists and history buffs alike. 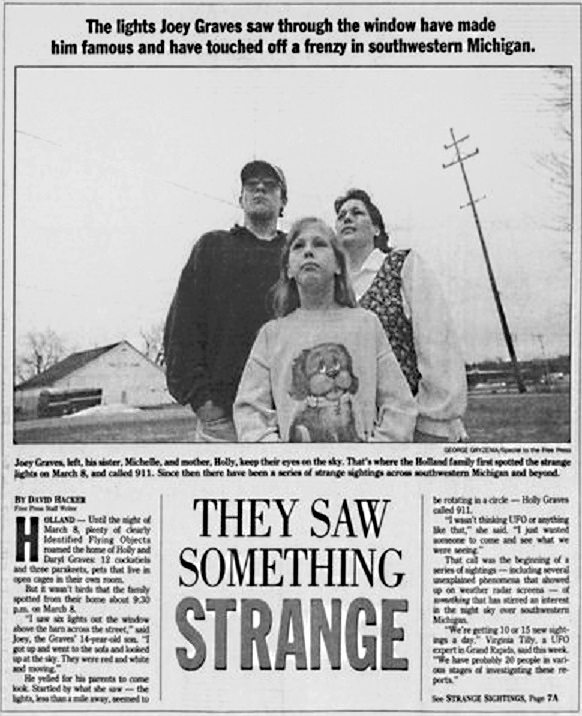 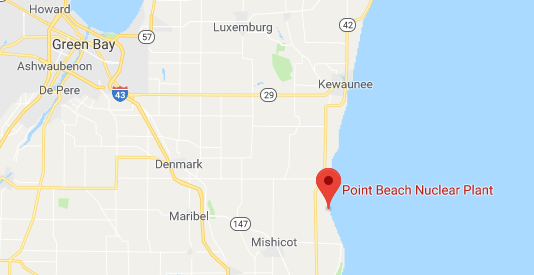 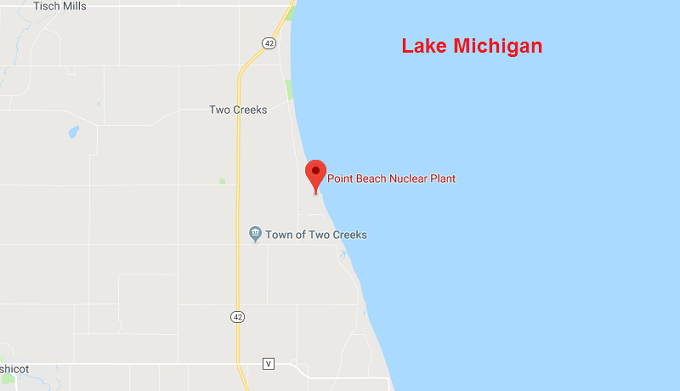 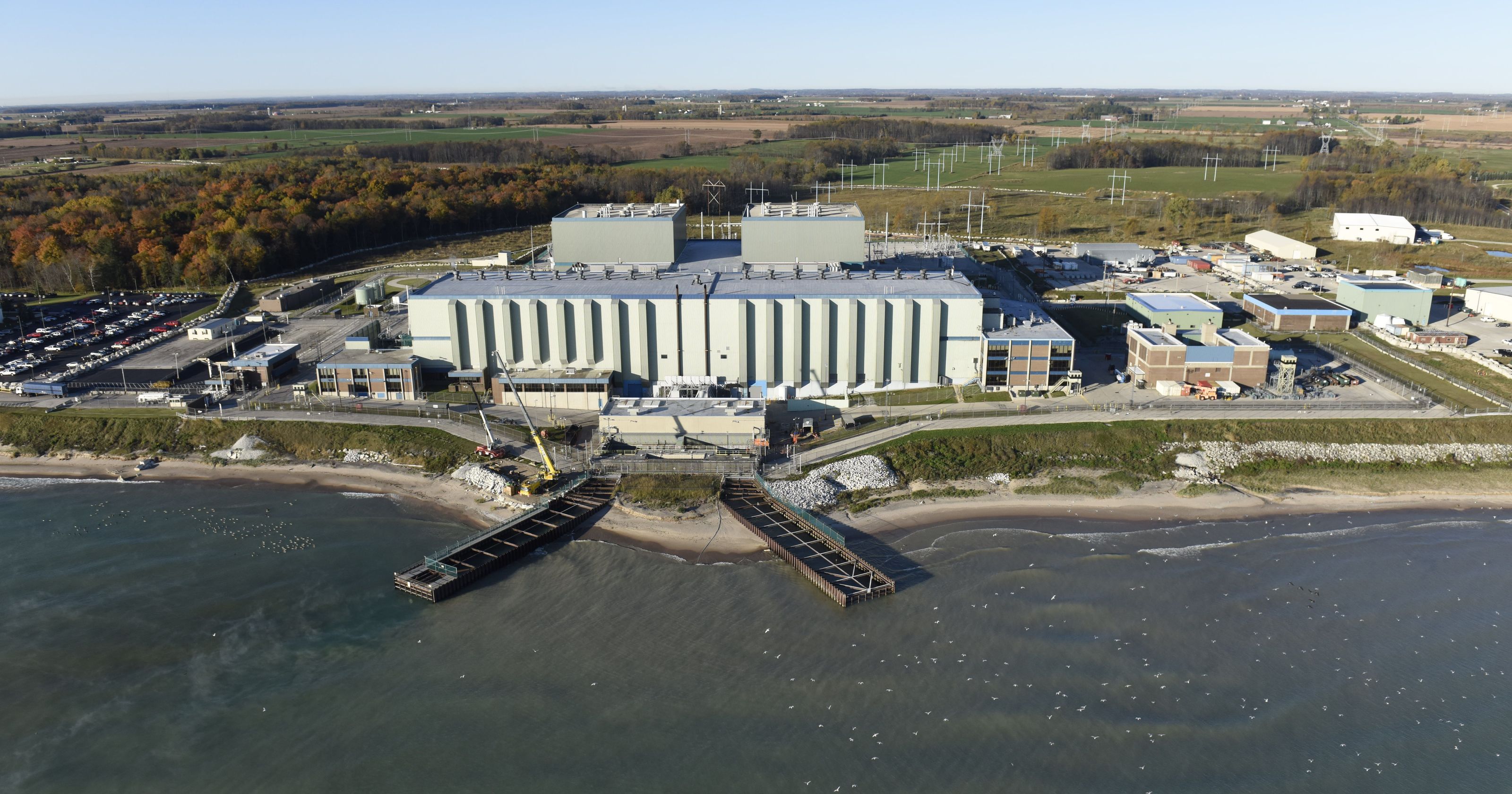 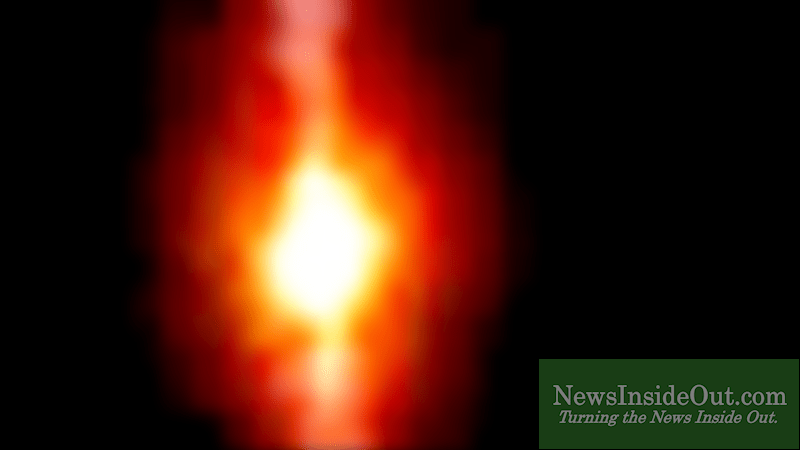 This short film explores witness testimony and video evidence for possibly the biggest UFO story of 2019. Stunning enhanced HD UFO footage, 8-bit granular audio analysis, dramatic recreation and the voices of witnesses take viewers deep into the night of March 24, 2019, when a massive UFO was recorded in the vicinity of a Wisconsin nuclear power plant by a trained observer with some help from his friends. Includes public testimony of U.S. Marine Corps veteran Myles Panosh.

posted on Apr, 13 2019 @ 04:14 AM
link
Looks interesting and massive indeed although with no reference point its hard to tell how big.

Not a fan of the nuts and bolts theory but am baffled at what is the point of hovering on top of nuclear plants or silos.Unless they know they will be filmed and act accordingly.

Also did a quick search on this panosh and schmidt,didnt find anything funny,will keep my eyes on this thread

Did you check if those lights had anything to do with what NASA just did over in Norway?

I think the fact we see so many UFOs over nuclear facilities including Fukushima just means there's something we fundamentally don't understand about nuclear energy.

Maybe that much concentrated energy on the ground just causes a strange effect in some parts of the atmosphere. Like a dipole?

posted on Apr, 13 2019 @ 06:06 AM
link
Calling this a piece of bovine excrement. Nuclear powerplant and only one recording? None of the guards personnel or even local residents saw it and noone other than the person who filmed it had a camera?
edit on 13-4-2019 by OriginalLoner007 because: (no reason given)

As you no doubt know Lake Michigan is a popular place for witnessing unidentified lights in the sky , here's a sighting from a couple of years ago which I believe to be flares , I think it likely the lights Mr Panosh saw have a similar origin.

What does being a marine veteran have to do with the validity of his claims?
The video is crap as well, and usual to be expected nobody else saw it...I'm not convinced at all.

Hey, I just post threads on UFO articles that I find interesting and that might interest others on ATS. I didn't make a statement on the validity of the vet, or the video.

What I DO know, is that neither the vet, nor his neighbor have posted questionable, hoax-type videos in the past.

What I DO know is that there have been MANY UFO sightings over nuclear power plants, not just here in the US, but all over the world, since the 1950's.

What I DO know, is that there has been past, unexplained sightings of UFOs, not just over Lake Michigan, but over the rest of the Great Lakes as well.

I could care less if you, or others, feel that the video or story is "crap," because everyone is entitled to their opinion.

What if it's alien spacecraft, then?...

'Zorak, it is now time for us to visit Earth, as usual, to perform our famous 10 minute light display, for our human friends, and then, return to our home planet. Hmm...let's see...well, we haven't performed over Phoenix lately, and last time, it was really fun... so let's go back there again, okay?'


Hey, I just post threads on UFO articles that I find interesting and that might interest others on ATS.


And you post threads with information in them about the sighting rather than just a video and "what do you think of this" tag line , that's always to be applauded.

For those complaining about the quality of the video ... well snidey half arsed comments aren't going to change that.

originally posted by: merka
For those that doesnt want to watch the video, here's the TL;DR of it's content:

(and also running at about 10fps, forgot to mention that)


Thank you! I won't bother then.

I'm suspicious anyway due to the "exclusive short film" it was made into.

Why so grumpy dude?
I was criticising the video, not you.
Oh and the correct term is 'I couldn't care less' because 'could care less' indicates you actually do care to a point but are capable of caring less 😛
Don't take things so personally.

The video is crap though, why do you think commenting as such is snidey?
Sorry to burst your 'I want to believe' bubble.
edit on 13-4-2019 by SerenTheUniverse because: Stupid auto correct spelling lol


The video is carp though, why do you think commenting as such is snidey?


What makes you think I was talking about you ?

Sorry to burst your 'I want to believe' bubble.


Those who've been here longer than you will see why that comment is so amusing.

What makes you think I was talking about you ?


Obviously because I was one of those who criticised the quality of the video.
Sorry to burst your 'I want to believe' bubble.


I've been in and around ATS over ten years fella, and if you think this video is remotely near evidence of a UFO then you do fall into the I want to believe camp lol, it is crap, in my humble opinion, and I'm not being snidey just making a personal observation.
If people want an echo chamber then don't post on ATS.
edit on 13-4-2019 by SerenTheUniverse because: Fix tags
edit on 13-4-2019 by SerenTheUniverse because: F

I like this thread. Very thought out and informative. I also like the fact that it supplies real video footage.

Why are haters coming in here and trying to trash one of the few threads on ATS — that is not about politics???

Thanks again for the interesting read Shawman.


I've been in and around ATS over ten years fella, and if you think this video is remotely near evidence of a UFO then you do fall into the I want to believe camp lol


Then you'll know that I'm not a believer , no bubble to burst.
Of course the video quality is crap it's a UFO video ! , where did I say the video was evidence of a UFO ?

If people want an echo chamber then don't post on ATS.


Have you visited the political forums.

I've clocked two 'star-destroyer' type almost drifting from one installation to another.

the most interesting seen was directly over an installation (uk) with a rhombus diamond shape slowly
rotating anti-clockwise in the mid nineties.