You paid taxes. These corporations didn't. 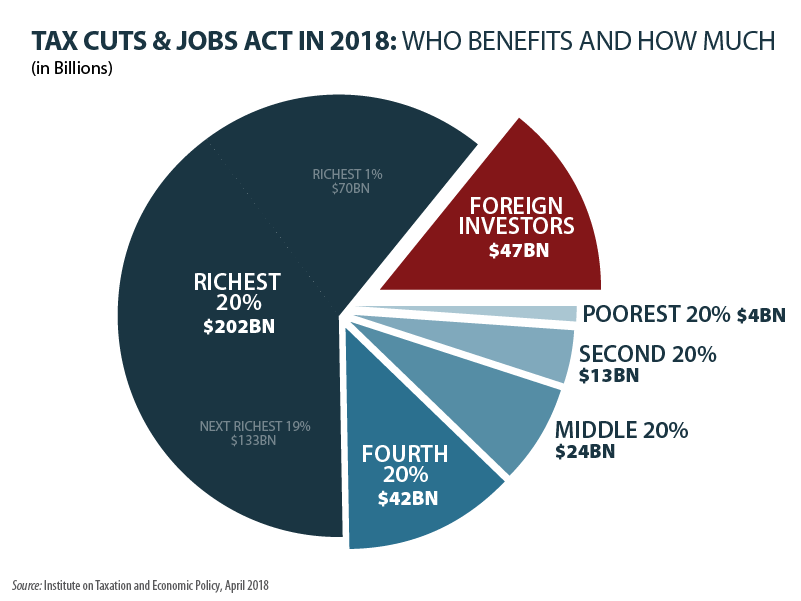 With all these tax savings - how are we going to pay for the bloated socialized 'military/industrial complex'.

Hilarious that conservatives defend this tax dodging, no surprise though they love corporations that use minimum wage workers that require government assistance to survive, I think it's called winning.

originally posted by: olaru12
So with all the government benefits for the corporations...

Yes for some reason socialism is needed for corporations but the rest of us can suck it up, well unless as you point out become a corporate entity which is exactly what I will be doing.


Tax dodging is a specific crime.

That is not what is happening here.

If you want the tax code to be fair we need to scrap the 80k pages of tax code and replace it with a flat tax scheme. No more "dodging".

Nationalizing a corporation is socialism.

Cronyism is what you're looking for.

Socialism has a very specific meaning.

I'm not saying tax dodging is socialism, I'm not saying its a crime either because no doubt the tax lawyers have found legal loopholes, my comment is directly related to corporations paying less than a living wage to its employees and the reality that those people then rely on government handouts as well as the the government bailing out these companies when they fail using tax dollars. The corporations avoid paying tax yet are bailed out with tax dollars, now as far as I understand it that is wealth redistribution, aka socialism.

Not every single corporation is bailed out with tax dollars.

A tax return isn't a bailout.

"Loopholes" are things like itemized deductions. For some corporations, those deductions can lead to a net neutral tax burden for the year or even *gasp* a tax return.


"Loopholes" are things like itemized deductions. For some corporations, those deductions can lead to a net neutral tax burden for the year or even *gasp* a tax return.


Itemised deductions are basic business practice, these tax lawyers aren't paid big money to find deductions on business costs a person can do that themselves or pay an accountant, they are hired to find ways to avoid paying tax on profits like using charities and offshore accounts in tax havens.

If you look and see you will notice each state is incorporated,what the corporations do is tell the state,I willing to put up buildings,streets etc,pay for employee benefits,but these are my terms,the state can take it or leave it ,this is no mystery look what happen in 1934

The tax code is despicable. It is a form of wealth redistribution -- i.e., socialism -- and it's also a way to force corporate servitude.

No one should be paying any income taxes on earned labor. Period. Everyone has a natural right to make a living for themselves and their families without paying the government for the privilege. From the lowliest least paid employee to the highest paid CEO. If you work for it, then it's yours.

If individuals must be taxed, they can be taxed on unearned income. Including inheritances. No one has a natural right to an inheritance.

These tax loopholes also skew the free market in that the corporations are charging customers as if they did have to pay income taxes on their profits -- because the customers always pay a corporation's income taxes via the prices they pay -- so we are paying "free market" prices for a subsidized corporation. Not cool.

And, of course, these corporate loopholes also give many corporations a huge market advantage over other smaller companies, including individuals and sole proprietors who cannot compete because of the un-level playing field. Thus forcing more and more people into corporate servitude.

Which then allows corporations to pay their employees less, which then qualifies many working folks for welfare and other social programs designed as a safety net for the temporarily and permanently unemployed...

It goes on and on and on. There's nothing fair, just or moral about it.

What about the law you have that gives corporations the same rights as people? I’m confused?

Neither party wants to fix the problem, I agree it needs to be fixed.

I'd love to know just how much of this WINDFALL is leaving the country and residing in tax haven countries.


I'm told that where I live in the British Channel Islands, there are Company global 'headquarters' that are basically a room in a building, with a plaque on the wall outside, a letter box, and a desk with a secretary and a phone.

That's all it takes, congratulations, you are now based off-shore.

posted on Apr, 13 2019 @ 10:51 AM
link
Trump and Republicans keep saying that lowering taxes is the best way to improve the economy. Trump lowered it to 22% i think and corporations still find loopholes.

"Trickle down" while corp. Continue to outsource jobs and avoid paying taxes.

The thing is, trump knows exactly how this works as he lived in that world his whole life.

posted on Apr, 14 2019 @ 01:28 AM
link
a reply to: FyreByrd
The retired librarian zombie dog is right, corporation don't pay taxes. And any taxes they would pay is already put in there expense or price that you would buy or pay for there products or services or whatever, even mom and pop small business do that, much less multi billion corps with whole army's of lawyers at there disposal.

So ya, any business that does not already calculate for taxes in there expenses, wont stay in business long.

The whole rest of it, is just a charge on there profits, which are already guaranteed, but they likely forgot forgot to move offshore. And also if they fail, well you all can pick up the bill, and next year they will still be moving to Mexico. Simply because corporation and business only and solely exist to make money, that is all, nothing more to it, and nothing less.

I don't think we have had capitalism in America in along long time, maybe never or at least not for those in power, capitalism is for the masses, as for the whole Republican and Democrat thing, that's just the crap they shuffle around every four years. The revolving door of the corpracy is like a salon door in a old western film, its why on capital hill its all filled with rich peoples nephews and cousins, and second to third cousins, anything from Baldwins, to Meyers and kennedy's, to even billy bob heinz, yes the ketchup variety.

And off course special interests. Capital hill, is that place those who have millions to burn, go to turn it all into billions by playing the game, but there is an entrance fee, no poor people allowed to play that game. And off course to serve the interests of there particular group. As for the IRS, well they are there to serve there purposes. Just like everybody else.

And not only that, but what is the reason why everybody gets up every morning?

So what is it that you expect? Out of this whole dog and pony show? When its the game you and everybody else chose to play?

Its just a revolving door on a cushy job, the majority of government and people in power and corporations, is a socialists dream were one hand washes the other, and sometimes a reach around. I really don't see why anybody would expect anything out of it all. Its like expecting a kid in a wheelchair to outrun a porches, its just silly.

They are in no way shape or form capable of such a thing.

Its funny how people are so beholden to words, and if you repeat a fallacy or lie enough it becomes a reality.

This war on Taxes every few years, is basically different groups fighting over who should get whose piece of the pie. Just different groups vying for more power, its a game the rich play and the working class pay for. Dont ask me why, but its what they do.

I think its because of the top class entertainment they have on the tube each night, you know the Trump and Obama show. People seem to like such shows, but in reality its Reruns and rehashes aplenty. And they will still be arguing about whos the bestest for a long while yet, even while there out of office.

Or as ol gheorge porgie said it, the American Dream, you have to be asleep to believe it.

But anyways, as far as things are concerned. Things are coming along nicely, I mean what else would one expect in this world. Considering with what you have to work with. Its evolution, from monkeys to monkeys in suits, now that is what I call progress.

But I would not expect much out of it all. For the system and the cogs in said system are not capable of it.