originally posted by: xuenchen
😆😆😆😆Democrats in a ferocious scramble for the bait 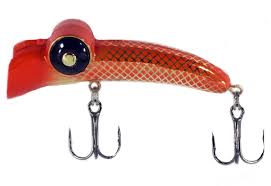 This guy is what happens when you get so indoctrinated into your daily Democrat vs Republican internet personality star bait nonsense that you view every post that is critical or accusatory towards the President or anything Republican related as Democrat or liberal.

Quotes with emojis says Democrats baiting to start arguments in a witty way gets stars from political fans. Excellent one liner! You could take a dump on the forum and it'd be appreciated. Carpe diem, more clout awaits elsewhere from someone who takes your bait because it offended their liberalness.

I call a spaid a spaid. You couldn't see a spaid unless outspoken people you respect and agree with call a spaid a spaid because the spaid might be someone or something you're not supposed to be critical of. I crack eggs on enemy stooges on social media to applause from politicially aligned peers. It makes me feel good about myself. *tap dances for peanuts*
edit on 4/12/2019 by r0xor because: (no reason given)

There were so many layers to it.

Question the story. Just 2 examples:
Why did he (pretend to) resist?
Why was he allowed to hold the book whilst being 'dragged out of the embassy?


To be able to stage something like that takes powerful people.

I believe it all points to:
President Trump knows what's going on, but distances himself because he can't comment.

posted on Apr, 12 2019 @ 02:20 PM
link
Spaid, spade, whatever. This is political mud-put because I had nowhere else to put it so I take back part of the strong wordedness of my previous reply. Bait is a daily occurence here but I don't bait left vs right "debates". I can only assume I'd recieve a similar response in a similar thread of someone else's.

What I've seen as someone with no party affiliation since 2008 who was indifferent in 2016, even wanting Trump to win out of not thinking Hillary was fit to be President is Wikileaks being praised repeatedly and touted then this.

Trump deferred purpose to the Attorney General to suggest this is his doing, something he found. Didn't Barr only recieve a lukewarm reception because he wasn't as right as Republicans were expecting? Something about his past, that he might not have been firm enough handling the Mueller report? Could it be his Department's show? Someone not exactly favorable but with no loss, Wikileaks was no longer of any use and a liability if anything.
edit on 4/12/2019 by r0xor because: (no reason given)

Kinda speaks for itself I think.

I sometimes wonder if he actually legitimately just runs his mouth and forgets what he says 2 minutes later.
edit on 12/4/2019 by dug88 because: (no reason given)

originally posted by: dug88
I sometimes wonder if he actually legitimately just runs his mouth and forgets what he says 2 minutes later.


I call a spaid a spaid

We'll let the spelling slide in lieu of the wicked hilarious burns he dropped.

originally posted by: Tartuffe
As per protocol, when the press submits Trump's statements to contextomy, the context is required.

Right so context only matters when defending Trump, okey-dokey then(400+stars lol).
Actually, re-reading that little speech over doesn't add any context or vindicate Trump like you think it does, he says "I know nothing about Wikileaks", " Julian Assange blah blah blah", passes off responsibility to AG, reiterates "he knows nothing, it's not his thing".
Ergo, the exact point made in OP!

I wonder how many read it too. Especially those who were claiming there was so much incriminating information in them. When there was none.

I promise you the left will never defend him.

With context... still a straight up lie. And yet another example of where context doesn't help Trump whatsoever. In that paragraph alone is "I know nothing" and "I know" and "I've been seeing". So... he doesn't "know nothing", now does he. Ugh, it's like this idiot still thinks we can't just go back and watch videos of him yammering on about his "love" for wikileaks. Or any of his other litany of lies and flip-flops.

Obviously that is exactly what he plans to do. He is denying him now like Peter denied Jesus.

What does telling people to break the law and not to worry about it I will pardon you later mean?
Can you tell me that? Is that something people would think was okay?

Maybe, I don't know what the ramifications of anything surfacing from their alleged correspondence would be aside form if Stone lied about it under oath.... I think it would depend on the content of alleged discussions.