posted on May, 2 2019 @ 01:51 AM
link
a reply to: andy06shake
You may not have created them but you are posting and sharing them, so you're part of the fake news distribution
I'm guessing you believe them, otherwise you wouldn't post them.

But to be fair, your last one with the bus was slightly funny.

What do you mean fake Brexit? I don't get it...

originally posted by: eletheia
And as 83Liberty said in her post


Not that I care or anything, but I am actually male.
My username is the year I was born and I believe in liberty, so I put them together.

originally posted by: 83Liberty
Not that I care or anything, but I am actually male.
My username is the year I was born and I believe in liberty, so I put them together.


So sorry! and too late to edit.

And me always saying people shouldn't make assumptions, and being careful to

However keep up the good fight, I'm right there behind you!

Aye, it's me that's responsible for all the lovely ""FAKE NEWS"" doing the rounds.

Me and millions of other like-minded individuals.

We are just bad people you see. LoL

The solution is self-evident buddy, if you don't like the pictures or accompanying wording, then don't bloody look at them, problem solved.

The entire Brexit process has thus far been un unimplementable fakery in the extreme. The reason you don't get it is because your probably are not getting Brexit, at least not the way you will want it anyway.

posted on May, 2 2019 @ 05:31 AM
link
Here's the Brexit Party rally at Newton Abbot yesterday, unveiling yet more impressive candidates...


We have...
James Glancy - ex Royal Marine who received the Conspicuous Gallantry Cross (very rare! link), and now a specialist in conservation.

It's a good watch!

posted on May, 2 2019 @ 05:35 AM
link
a reply to: andy06shake
You can do as you like. The point I was making is that it's a rich bit accusing others of lying when you do it regularly yourself.

posted on May, 2 2019 @ 05:54 AM
link
I forgot to add that there will be a by-election in Peterborough on the 6th June and the Brexit Party will be fielding a candidate!

I voted for Brexit on the night of the vote I went to bed and the forecast was we where staying in, if that had been the result I would have accepted the DEMOCRATIC result not thrown my toys out the pram like the remainers have done.

I have friends that voted remain when I aks them would they expect the brexit voters to accept the result if reversed they change the subject that speaks volumes.

We would not share terrorist/criminal info, GCHQ collects more than they do

The economy would go down the 5h1tter

ALL Vehoftadt etc want is to control every aspect of our lives from law, defence, currency now even the clock change for BST

This is what the ballot paper said 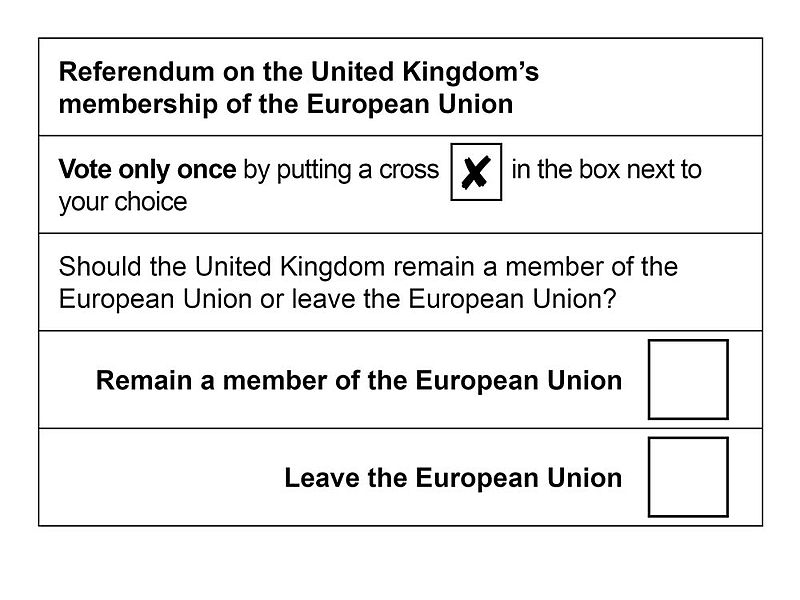 IN OR OUT nothing more nothing less, other nations feel the same not just us.

Brexit Party on the march.

Wow. That's what you get for treating voters with contempt.

It was tongue in cheek, I'd never be serious about taking votes off people, I leave that to the remainiacs.

The fact that you even pose such a spurious non-democratic question speaks volumes. LoL 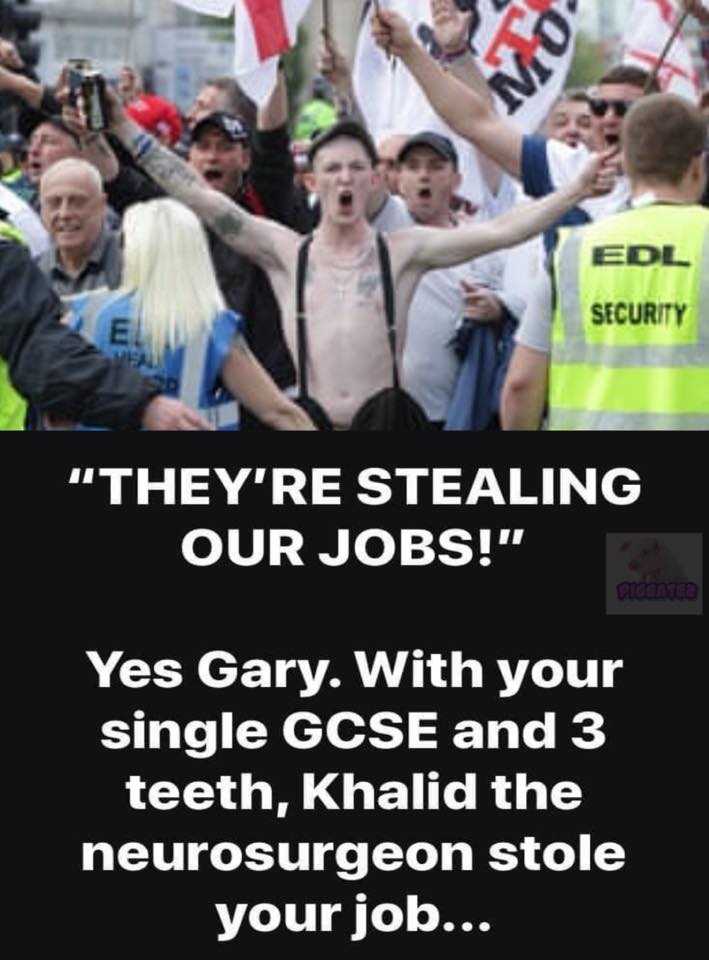 Whereas your own ilk Brexiteer fruit loops are pretty much the above.

Can they even sign there name nevermind tick a box? x


They may very well understand the proper usage of there, their and they're, which, from your post, you do not.

waiting to leave this earth and stealing the future of their grandchildren. '

vote to remain and reverse the original result!!!


You are young, and have not experienced living free from the EU, but like any

pioneer have faith in a free future. As a certain Mr Blair used to say "Things

can only get better"

That is IF/WHEN we ever leave.

posted on May, 3 2019 @ 01:51 AM
link
a reply to: alldaylong
That's awesome! I know the conservatives are going to suffer, but them getting only 13% must make them very worried indeed. I reckon we will be even higher if the BBC actually promoted the Brexit party. I think they are trying their best not to give the Brexit Party anymore awareness.

a reply to: eletheia
It's quite funny as when I was a teenager, I never even heard of the EU, but I remember there was some debates about whether we should join the Euro and I said to my mum... "it sounds like a good idea because then we wouldn't have to exchange currencies when going on holiday".
Oh how naive I was back then

Edit: And the main reasons why most (not all) younger people voted Remain is because of petty/selfish reasons and the Universities also told them to, even helping them to register.
edit on 83001bAmerica/ChicagoFri, 03 May 2019 02:01:17 -05003119 by 83Liberty because: (no reason given)

the ballot forms as shown on the news. (the crossing out of parties and

*Remainer* of all ....... and now the 'chinese whispers' being bandied

.
Anyone who believes ^^^^that^^^^ is in for a surprise when the EU elections

take place. and the Brexit party comes to the fore.


However the leader of the Lib/dems is Vince Cable the staunchest *Remainer* of all ....... and now the 'chinese whispers' being bandied about are that the people are voting in this way because now they wish to remain in the EU!!??

The Liberal Democrats have only gained Council Seats in their traditional areas, mainly the South West of England.

Those areas have high numbers of Land Owners and Farmers, who are going to loose their EU Subsides when we leave The EU.

No surprise there why they have voted for The Liberal Democrats.


excellent video, and what a diverse range of candidates unlike the professional

politicians we currently have, who think they have to save us from ourselves.......

because you must know the electorate minions are stupid.

Should be compulsive viewing before being allowed into the ballot box!


#(1) Dr. David Bull (I love him) telling it as it is the scare stories about

the NHS and that medication will be unavailable, straight from the horse's

economy at the expense of our own. Our industries have been relocated to

budget (and who is the second largest contributer to the EU budget?)

His family all labour voters couldn't understand him voting conservative for

many years. However he resigned in January and is now a Brexit candidate.

leaves in name only....and not carry out the democratic will of the people.


#(5) A business man born to a family of eight, overcrowded in a leaky

of Margaret Thatcher they were (gratefully) allowed to buy. His parents and

redundency would occur not one job lost....

however he couldn't guarantee them the same assurance.

MP called anyone who voted for Brexit Nazi's..... no worse than Nazi's.

(would you believe it?) said the EU did the same thing to Denmark voting

twice in 1992 over the Maastricht treaty ,and he was standing as a Brexit

country he has made his home.

( someone from the EU fighting against the EU ) As an avid

fisherman he states that the EU's common fisheries policy has

of the UK fishing industry and fresh rather than imported fish

refreshing change from the professional politicians we currently have

who are out of touch with the people
edit on 4-5-2019 by eletheia because: (no reason given)

posted on May, 4 2019 @ 06:55 PM
link
a reply to: eletheia
Yeah it's so refreshing to see/hear normal people with a passion, as opposed to wooden politicians saying the party line. Really big crowd again but not a dicky bird about it in the MSM.