In a handful of fossilized teeth and bones, scientists say they’ve found evidence of a previously unknown human species that lived in what is now the Philippines about 50,000 years ago. The discovery deepens the mystery of an era when the world was a melting pot of many different human kinds on the move.

Small-jawed with dainty teeth, able to walk upright but with feet still shaped to climb, these island creatures were a mix-and-match patchwork of primitive and advanced features in a unique variation of the human form, the scientists reported Wednesday in the journal Nature.

The creature’s teeth, toes and finger bones appear to mix aspects of the other human species in existence elsewhere at the time, including Homo sapiens, Denisovans, Neanderthals, Homo naledi and Homo floresiensis, nicknamed the hobbit species for its small stature and big feet.

So far, the scientists haven’t found evidence that these creatures used tools to hunt or to process their food, which might indicate how highly developed their brains might have been. The scientists also have been unable to isolate DNA from the bones and teeth that could be used to understand how closely they were related to other human species.

You have to wonder if we've got this all wrong. I mean heredity is an interesting thing, with some families displaying a particular trait such as small stature, connected ear lobes, or a particularly distinctive nose alignment... yet we don't refer to these hereditary traits as signs of a different species. Particularly in an isolated area like the Philippines, I have to wonder if this is an example of science mistaking a dominant trait combined with limited genetic diversity with a "new species." Should be interesting to see more, particularly their models of what they believe this humanid looked like.

I suspect that there were many different forms of human-like beings all across the globe. They don’t have to be closely related to us in order to have developed a similar form. However, it is far more likely that they are closely related to us. Hopefully, now that they know the area to search in, they will find more fossilized remains. Which are very rare to find in a tropical climate like the Philippines.

They may even find camp sites, fires, or stone tools, if these beings were sufficiently advanced. But they probably weren’t that far along. It is far more likely that they lived similar lives to other primates we see today.

posted on Apr, 10 2019 @ 03:10 PM
link
The description of the feet seems a bit strange to me.
Able to walk and climb?
So what? There are people who can climb up a palm tree today in a matter of seconds.

Well apparently in China and other Asian regions the "out of Africa" theory of human evolution is not broadly accepted. They rather argue they evolved from local hominids, and this tends to feed into a trend of "scientific nationalism".
But even South and East Africa seem to have spats about which region was really the "cradle of mankind".

But let's see what the DNA and other evidence reveals.


The researchers are cautious about estimating H. luzonensis’ height, because there are only a few remains to go on. But given its small teeth, and the foot bone reported in 2010, Détroit thinks that its body size was within the range of small H. sapiens, such as members of some Indigenous ethnic groups living on Luzon and elsewhere in the Philippines today, sometimes known collectively as the Philippine Negritos. Men from these groups living in Luzon have a recorded mean height of around 151 centimetres and the women about 142 centimetres.


When they ultimately are able to DNA sequence this new find, it would be interesting to see if the indiginous groups in the Philippines today have some of this new species' genetics in them. They claim European Sapiens have 2-4% Neanderthal and Denisovan DNA, higher in regions like Siberia and even higher in Melanesia/Oceania indiginous populations. I find this genetic stuff fascinating, especially where the cut off actually is between science's prescribed different species determinations. Neanderthals are considered genetically 99.5% human, but some papers on the human genome say that the maximum genetic difference between two different humans is also 0.5%... meaning the average Neanderthal is as closely related to a modern human as modern humans are related to each other. en.wikipedia.org...

Would be a real hoot if science ultimately drew the conclusion that there really is no "missing link" and most of these different species of homo are just distinct dominant traits that mingling has spread throughout the entire population in recent centuries... meaning that we really all were just humans after all and these attempts to push some colinear evolutionary paths was all an exercise in futility seeing as how the differences between the species were as distinct as the differences seen in different populations of modern man.

"Science" is always in the hands of the "Writers" 😎 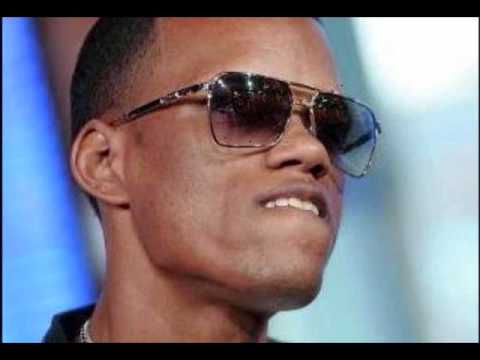 Most anthropological books at the time discussed them as the most primitive people on earth.
In fact they made it into most dictionaries and encyclopedias at the time.
They were discussed in schools throughout the world.

With the advent of the Internet some argued it was all a hoax, but many anthropologists maintained the story.
en.wikipedia.org...

posted on Apr, 10 2019 @ 05:03 PM
link
Evidence of New Human Species Found in Philippines.
Translation:
Teeth and bones of extinct ape found......
This will be the conclusion once all the media hype is over....in my humble opinion.

Exactly. Elohim Inc or whomever that made us didn’t create a significant amount of early prototypes for any fossils to turn up.

You have to wonder if we've got this all wrong.


In a handful of fossilized teeth and bones


See? A whole HANDFUL of fossilized teeth and bones.

They've done more with less, before, in the past. A single incomplete lower jawbone was once considered enough to declare the discovery of an entire species of humanoids.

Man, its a good thing Earth managed to preserve that single remnant of a piece of a lower jawbone with one or two teeth in it, or else we would never know about this species of human. Because no other fossils from this whole entire branch of the human family tree have ever been discovered.

Imagine the decision making process. Do we just say we found an old humanoid fossil and since we have no context whatsoever, we really dont know what it is or anything about it except this much of it, fossilized, was found here in the ground, and nobody will really care?

OR... did we just make the scientific discovery of the century that will net us BIG BUCKS and make us all celebrities in academic circles and cause the hot student interns to flock to us like Gods, Stephen... literal GODS...? (it made it more realistic if there was a person in the room named Stephen because then it becomes dialogue... He prefers it to be pronounced "Steffen" btw)
edit on 4/10/2019 by 3n19m470 because: (no reason given)

originally posted by: halfoldman
The description of the feet seems a bit strange to me.
Able to walk and climb?
So what? There are people who can climb up a palm tree today in a matter of seconds.

I can't read WSJ so this is from the BBC:

Homo luzonensis has some physical similarities to recent humans, but in other features hark back to the australopithecines, upright-walking ape-like creatures that lived in Africa between two and four million years ago, as well as very early members of the genus Homo.


So they are like the earliest of humans. These humans were split between the ape stage that climbed trees, that eventually led to fully walking on the ground standing straight up.

We are the straight up walking ape descendants that can climb trees. What the description means is that they are still in the evolutionary phase where they were the tree climbers learning to walk. If their species evolved that way.

The more interesting question is how they managed to stay this way for so long.
edit on 11-4-2019 by NylonRiot because: (no reason given)

These excavations have been going on since 2007. They have a pretty good idea what they are dealing with.


They consist of thirteen remains - teeth, hand and foot bones, as well as part of a femur - that belong to at least three adult and juvenile individuals. They have been recovered in excavations at the cave since 2007.

originally posted by: burdman30ott6
a reply to: Lysergic

It is one of the greatest conspiracies ever.

The secular motive is grant money and also trying to disprove God. Them claiming to have identified a new species based off an incomplete jaw fragment and some hand and feet bones demonstrates how much they have to grasp at straws.

Science came to that conclusion over 100 years ago.

What would be a real hoot if folks would catch up and stop spouting long ago debunked propaganda.

That is absurd. there is a necessity for links between the two, according to the theory. Which then brings into question how, if there were supposedly millions of years of intermediary species populating the earth, we have yet to find one complete fossil of an intermediate missing link? They were theorized to be around longer than humans, so why can't we find any complete fossils?

It's because they don't exist and evolutionary theory is wrong.

originally posted by: cooperton
a reply to: rnaa

H. Sapiens are apes so what you’re really asking is for a link between one genus of Apes
And another.

From what I’ve read, you’re the only one making that statement. Are you interested in having an honest dialogue or simply pushing your YEC version of events?

That is absurd. there is a necessity for links between the two, according to the theory.

Where in the “theory” is this statement made again?

Which then brings into question how, if there were supposedly millions of years of intermediary species populating the earth, we have yet to find one complete fossil of an intermediate missing link?

Citations please. Just kidding, you’re not going to do that. Why do we need a 100% complete set of remains? Are you familiar with comparative biology at all? We have plenty of remains. You simply reject them.

They were theorized to be around longer than humans, so why can't we find any complete fossils?

Climate and their specific ecological niches make preservation difficult in many environments. You can’t expect things to be the way you demand them and then throw your hands in the air and say”Ha! MES is now falsified” As has been explained to you in multiple occasions, there are multiple lines of evidence in play. Fossils aren’t the only thing we work with.

[/lquote]It's because they don't exist and evolutionary theory is wrong.

Not existing and you refusing to be objective are two very different things.