Doctors treating a Taiwanese woman with an eye infection was surprised when they found four bees embedded in her eye, feeding from her tear ducts, according to a report by Taiwanese news channel CTS.

In a news broadcast uploaded to YouTube on April 3, a CTS reporter said that the 29-year-old Taiwanese woman named He went to Fooyin University Hospital in Taiwan after experiencing severe pain in her eye.

There, doctors found the bees feeding on her tear ducts under her swollen eyelids, CTS said.

Dr Hung said: "I saw something that looked like insect legs, so I pulled them out under a microscope slowly, and one at a time without damaging their bodies."

Holy hell, that's a nightmare fuel of a story right there. I am unfamiliar with the source, but I'm really hoping someone comes in here and tells me it's a fake news site and this likely did not happen. How in the hell could something like this even happen without the woman immediately realizing she had a living insect in her eye?

posted on Apr, 9 2019 @ 07:19 PM
link
Holy crap. I don't even know how to respond to this. You would think that you would be able to feel them moving around. I wonder how small the bees were? Why would they be eating the tears like that?

I mean, a bee is not a gnat. A bee is kinda big, right? This sounds like some kind of crap that would be in the Enquirer or something.

Got a chuckle out of that. But HOW THE HELL DO YOU NOT NOTICE BEE'S IN YOUR EYE.
Also strange that they were feeding on her tears?
edit on 4/9/2019 by LtFluffyCakes96 because: (no reason given)

Sweat bees are fairly small, a bit larger than fruit flies, and they do feed on people's sweat... but I'd still think the woman would have known instantly that something worse than dirt was in her eye. 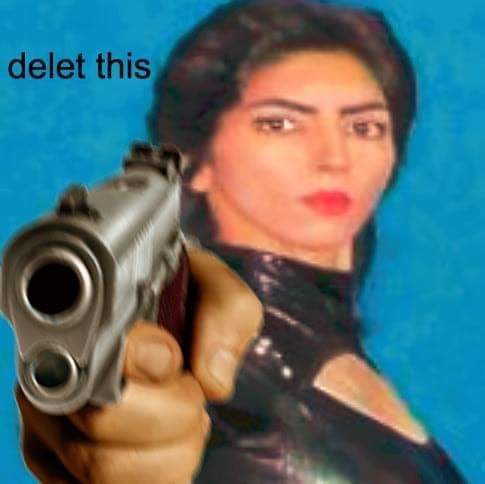 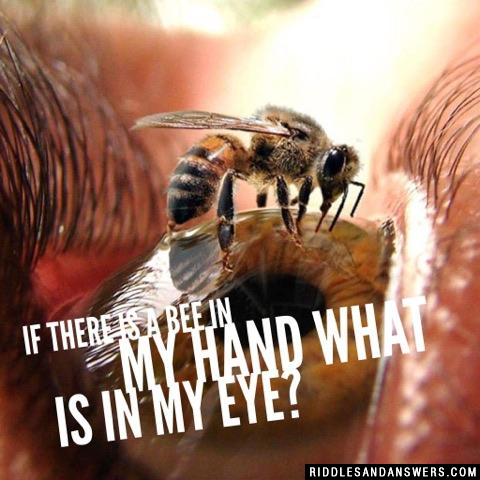 Beauty, because beauty is in the eye of the bee-holder!

originally posted by: ketsuko
I just saw that link on Drudge, and spent time wondering how you even get in that position.

Helmetless beekeepers. The dangers are real.

That is just messed up

I think bees are trying to evolve I mean I doubt 4 of them accsadentaly got in there that's intentional
edit on 9-4-2019 by markovian because: (no reason given)

This is nearly as bad as brain eating ear borers or nostril snakes (on a plane?).


Yeah, just change that to "My mommy said not to put bees in my eyes!"

posted on Apr, 9 2019 @ 10:53 PM
link
The only way bees could get into a person's eye is if they were passed out COLD for long enough for four sweat bees to fight their way into her eye. But even if she is passed out and not noticing bees trying to crawl into her eyes- how in the hell would they get into her eyes? Does she have super loose skin around her eyeballs that gape open or something?

I'm done pondering this one because my eyes now feel itchy.

Now I am going to get you back:

"A man who has been left bedridden due to his gigantic leg is pleading with doctors to amputate the limb.

Muhammad Mushtaq has elephantiasis - caused by a parasitic infection that stops the lymphatic system from draining unwanted fluid and toxins from its tissues.

This has caused the 40-year-old's left leg to swell to ten times its normal size over the past two years. It now weighs in at an enormous 330lbs (150kg).

The former butcher, who was forced to give up work, now relies on his brother and sister-in-law to meet his 'basic needs'.

Mr Mushtaq, of Gujranwala, Pakistan, claims a local doctor said surgery to treat his leg could be deadly.

He is now appealing to his government to pay for him to see another medic, even if it means being told his only option is amputation. " 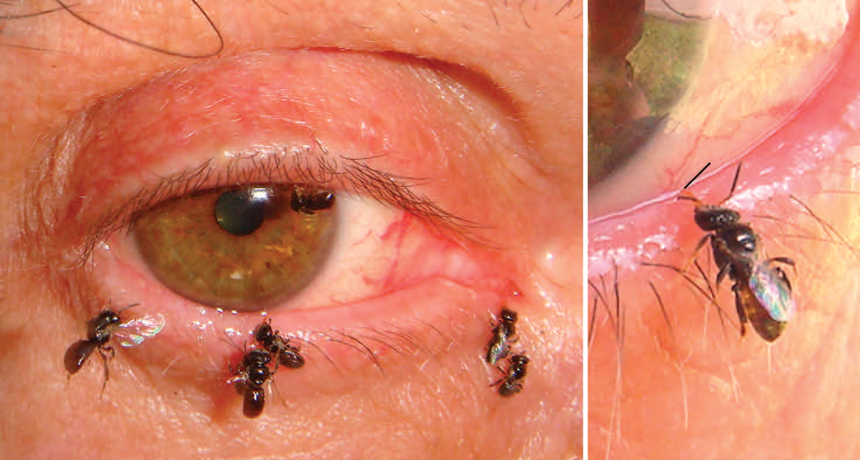 Curious to know more, his team launched a year-long study. They stopped by 10 sites throughout Thailand. They studied dry and wet sites, at high and low elevations, in evergreen forests and floral gardens. At half of the sites, they put out seven smelly baits that they knew many bees like — such as steamed sardines, salted and sometimes smoked fish, smoked ham, cheese, fresh pork, old meat (not yet rotted) and the Ovaltine powder used to make cocoa. Then they watched for hours. Many stingless bees visited the baits — but none of the type that had shown a preference for tear-sipping.


team leader Bänziger volunteered to be the primary guinea pig, allowing more than 200 interested bees to sip from his eyes. His team recounted the bees’ behavior in a 2009 paper in the Journal of the Kansas Entomological Society.


It didn’t hurt, Bänziger reported. In some cases a bee was so gentle he wasn’t sure if it had left until he used a mirror for confirmation. But when multiple bees came for a joint drink-fest, which might last an hour or more, things could turn itchy. Bees sometimes cycled in to take the place of a departing bug. Several insects might line up in a row, each slurping up tears for several minutes. Afterward, Bänziger’s eye sometimes stayed red and irritated for more than a day.