posted on Apr, 9 2019 @ 10:43 AM
link
What an idiot. Univision anchor, Enrique Acevedo, says $25 billion dollars seems like an excessive amount of money to spend on a border wall. Instead of spending all that money, he thinks the United States should have their border patrol agents "duck" when illegals hurl rocks at them. Wouldn't that be financially more sound, he wonders? This is the typical BS that idiots on the Left believe. Border agents are bad, but illegal, unvetted immigrants are good. Trump wanting to secure our border, is bad, but illegals flowing into our country, costing us billions of dollars each year, are good.

Outside of his inhuman lack of concern for America’s border patrol agents, Acevedo’s talking point about spending $25 billion is just as disingenuous. According to a 2017 study released by Federation for American Immigration Reform (FAIR), illegal immigration costs the American taxpayer $116 billion per year. That is a net loss that even takes into account the taxes some illegals pay.

In January of this year, the following clip was released. Joshua Wilson, a border patrol agent and vice president of the local border patrol union, was interviewed and explains why border agents are attacked. In the same clip, Enrique Marones, founder of Border Angels, made a stupid statement. He states that he doesn't support any attacks at the border, but then states:


"The people that have been throwing rocks...have been reacting to the violence of tear gassing and shooting rubber bullets at migrants."


What he fails to understand, as do many Liberals, is that these "people" are breaking the law by entering our country illegally. Marones isn't happy that "migrants" (lawbreakers) are being gassed, or shot with rubber bullets. Me too...more reason to spend the money and get that wall built! It will help reduce these violent skirmishes.

What kind of stupid dumb bell is this ? 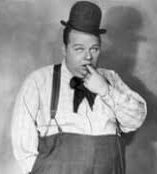 I think Mr. Univision should bring rocks to a real gunfight.
Ditch the rubber bullets and tear gas.

Play by the same rules and all...

My question is why even have border patrol? At this point, what does it even matter? They will come and can stay with their asylum seeking status. Whats the point of the processing since they dont show up for the hearings.

How many billions of $ could be saved if we eliminated CPB and ICE?

LMAO! He said people throwing rocks 300 yards away. That would be one hell of an arm and it would seem the MLB would be all over this.

But in the end I am glad that they gave this man a platform, so we actually have evidence of reasons why Trump will be re-elected.

posted on Apr, 9 2019 @ 12:03 PM
link
I think if they're going to throw rocks, we throw lead. The more they push our boundaries and limits, the less I care. We've become a laughingstock to these people. They come here to abuse and take advantage of our system because we as a country allow it and are easy to exploit. This needs to change.

To the bleeding hearts here, newsflash, they don't GAF about you or this country. So stop pretending like they do.

posted on Apr, 9 2019 @ 12:27 PM
link
I watched a show on HBO last week with Nancy Pelosi's daughter. I believe it was called "Outside the Bubble". In this show she actually went to the border wall in San Diego (I think) and showed where the border runs as a fence into the ocean.

They were interviewing a border patrol agent and he showed her the difference between an area having a wall and an area that doesn't. They also talked about some stats.

What I don't understand is how can anyone even argue a walls effectiveness after seeing this and listening to the people who are manning the border?


What I don't understand is how can anyone even argue a walls effectiveness after seeing this and listening to the people who are manning the border?

I think you do understand it. Trump is for it, so his opponents will be against it.

Send them all back, none get to stay period!