Any other missing planes it could be?

If they haven't heard from the pilot yet, I imagine he went to the bottom with his plane.

originally posted by: Arnie123
This really infuriates me, why am I so triggered when it comes to US Military Technology and "Suddenly it's lost" BS scenario.

I'd imagine the public would be kept in the dark about all manners of a missing stealth aircraft, especially if it crashed, to prevent unwanted traffic/attention near any potential recovery location.

This aircraft does not have a bad record... 1 fire and 2 crashes of all the aircraft built so far.

On 23 June 2014, an F-35A's engine caught fire just before a training flight at Eglin Air Force Base. The pilot escaped unharmed. Engine parts from the burned aircraft were discovered on the runway, indicating a substantial engine failure.[511] The accident caused all training to be halted on 25 June, and all flights halted on 3 July.[273][274][275] The fleet was returned to flight on 15 July with restrictions in the flight envelope.[276] Preliminary findings suggested that excessive rubbing of the engine fan blades created increased stress and wear and eventually resulted in catastrophic failure of the fan.[512]

In early June 2015, the USAF Air Education and Training Command (AETC) issued its official report, which blamed the failure of the third stage rotor of the engine's fan module. The report explained that "pieces of the failed rotor arm cut through the engine's fan case, the engine bay, an internal fuel tank, and hydraulic and fuel lines before exiting through the aircraft's upper fuselage". Pratt & Whitney, the engine manufacturer, developed two remedies to the problem. The first is an extended "rub-in" to increase the gap between the second stator and the third rotor integral arm seal. The second is the redesign to pre-trench the stator. Both were scheduled for completion by early 2016. Cost of the problem was estimated at US$50 million. All aircraft resumed operations within 25 days after the incident.[513]

The F-35 first crashed on 28 September 2018, when a USMC F-35B crashed near Marine Corps Air Station Beaufort, South Carolina, after the pilot ejected safely.[514][515] All F-35s were grounded until each could be inspected for a faulty engine fuel line, and the line replaced if necessary.[516]

On 9 April 2019, a JSDF F-35A disappeared from radar during a training mission and is presumed to have crashed over the Pacific Ocean.[517]

Japan alone just got them, around 87 of them and plans to gain more VTOL models soon.
It sucks to lose one. But accidents do happen.


Edit: been watching for the better part of the day. High concentration of tugs so far out, about 135 kilometers. Thinking this may be where the F-35 is. 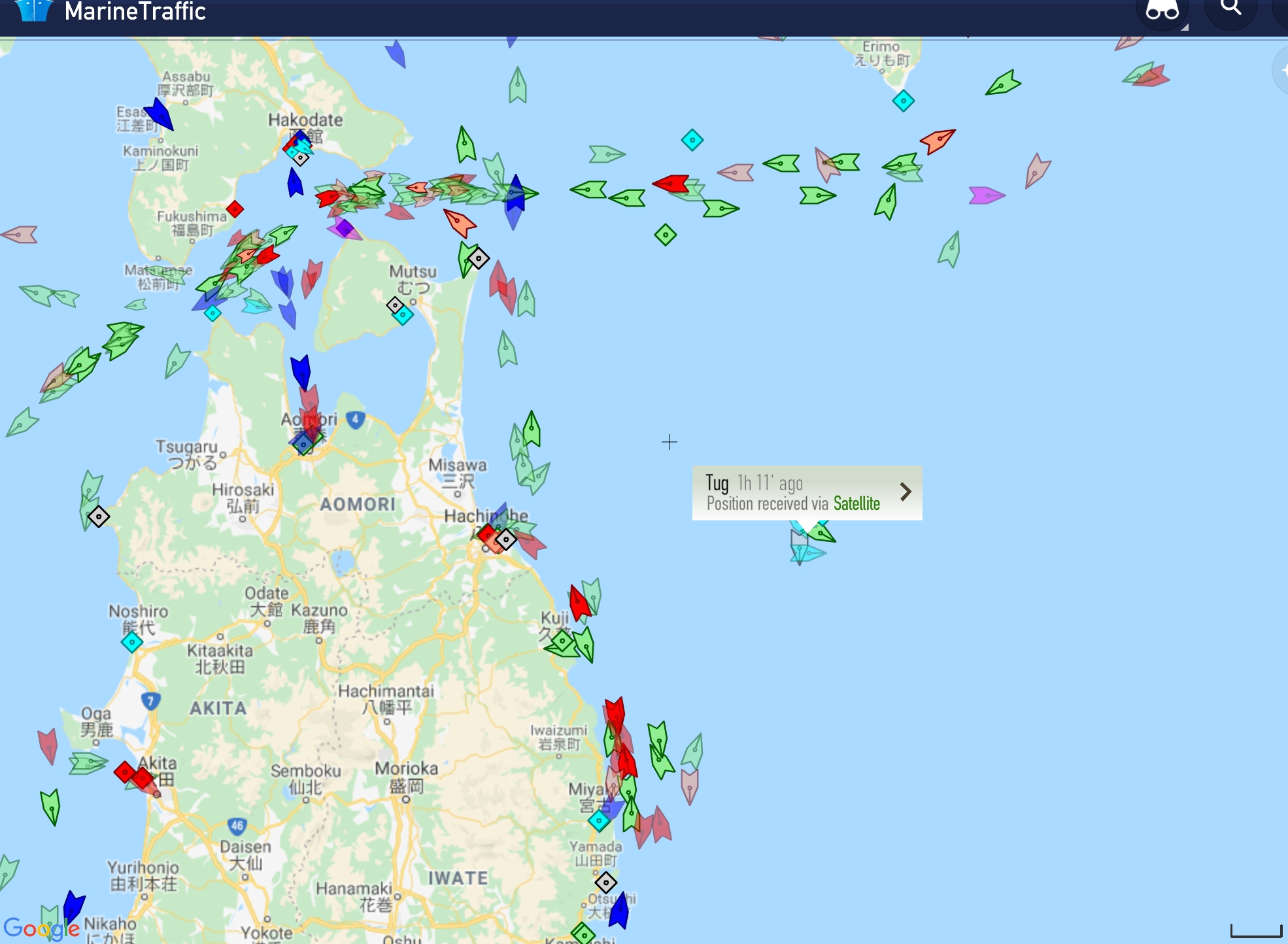 There is always a period of silence, and im cases like this, it could be days before they even say it's crashed. It's SOP for any military accident.

posted on Apr, 9 2019 @ 09:42 PM
link
Interestingly the aircraft lost was the first aircraft completed at the Nagoya FACO.


Its confirmed to be the missing F-35. Hopefully they will find the pilot alive soon and the black box to find out what took place.

I can imagine they will be keeping the prowling commies away with a ton of subs and ships so recovery of every tid bit happens and does not get into Chinese hands.

It couldn't have been too sudden if he called knock it off.

This is conflicting with an earlier linked article..


Japan has a total of 13 F-35s, including the one that crashed. The crashed aircraft was the fifth F-35 delivered to the ASDF, but the first assembled by Mitsubishi Heavy Industries in Japan, a second ASDF official told Reuters.

Perhaps it's what on order..

Edit: 87 A models are what was to be, with an additional VTOL variants.

The aircraft was at the front of a group of four planes out for training maneuvers when it sent an “aborting practice” signal and then disappeared from the radar, Defence Minister Takeshi Iwaya told reporters.

I'll try to link but can you fix? 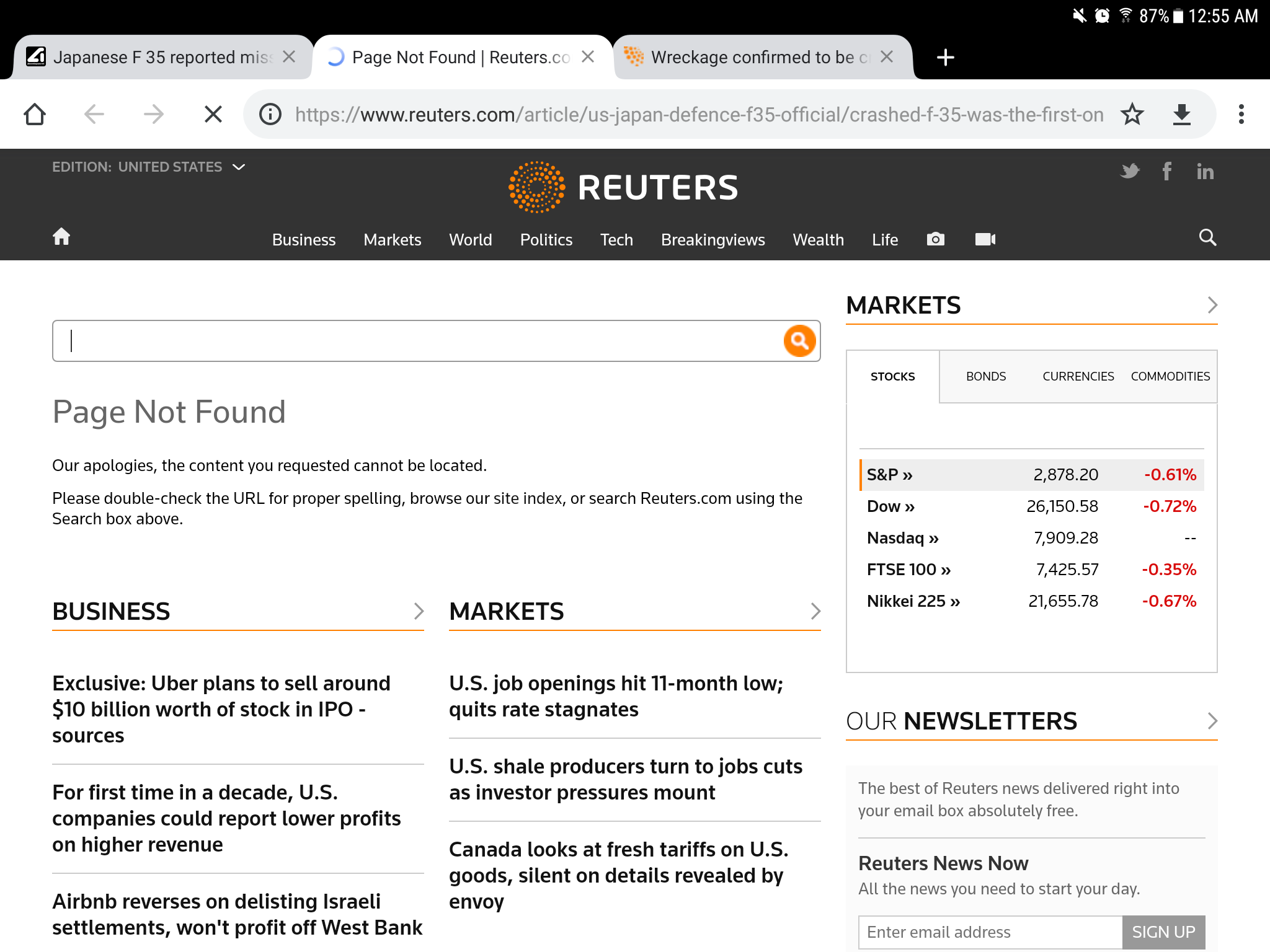 Japan is the largest F-35 customer outside the US. They are also the Asian assembly plant and heavy maintenance center for the airframes.

posted on Apr, 10 2019 @ 07:43 AM
link
More of a question in regards to recovery. I assume a fighter jet will have something similar to a civilian airliner like a black box that will ping away or something along those lines to help determine where the wreckage is ?

posted on Apr, 10 2019 @ 08:15 AM
link
It will have an ADR black box ( usually painted orange ) which will have a device on it or built in to ping its position...don’t know how long for though but it looks like they know the position of the wreckage so that should not be an issue..a reply to: ThePeaceMaker