OMG, Candace gave a powerful, truthful and very gutsy speech.
God bless this woman, she may be the savior of her people.


Totally Epic !!! How is this not all over MSM, even Fox News ? Wish I could find the words to express how much I respect her... Rosa Parks must be smiling down on her from Heaven. Who are the people sitting on either side of her , their sour puss faces are pretty funny, the dude on her right is about to blow a gasket !

She's really something very special, a stellar human being, absolutely Love this woman !

originally posted by: Sabrechucker
a reply to: carewemust
Great news. Interesting photo Fox chose at the top of that article.


Since we all have different browsers, and configurations, some of us aren't showing a photo. What was it a photo of, SabreChucker?


In this video clip, Candace blasts Ted Lieu and Jerry Nadler for mischaracterizing her. Nadler is a wretched putrid racist lowlife. Check out his response at 1:50 - 2:20... Candace OWNED both of them... 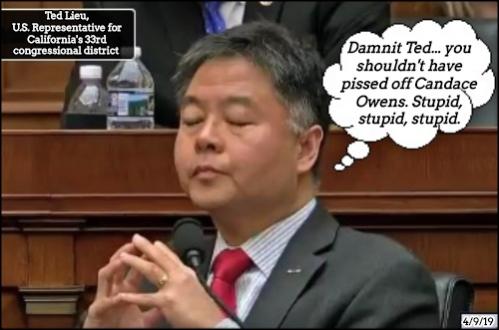 ETA: missed this one - The Last Democrat on Earth

edit on 9-4-2019 by EndtheMadnessNow because: Dims

I bet one day, E.T. disclosure comes the same way we're now being conditioned for the huge MOAB against political and powerful people.

In early 2017, it started as a trickle of "sources tell me", from Hannity/Sarah/John/Rush. Now it's a steady stream of revelations, from several sources.

Those in-the-know say the second half of 2019..into 2020, will be an incredibly historic "drain the swamp" period of time.

originally posted by: carewemust
CHECK THIS OUT!


Yes CWM, it appears that the wheels turning behind the scenes are starting to become public. I'd like to add this is a perfect opportunity to shove it in the face of all those pundits that claim Q's narrative is nothing but baseless, unfounded conspiracy theories. Bizarre, dangerous, violent, etc.

All being brought to the light.

Barr's confirmation of these investigations today is worth far more than any zero delta tweet or photo from air force one.

Yes, Rosa Parks and Martin Luther King. I think neither of them would have expected to see the reverse divided America we now have.

Graves are rolling over.

GUANTÁNAMO BAY, Cuba Military prosecutors say they have tapes of telephone calls between the alleged mastermind of the Sept. 11 attacks, Khalid Sheikh Mohammed, and three of his accused co-conspirators talking in code about the plot months before it took place, a defense lawyer disclosed Monday. 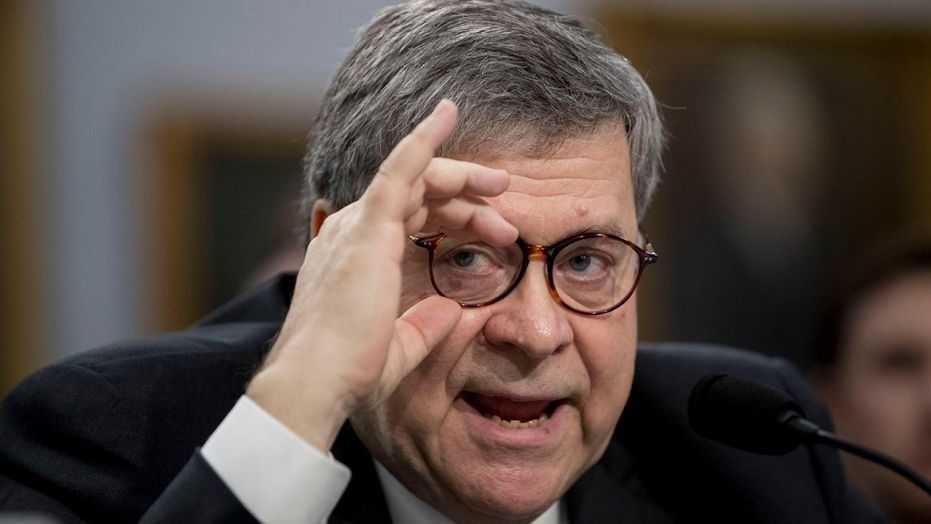 Sorry for the delay responding... I've been working on a way to use Artificial Intelligence to reverse engineer the Web of connected Posts that Q has - but it's heavy going on the brain cells and fingers.

In Diana West’s book, The Red Thread, there is this morsel of Information regarding Steele I think many of you will want to know, if you can’t read the whole book. I’m going to skim back through it again later to make sure there isn’t anything else that should be in the Q thread and backed up.

... telling recollections from Steele's college days at Cambridge, where, during his senior year in 1986, he served as president of the storied Cambridge Union debating society:

Contemporaries recall an ‘avowedly Left-wing student with CND credentials’, while a book on the Union’s history says he was a ‘confirmed socialist’.[ 45]

No need to parse a thesis to ascertain where the “avowedly Left-wing” and “confirmed socialist” Steele began on the political spectrum. Bonus: "CND" stands for Campaign for Nuclear Disarmament, the Marxist-infiltrated organization deemed subversive by MI5 for its links and efforts to disarm Britain, force U.S. cruise missiles off British bases, and decouple Europe generally from the U.S.-led NATO alliance. Nevertheless, media continue to describe Steele generically as that "former MI6 officer" without any reference to his extreme politics in his 20s.

...If we return to the reported biographical fact that Steele was a proponent of the 1980s nuclear freeze movement, a movement subscribed to by CND Marxists and deeply influenced by Brezhnev-Andropov-era Moscow (where Steele would soon go to work), it is worth considering the possible effect on Steele of Candidate Trump's hawkish plan to modernize the U.S. nuclear arsenal.

As Trump said on April 27, 2016, echoing anti-Communists and Cold Warriors of past eras: "Our nuclear weapons arsenal, our ultimate deterrent, has been allowed to atrophy and is desperately in need of modernization and renewal. And it has to happen immediately. … Our military dominance must be unquestioned, and I mean unquestioned, by anybody and everybody.”

The contrast was stark between Trump and Hillary Clinton, who vowed to kill an important upgrade to the U.S. nuclear weapons arsenal. “The last thing we need,” she declared at a private fund-raiser in February 2016, “are sophisticated cruise missiles that are nuclear-armed.”[ 50]

Cambridge debating society aside: Take a moment and imagine the view from the Kremlin. If you are Vladimir Putin, would you really seek to stop Hillary “Last Thing We Need” Clinton from entering the Oval Office to continue the U.S. military decline accelerated by Barack Obama? Would you really determine it best for Russia’s pre-eminence as a nuclear power to “collude” (whatever that means) to help elect Donald “Modernize U.S. Nukes” Trump instead?

This is why it becomes so interesting to learn from Eric Felten of the Weekly Standard that the 100-plus reports on Russia and Ukraine Steele bestowed upon the U.S. State Department gratis in recent years (client unknown) had what Felten characterizes as “a Putinesque spin.” A senior State Department official told Felten: “We were not aware of [Steele’s] specific sources but assumed that many of them were close to Putin and were peddling information that was useful to the Kremlin.” Felten writes: “The official says the Putinesque spin of the memos led them to take Steele’s analysis with more than a grain of salt: “There was a huge discount factor for that reason.”[ 59]
Surely, then, there should have been “a huge discount factor” with the Steele dossier. As a giant monkey wrench inside Trump’s MAGA agenda, bought and paid for by Hillary Clinton and the DNC, it is also “useful to the Kremlin.” How frightening it is that the preponderance of our Intelligence Community insist otherwise. 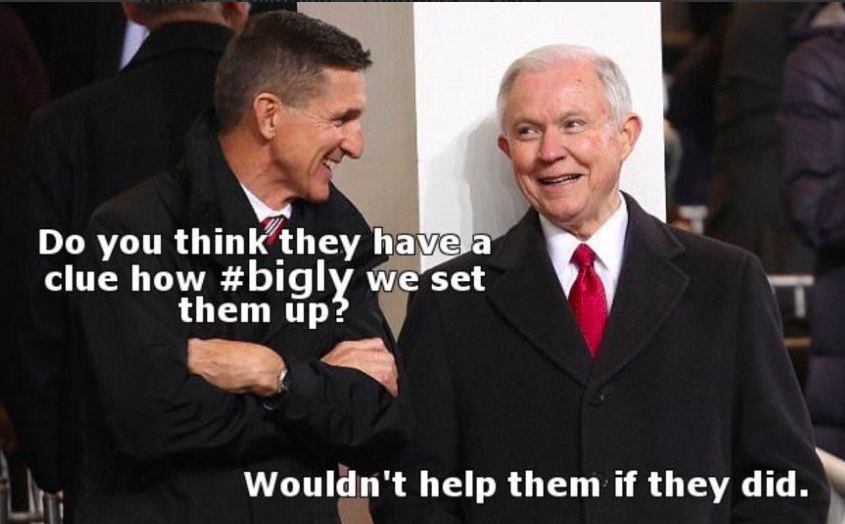 Something tells me fruition is in the air for General Flynn.

LOL. AI you say! Wish you luck, that spider web is a massive multi-dimensional quantum entanglement.

Leave crumbs so you don't get lost.

You're far more insightful than I am. I see nothing more than William Barr touching his glasses while talking.

Looking for events on that day in 2006, I turned up this CSpan video of Lt Col. Nathan Sassaman talking about Iraq, Iran, Gulf War, and how politicians can cause problems for military in war. He commanded 8th Infantry in Somarra and describes it as hell and evil.

What was the special form the tankers had to avoid checks? It was discussed in an earlier part of the thread... "L5", "S5"?


originally posted by: carewemust
CHECK THIS OUT!

All being brought to the light.
Barr's confirmation of these investigations today is worth far more than any zero delta tweet or photo from air force one.

Was AG Barr saying that another investigation was begun? Or, is he describing the Huber/Horowitz combo investigation?

The Israeli Army Unit That Recruits Teens With Autism Many autistic soldiers who would otherwise be exempt from military service have found a place in Unit 9900, a selective intelligence squad where their heightened perceptual skills are an asset.


Think SA.
Order is important.
SA -> NK.
NK -> Armenia.
Armenia -> Iran
Iran ->
Any other rogue nuclear states?
Define hostage.
Define protection.
Who is protected by rogue nuclear states?
Trust the plan.
THE WORLD IS CONNECTED.
Why are border states like AZ/CA important?
Why is MX vocal against POTUS?
Those who are the loudest…..
WWG1WGA.
The Great Awakening.
Iron Eagle.
Q

South Africa produced six nuclear weapons in the 1980s, but dismantled them in the early 1990s. They did a nuke test with Israel but never been confirmed.

Donors list has Saudi Arabia and also OCP SA, a phosphate/fertilizer mining company with Headquarters in Casablanca, Morocco. Why would they be donating to No Name institute?