Democrats totally divided on the "Platforms" 😆

The Green New Deal, a sweeping Democratic proposal for dealing with climate change, fell at the first hurdle Tuesday as the Senate failed to reach the 60 votes necessary to begin debate on the non-binding resolution, with 42 Democrats and Sen. Bernie Sanders, I-Vt., voting "present."

No senator voted to begin debate on the legislation, while 57 lawmakers voted against breaking the filibuster. Democratic Sens. Doug Jones of Alabama, Joe Manchin of West Virginia and Kyrsten Sinema of Arizona joined 53 Republicans in voting "no." Sen. Angus King, I-Maine, who caucuses with the Democrats, also voted "no."

The vote had been teed up by Senate Majority Leader Mitch McConnell, R-Ky., in a bid to make Democratic senators -- including several 2020 presidential candidates -- go on the record about the measure. McConnell had called the proposal "a radical, top-down, socialist makeover of the entire U.S. economy." 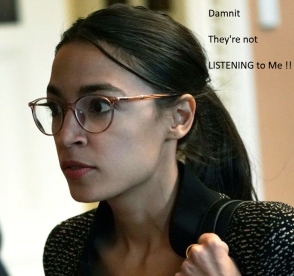 They don't want to save the planet! 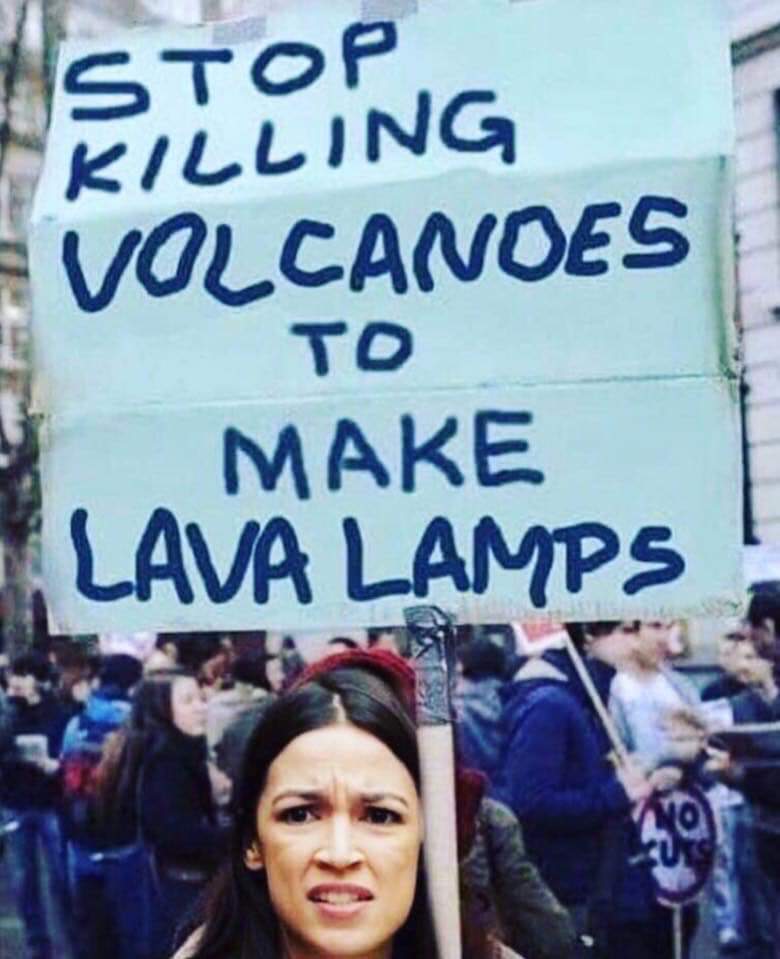 The Green New Deal is a wet Taco-Bell fart piece of legislation.

It's disgusting, somewhat funny, always repulsive, and it would annoy anyone with any sense.

These people are all so full of sh!t.


In addition to Sanders, Sens. Kamala Harris of California, Cory Booker of New Jersey, Elizabeth Warren of Massachusetts, Amy Klobuchar of Minnesota and Kirsten Gillibrand of New York -- all candidates for the Democratic nomination who have endorsed the Green New Deal -- voted "present" Tuesday.

So supportive of the GND they voted present.
SMFH
ETA: What the hell, here is booker lying too.

You are a racist bigot if you do not support all US families paying $65,000/annum to cover the green new deal.

Yours Sincerely,
AOCs handlers, via AOC.

originally posted by: Chance321
a reply to: xuenchen


Oh, she is taking credit for that too.
She told them to vote "present"

Alexandria Ocasio-Cortez @AOC · 24m
Because I encouraged them to vote present, along w/ others.

McConnell tried to rush the #GreenNewDeal straight to the floor without a hearing.
The real question we should be asking: Why does the Senate GOP refuse to hold any major hearings on climate change?


AOCtwitter
You cant make this stuff up.
She is the BOSS 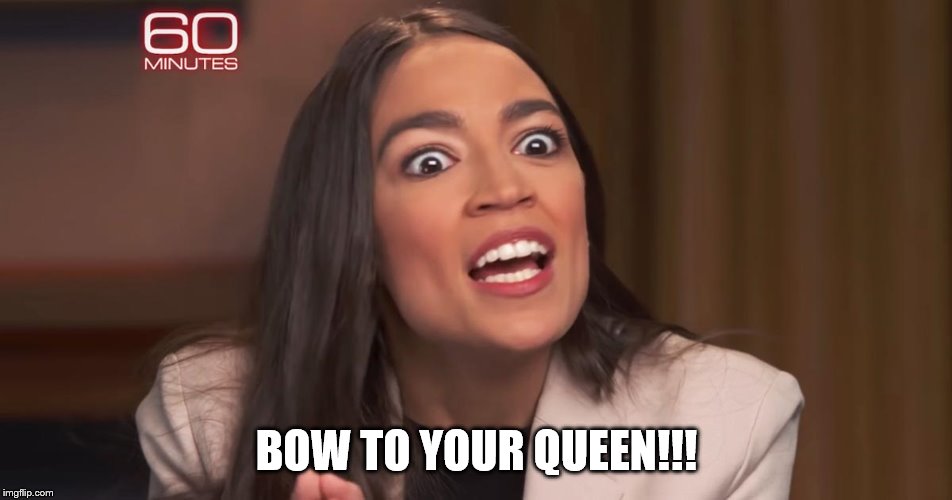 originally posted by: Chance321
a reply to: xuenchen

Yea, just wait I need to tie loose ends but College Entrance Fraud + Boston University @ $36,000 per year + AOC = does NOT add up as to what comes out of her mouth. So was she Minority Puerto Rico privileged. I think she was and it goes back to grade school. Stay tuned.

I have no issue with her platforms but I do have an issue with her absolute lack of substance when she gives an interview, It does not match the level of her degree for that institution.


and yet he, and his handlers, are so sure their base is low-IQ that he had the gall to then post this slop on twitter, and folks don't even make the connection that he also did not vote 'yea'.......... 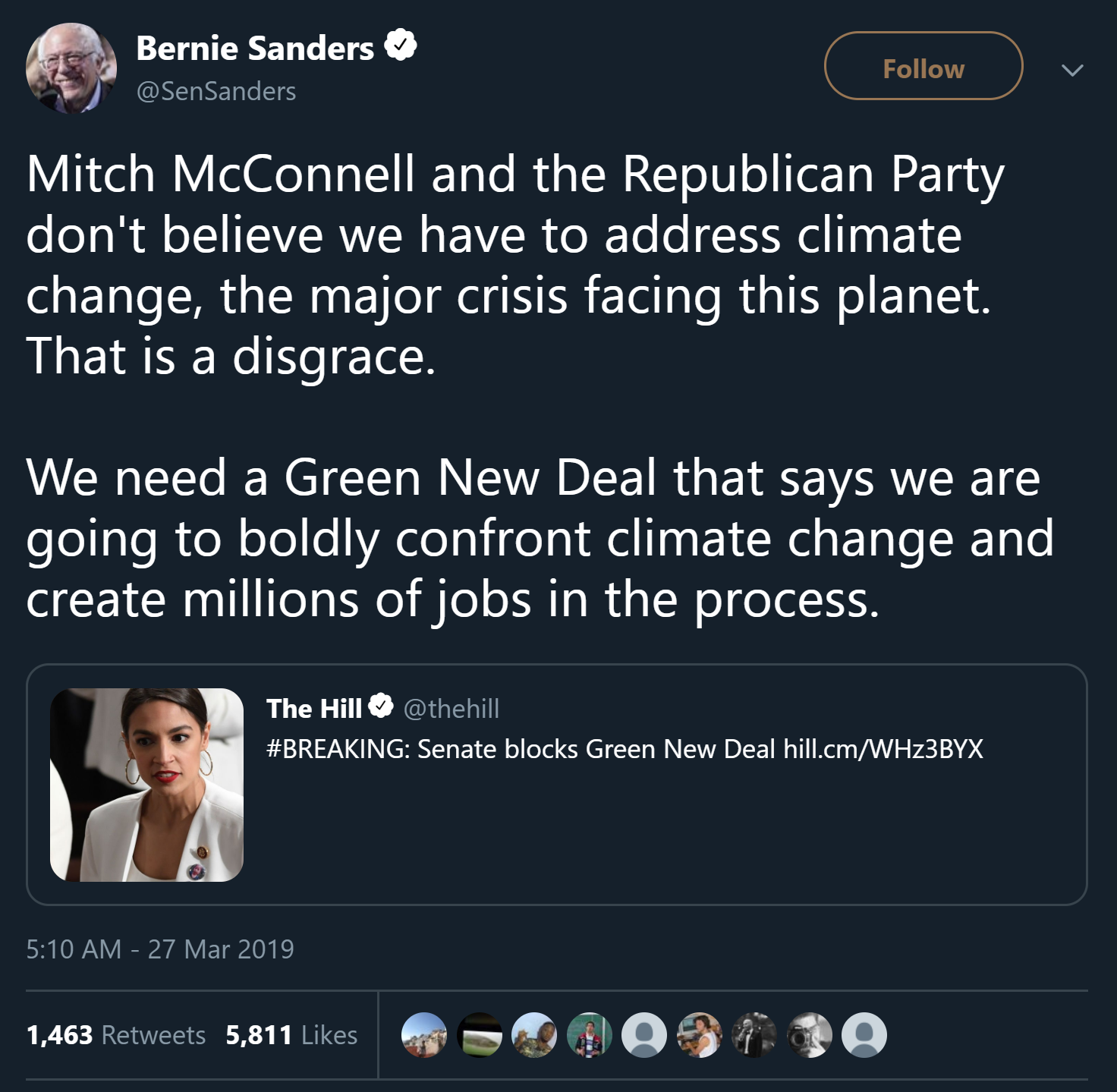 Time for a reality check kiddo...

In your world mockery and laughter equals a "meltdown?" That's either fascinating, or you simply don't realize that most of us aren't upset by AOC... no, we love the hell out of her for providing us with epic amusement while managing to be so goddamned stupid the majority of her own party dislike her immensely and left leaning moderates are withdrawing from the party until she and her ilk are pushed back out to the disenfranchised circle of shame.


Half of U.S. adults were unfamiliar with or had no opinion of her in September after her seismic primary win over the summer, but that figure has shrunk to 29% today. But the increased visibility has not improved her overall standing with Americans. Whereas the public had mixed views of Ocasio-Cortez in September, her image now tilts slightly negative, with 31% viewing her favorably and 41% unfavorably.


According to the poll obtained exclusively by IJR, only 43.4 percent of Ocasio-Cortez’s constituents view her favorably. Just under 29 percent of respondents had an “unfavorable” view of the congresswoman.

So, by all means, if our "meltdowns" yield fruit, expect us to continue to do as we've been doing.

What history will really show about this lunatic inspired Green new deal, is that when the American public responded to it and emphasized literally, and including people from all over the entire planet how fool hardy and crazy the whole thing is, that the democrat party tried to just slide away from it without taking any responsibility for their insanity for presenting it in the first place.
That is what history is already showing about this, because any green new deal is just that. HISTORY. And you, your family, and descendants will all be quite thankful for it being nothing but history for never having happened.

posted on Mar, 26 2019 @ 06:17 PM
link
The Progressive movement is dying an even faster death than the Tea Party movement did. I'm in daily disbelief how the democrats learned nothing from the Tea Party debacle and instead have willfully tied everything they'd ever hoped to achieve to a pack of deranged nutbars. Shocking how that isn't working out too well for them...

You know it isn't too promising of a sign for your movement when the leaders of that said movement appear even less sane than Donald Trump does on a consistent basis.

Bad week for Democrats ain't it 😆

I'm not sure what your post is meant to be addressing (aside from lazily posting a link to a video that has less views than any random cat video). Perhaps you should work on putting your own thoughts into words.

As a reminder, I stated there won't be an AOC meltdown but there will be an AOC meme meltdown by right wing ATS posters (after all, like Trump, a low-info lazy re-posted picture works best). You seem to be replying to me... but not about anything I stated. Hmmm. Perhaps I should put this in picture format... ya know, for the "braindead". (that's not a word).

originally posted by: okrian
Perhaps I should put this in picture format... ya know, for the "braindead".