The Democratic-led House failed Tuesday to override President Donald Trump’s first veto, salvaging his effort to steer billions of extra dollars to erecting border barriers and delivering a victory to the White House in a constitutional and political clash that’s raged for months. Lawmakers voted 248-181 to overturn Trump’s veto, but that fell 38 votes shy of the required two-thirds margin. Just days after Attorney General William Barr announced that special counsel Robert Mueller had found Trump didn’t scheme with Russia to help his 2016 election, Tuesday’s vote bolstered Trump’s drive to build a wall along the boundary with Mexico, a hallmark of his 2016 presidential campaign and a priority of his presidency. While clearly a defeat for Democrats, the vote afforded them a chance to reemphasize policy differences with Trump and change the subject from collusion allegations that have lost political clout. Underscoring that, House Speaker Nancy Pelosi placed her name atop a House Democratic fundraising email referencing the failed veto override, writing, “I know grassroots Democrats won’t let Trump’s enablers get away with this.”

I wasn't a fan of Trump in the beginning and there are certain things I vehemently disagree with him on.

But right now his biggest lie to me is that I would get tired of winning.

Let's build a wall now, shall we?


For some reason I keep hearing McCains "bomb bomb iran song" when he addressed the troops some time ago.

originally posted by: Lumenari
a reply to: Waterglass

I wasn't a fan of Trump in the beginning and there are certain things I vehemently disagree with him on.

But right now his biggest lie to me is that I would get tired of winning.

Let's build a wall now, shall we?


I wasn't a fan of Trump either, I voted for whom I thought would be the best VP. I really disliked Hillary's neglect of rules so I am glad that her VP was a jerk. I didn't actually have much faith that Trump would get much done, believing it may already be too late to fix our economy that has gotten more and more insecure since Clinton was President.

But, maybe the best thing that happened is this attempted coup. It opened people's eyes to the lies and twisting of evidence by the left. I do not blame the Democrat voters, they got Buffalo'ed into believing something the progressive left made up. I hope the majority of the Democrats out there vet their candidates better now. The Moderate Democrats are not bad, the Far left will do anything to get their way, even throw their own under the bus if necessary. Liberals lack loyalty, Conservatives will stick by their people if they feel they are being wronged but will allow the legal system to take care of punishing them if they are wrong.

Remember, Congressmen all belong to the same group, they should be working together to get things done. They are supposed to be working for the American citizens, not for illegal aliens, not for the people trying to take control of Europe and the world. I do not like that Paris climate thing that We pulled out of and never agreed that the deal struck with Iran was good, you do not give your enemies money to bribe them to be your friends. Trump has not given any money to NK, just opened the door to lower sanctions and initiate trade if they quit building nuclear weapons. What would Hillary do, give them billions of dollars or threaten to blow them off the map? Naw, she would have just ignored them and then thrown the next election so a Republican President would have to start the war.

I've been losing sleep the past few nights. Nightmares about tattooed hispanic men with guns breaking into my home or quickly exasperbating crime in my area from an influx of immigration bringing along with them cartel drug smuggling routes, flooding the opioid market with fentanyl.

I almost decided to buy a semi automatic rifle to protect my home and take a concealed carry permit class for a sidearm to protect myself when I go out in public in the near future but thanks to this I wont have to worry about it. 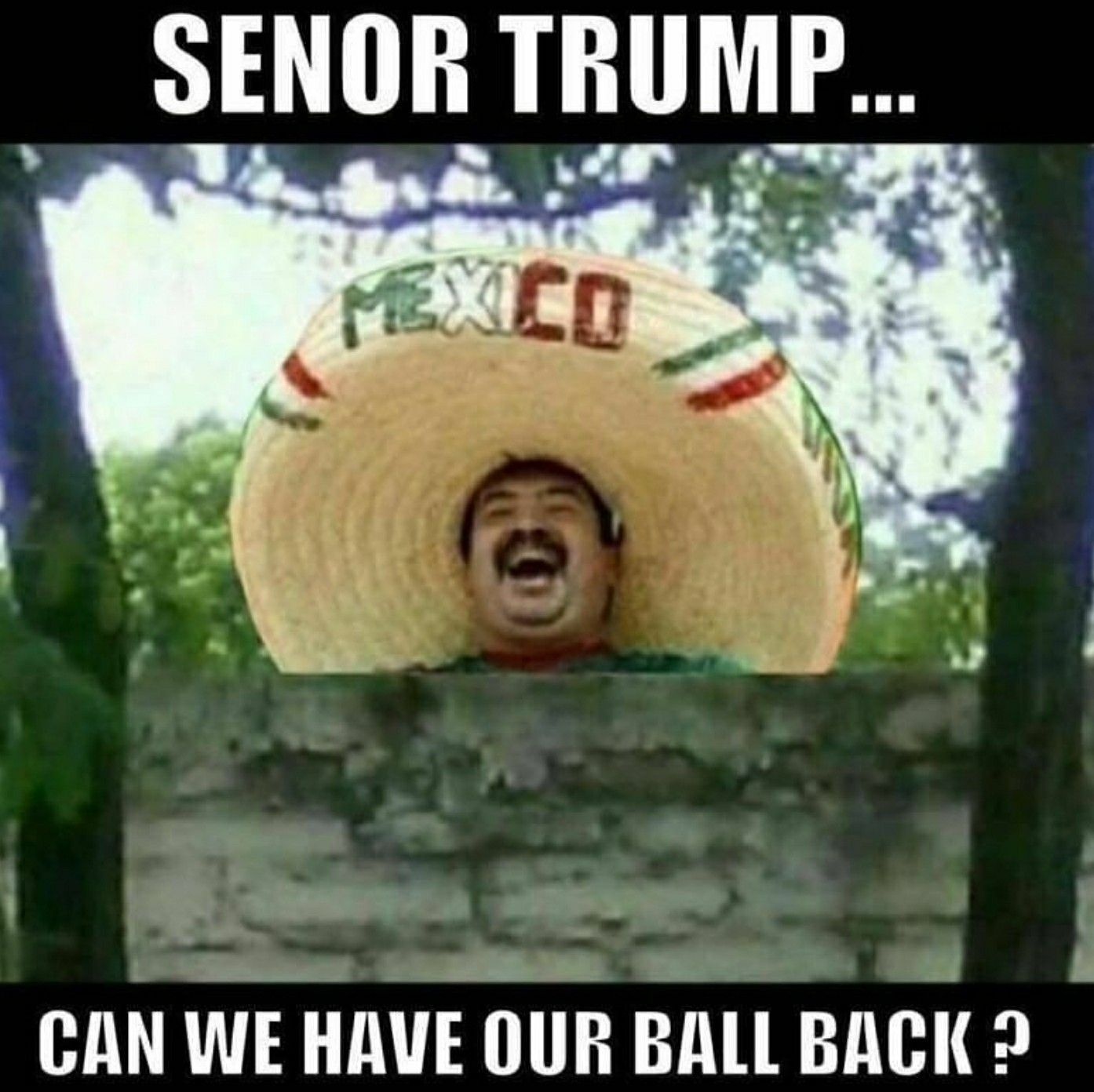 Damn skippy
Along with an arrest warrant to go with it

originally posted by: r0xor
a reply to: Waterglass

This made my night, thank you. lol My wife even quoted it in an accent. XD