A father dedicated to helping prevent mass shootings after his daughter was killed in the Sandy Hook massacre has died of an apparent suicide.

The body of Jeremy Richman, 49, was found in his Connecticut office building Monday morning, Newtown police said.
The neuroscientist was the father of 6-year-old Avielle Richman, who was among 20 children and six adults killed in the 2012 Sandy Hook Elementary School shooting.

His death is the third suicide in the past week related to school massacres.

Alex Jones was nice enough to send out his condolences. He's still facing that lawsuit from the parents of the Sandy Hook victims for spreading misinformation, pushing the narrative that the massacre was staged and influencing his supporters to harass these folks. I hope he's satisfied with himself. This death is on him and many others who decided to push this twisted conspiracy. They know who they are. Thank god for hiding behind computers like cowards hey?

It's all fun and games right? 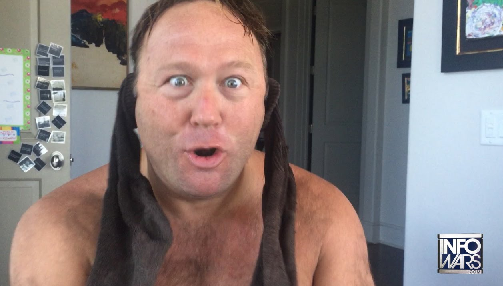 
This death is on him and many others who decided to push this twisted conspiracy.

I'll always despise Alex for putting these poor people through this.

originally posted by: JinMI
a reply to: Southern Guardian


This death is on him and many others who decided to push this twisted conspiracy.

They have suffered enough. Sickening doesn't begin to describe this.

Yea, I'm sure your heart goes out to these people.

This is sad news.

He was a founder of Avielle Foundation.

It seems as if he was trying to help himself.

Police said they "will not disclose the method or any other details" of Richman's death, other than it does not appear to be suspicious.

Maybe he found something bad about the Clintons 😎

originally posted by: JinMI
a reply to: nightbringr

Im not saying he is responsible, simply that he should be ashamed of himself.


I'm sure deep down in Gay Frogs effed up soul he's probably thinking the guy killed himself from the overwhelming guilt of being in on a false flag event.

originally posted by: SteamyJeans
apparently 1 (maybe 2?) teenage survivors of the parkland school shooting also offed themselves in the last week...


Any source for this?


originally posted by: JinMI
a reply to: nightbringr

Im not saying he is responsible, simply that he should be ashamed of himself.

The OP, whom I responded to, is not saying that however.

It was on my local CBS world news tonight, about the 2 teenagers.

As for this dad, obviously he couldn't handle the loss. I would think any parent could understand that. I don't think it is fair to lay it at someone else's feet though, no matter how big of an A**hat that person is.

That poor family has lost so much. Prayers for strength for them.

Im not laying it at a chat Jones feet, but it is entirely possible that the torment these parents went through at the hands of Jones' minions was the last straw.

Maybe he IS responsible. His hands certainly are not clean.
edit on 25-3-2019 by nightbringr because: (no reason given)

posted on Mar, 25 2019 @ 05:45 PM
link
When it comes to Alex Jones and the Sandy Hook situation I would just like to draw a distinction between being endlessly curious and the questioning of events and the thought corruption and capitalization of said people who question the official narrative by figures such as Jones.

It makes me equally disturbed how the mainstream media uses figures like Jones to dissuade people from being intellectually curious and manipulating them into the acceptance of official narratives on the threat of ridicule or ostracization. That is infinitely much more dangerous to a society than anything Alex Jones did even if he is the living embodiment of a festering pond of scum.

Always be skeptical. Never be certain. Certainty is corruptible. And it works that way for both official narratives from authorities and monetized alternative theories of carnival barkers such as Jones. It is only through doubt that we can see truth -- even if we may never truly be able to reach out and touch it.

Statistically, some will be relatives of shooting victims, sooner or later.

posted on Mar, 25 2019 @ 05:47 PM
link
Obviously, the shock of the loss and the manner of it were what pushed this guy over. I rather doubt it had much of anything to do with what a marginalized hack said about it. You have to actively search to find anything by Jones.