posted on Mar, 21 2019 @ 10:38 PM
link
The leftest are really serious about coming for firearms this time and here is just another example. Crazy Bernie took to twitter today to call for bans here in the US.

What I do not understand is why they concentrate so hard on rifles when handguns are utilized to commit the vast majority of both murders and crime in general.

Anyone have a good answer for that?


Socialist presidential hopeful Bernie Sanders reacted to the New Zealand gun ban by calling for similar ban in the U.S.

More recently, in January 2019, the DOJ released a study showing handguns are the weapons of choice for criminals. The study looked at roughly 300,000 federal and state inmates, finding that 18 percent of them used handguns in the commission of their crimes while 1.4 percent used rifles of any kind. The percentage of “assault weapons” used would have necessarily been even lower than 1.4.

But Sanders and other Democrats want to ban commonly-owned semiautomatic rifles under the guise of keeping us safe.

This is what real action to stop gun violence looks like. We must follow New Zealand's lead, take on the NRA and ban the sale and distribution of assault weapons in the United States.


EVERYONE MUST CARRY A GUN AT ALL TIMES

posted on Mar, 21 2019 @ 10:45 PM
link
a reply to: infolurker
I wish people would stop blindly and naively supporting this Bernie fella. Only Trump can save our second Amendment, and is why he will serve America and our interests for another four year term.

Of course he is.

I imagine a future where Dems are crying why over another loss and I will answer because even though I can't stand Trump he wasn't pledging to destroy the constitution.

With the country going to hell with debt and neither side doing anything to fix it at least I will be armed when it collapses.

needs to stfu and be a silent ally.


Hey Govt #tards what part of these rights you shall not infringe do you not understand.

I'm sure americans will hand over their weapons, 1 bullet at a time.

You lost broh, the moment you gulped up Hildawgs donger you lost 50% of the support you had, but please keep saying dumb retarded # that will ensure you side loses, yet again.

Why you gotta # up America why not move to one of those #hole progressive gun free havens?

We a country of Outlaws.

What a coincidence, I have been calling for a Romania style ousting of communism from the US.

Hell at one point I supported your retarded ass.

originally posted by: dashen
the US needs MANDATORY gun laws.


EVERYONE MUST CARRY A GUN AT ALL TIMES


Need that law in Canada as well.

posted on Mar, 21 2019 @ 11:13 PM
link
In my opinion civilians have absolutely NO need to own fully automatic, military style assault rifles with high capacity magazines. Handguns more than suffice for personal protection.
edit on 21-3-2019 by NeuronDivide because: (no reason given)

posted on Mar, 21 2019 @ 11:16 PM
link
Dah...Yes, prisoners who committed crimes often use guns to commit crimes. Taking away guns from good citizens is not the same as taking them away from Criminals. That evidence stated in the OP is so irrelevant to anything, I sure hope people do not believe it is real. Now I think that bernie is a very bad American, wanting people to give up their guns while criminals run around with them. Cripes the gangs in the cities have full automatic weapons and better guns than most people have.

I am glad that Hillary rooked Bernie now and that I voted for Trump because of that. I no longer endorse any Democrats, they are nuts. We have a right to have guns to protect ourselves from people who endanger our lives. Take the guns away from all criminals first, then maybe we will start to discuss this, I do not want a police state either.

Criminal minded people will love if the government takes away the guns from the people they rob.

The Democratic Primary debates should be live-streamed on the Comedy channel. 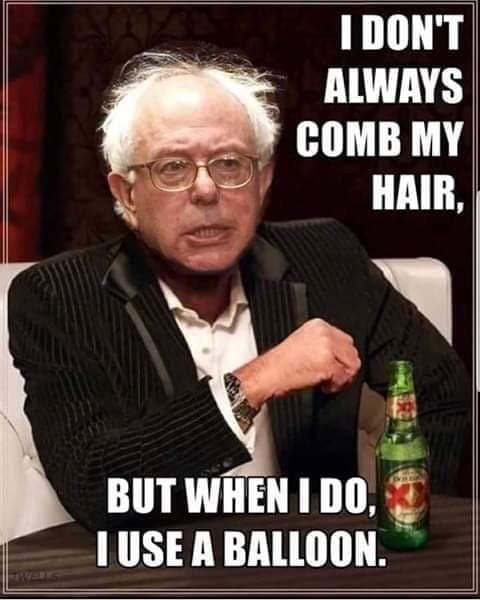 originally posted by: NeuronDivide
In my opinion civilians have absolutely NO need to own fully automatic, military style assault rifles with high capacity magazines. Handguns more than suffice for personal protection.

Now y'see, this is where if you are going to debate something you should at least know what you are debating.

Please link for me where the NZ shooter possessed a fully automatic weapon.

What I do not understand is why they concentrate so hard on rifles when handguns are utilized to commit the vast majority of both murders and crime in general. Anyone have a good answer for that?

Yep...If they could take the military looking weapons away they know the death from guns numbers would not go down...Then they would have to go after the other guns...

Isn't it funny that they want to disarm all the law abiding gun owners but they never mention getting the guns away from the criminals...

The 2nd amendment is not about hunting or self-defense! It is all about throwing off a tyrranical government which is exactly why we need to be armed against the communist left!

Getting guns away from criminals has nothing to do with the Democrat agenda.

In fact, criminals with guns may be exactly what Democrats "prefer" 😎

originally posted by: NeuronDivide
In my opinion civilians have absolutely NO need to own fully automatic, military style assault rifles with high capacity magazines. Handguns more than suffice for personal protection.

Nicolás Maduro agrees with you, because that makes him safe from the citizens.