posted on Mar, 21 2019 @ 01:39 PM
link
ISIS. A thorn in the side of Syria and a groping caliphate that emerged in whole during the Obama administration. Let's take a walk and see just how the media has treated this and where we are now that the ISIS control of Syria is over.

President Barack Obama said Thursday it's premature to go to Congress to authorize a strategy to defeat ISIS — because he doesn't have one yet."We don't have a strategy yet," Obama told reporters after being asked about striking ISIS in Syria, saying he didn't want to "put the cart before the horse.The line — sure to be repeated often by his critics — came as Republicans have been repeatedly demanding a strategy to defeat ISIS.Obama said he's asked the military for options to take on ISIS, but a decision to expand strikes into Syria isn't imminent and he suggested it would not happen before Congress returns from recess.

How could he not have a plan and have to wait for Congress to return if he was not asking Congress to begin with? Because he did not want ISIS gone.

Obama telling us that he is on control..

"What we have not yet been able to do is to completely decapitate their command and control structures. We've made some progress in trying to reduce the flow of foreign fighters and part of our goal has to be to recruit more effective Sunni partners in Iraq to really go on offense rather than simply engage in defense," the president said.

2016 - ISIS is still maintaining strongholds. It is not over. During the campaign Trump said he would bomb the # out them. Everyone laughed and made fun of him.

2019 - The end of ISIS in Syria is here. The last stronghold of the Caliphate is destroyed. Syria is not longer controlled by ISIS or its followers.

The caliphate has crumbled, and the final offensive is over. While the official announcement hasn’t yet been made – Fox News has been told that this village, the last ISIS stronghold, is liberated. It’s the first time since we’ve been here in Syria for five days that the bombs have stopped dropping and the gunfire has disappeared. We have witnessed the end of the caliphate – the brutal empire that once ruled over 8 million people – is gone. Troops here are now bringing down the black flags of ISIS. The flags no longer fly over the town, instilling fear.

No matter who did it I am glad for the people of Syria and hopefully they can start to rebuild. 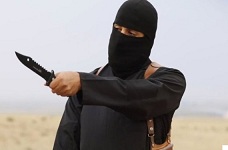 posted on Mar, 21 2019 @ 01:52 PM
link
Does anyone else remember when isis wasn't a terrorist organisation?
It wasn't until they announced their own gold backed currency that they were suddenly public enemy number one.
My guess is our own goons did that.

originally posted by: xuenchen
The zer0Bama plan was to have ISIS control as much land as possible.

Lets not forget the medieval type rage across Iraq from ISIL. That was 100% created by Obama...100%, I would love someone suggest otherwise. We are talking some of the most evil acts since the dark ages happening in Iraq after Obama pulled the troops leaving a huge vacuum. How many lives, how much culture was totally destroyed by them?

He never targets ISIS he targeted ISIL...remember he said he wouldn't even use the term ISIS.

ISIS thrived under obama. To play the smoke and mirror game, he targeted a sub faction called ISIL.

O's foreign policy was an epic failure across the globe.

A little initiative and action is all it takes.

posted on Mar, 21 2019 @ 02:59 PM
link
ISIS still causes trouble occasionally in Syria, but at this point they're limited to stuff like randomly setting off a car bomb in the hopes of hurting someone. As a military force able to control territory, they're history.

posted on Mar, 21 2019 @ 03:18 PM
link
In other words the Obama administration was either negligent or out right arming them. Regardless the situation deteriorated during Obama.

We stopped intervening and the killing stopped.
Who would have thunk!...