Failed Venus Probe Could Crash to Earth This Year

The Soviet Union launched the Cosmos 482 Venus probe on March 31, 1972. But the spacecraft messed up its rocket-powered escape to that cloud-veiled world and got trapped in Earth orbit.

A big chunk of that failed craft remains in orbit today as space junk— but it's due to come down soon, perhaps as early as this year, experts said. 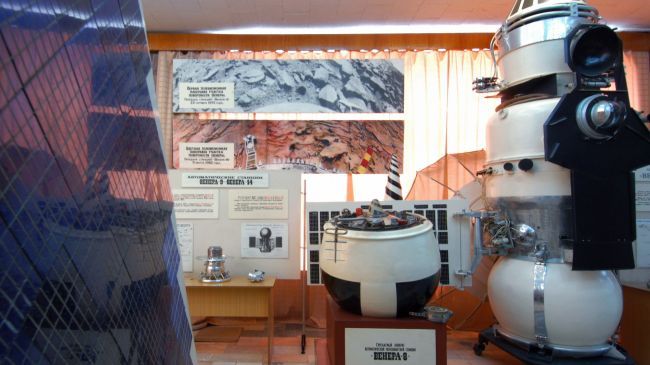 The descent vehicle of the Venera 8 spacecraft (left) and its parent spacecraft are seen in a Russian museum.

Failed 1970s Venus Probe Could Crash to Earth This Year

It has been know since the failed launch that the Cosmos 482 Venus lander would make its way back to Earth.

It was thought that would not be until between 2023 and 2025. Now Space.com thinks it could happen as soon as this year. 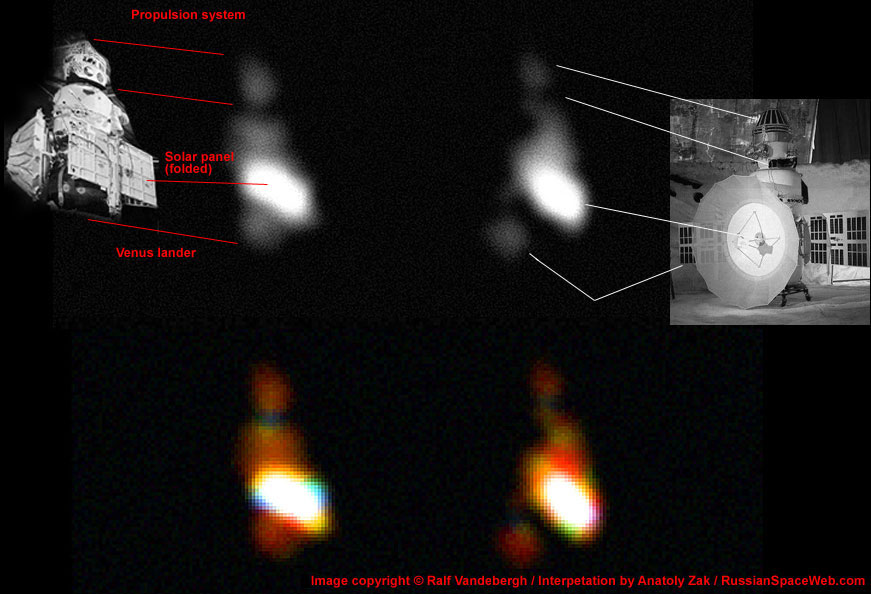 Venera 8, the sister ship of Cosmos 482 made a successful landing on Venus in July of 1972. It was the second spacecraft to land on Venus.

Cosmos 482 broke into pieces and some fell to Earth in New Zealand, but the descent lander and other parts of the spacecraft are still in orbit. There is a tiny, very slight chance that it could still function and make a controlled descent to Earth. 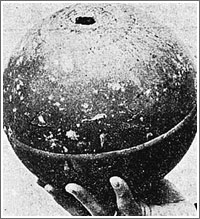 There is a very good chance the Cosmos 482 lander will survive entry into the atmosphere of Earth. 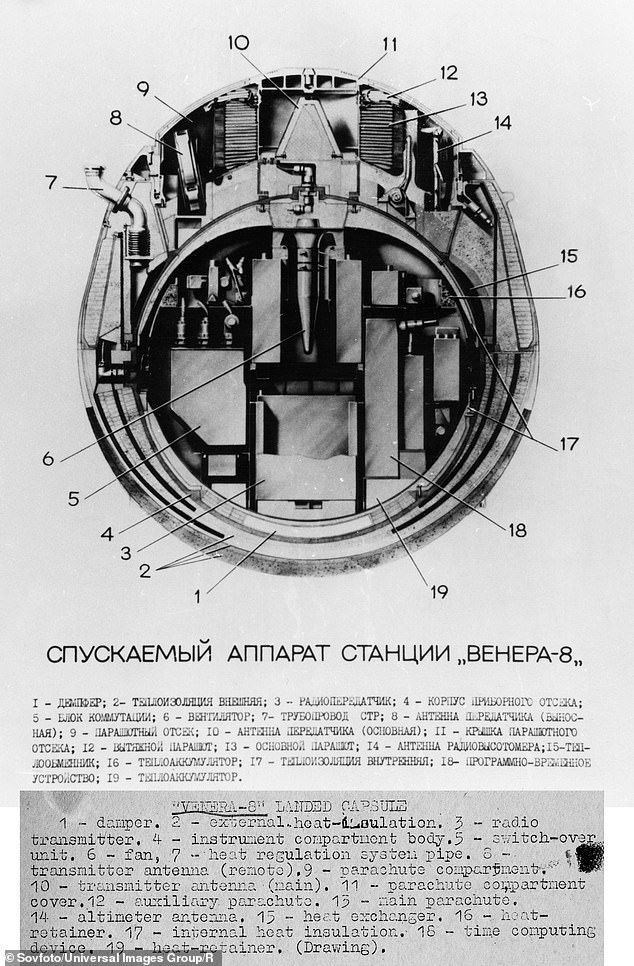 posted on Mar, 2 2019 @ 12:40 PM
link
I think that mystery orb was the star of a few television documentaries. I never heard they claim it to be a fuel tank till now.

originally posted by: UncleTomahawk
I think that mystery orb was the star of a few television documentaries. I never heard they claim it to be a fuel tank till now.

I think that is what it is, could be wrong.

According to this website it is a gas tank. 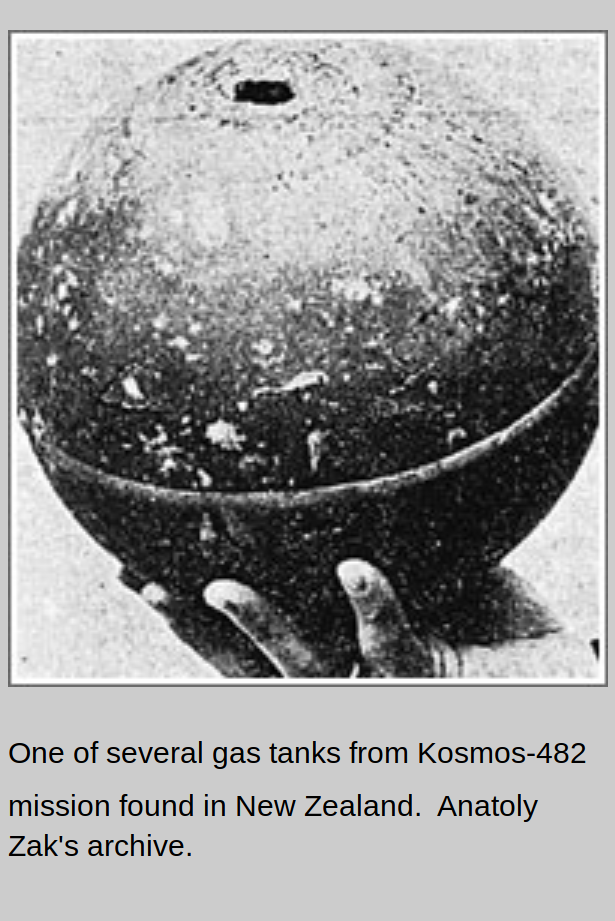 posted on Mar, 2 2019 @ 01:08 PM
link
Ralf Vandebergh of the Netherlands is a storied guy. I can't believe how many different articles like this I've seen his name in. I think he practically wrote the book on astro-photography. How he's figured all this stuff out is truly amazing...especially for an amateur with amateur gear.

ETA - I love stuff like this. Space was such an enigma back then, and everything was so primitive. It's just fascinating to imagine a chunk of history falling out of the heavens back to Earth, like a time machine.
edit on 3/2/2019 by Flyingclaydisk because: (no reason given)

and still finds no intelligent life??

When you say "gas" it could be hydrazine.

Eeek. Put the tank down and walk away.

When you say "gas" it could be hydrazine.

Eeek. Put the tank down and walk away.

No, probably not. The Venera spacecraft was quite large (around 900 kg) and therefore had to have very large bi-propellant (i.e., Nitrogen Tetroxide/Hydrazine) tanks in order to get enough velocity to escape Earth orbit. The Earth escape stage of this mission blew up while trying to execute that burn. Usually that occurs when one of the check valves in the thrusters fails and allows the oxidizer (NTO) to leak directly in to the Hydrazine tank. Since that fuel/oxidizer mix is hypergolic, it will cause an instantaneous explosion in the fuel tank. The tank containing the Hydrazine almost certainly did not survive the explosion.

Hydrazine/NTO tanks typically operate at a few hundred PSI and in that era were usually constructed out of thin walled Aluminum.That pressure is customarily supplied from thick walled Titanium pressure vessels filled with Helium to as much as 5,000 PSI, with the pressure supplied to the fuel tank stepped down through regulators. That tank in the guy's hand is one of those Titanium pressure vessels. NASA's Venus missions from the same era (i.e., Pioneer Venus) used the same propulsion technology. I happen to have obtained one of those Pioneer Venus era surplus pressure vessels for my own personal collection and know exactly what they look like. One telltale feature that gives away the identity of this tank is the rather conspicuous weld bead around the equator of the tank. These Titanium tanks were forged in two halves and then welded together. The width of the weld bead is roughly the same as the wall thickness of the tank which, in this case appears to be about a quarter of an inch.

When new, these tanks had a short, squat cylindrical stub projecting about an inch above the outer surface of the sphere at the fill port. This stub was drilled and tapped for a pressure fitting. NASA did studies on the re-entry dynamics of spherical vessels like this to see how likely they were to survive re-entry. It turns out that when one of these tanks re-enters the atmosphere, there are two stable conditions. If the fill port stub is facing backwards when the entry starts, it will be shielded from the highest temperatures of entry and will remain in that position all the way to the ground. On the other hand, if the tank begins entry with the fill port stub facing forward, that is also stable (somewhat counterintuitively) and will remain facing forward all the way to the ground. However, since it is projecting into the high temperature bow shock of the tank, it will melt off, leaving only a jagged hole in the wall of the tank. That is obviously what happened here.

I was actually hoping someone would have details. You provided a lot of them.