page: 1
30
<<   2  3 >>
log in
join
share:
RainbowPhoenix
+2 more
posted on Feb, 26 2019 @ 05:42 AM
link
Stumbled across this little nugget while checking my FB newsfeed. The article is from late 2017 so I’m surprised that I haven’t come across it here since that time. Now I’m not a huge believer in, nor in any rush to publicly claim Reptilians are real. That being said I did find this account interesting and just the kind of thing ATS is all about.

Smashing Pumpkins frontman Billy Corgan has opened up about his experiences in the record industry, telling Howard Stern that he has “witnessed a shapeshifting humanoid” in the flesh, before opening up to production staff after the show, informing them that the “record industry-Illuminati” is controlled by non-human reptilians.

I don’t really see why Mr Corgan would be compelled to lie about such a thing. Then again who knows as humans can be irrational, emotional and unpredictable at times. No matter how you feel about the subject one way or another most self respecting Conspiracy Theorists are at least vaguely familiar with the legends of lizard men secretly ruling the world.

I’ve often wondered if it is not possible for a smaller species of Dinosaur to have survived the catastrophic event that wiped them from the surface of the planet. Then going underground to survive and evolving over millions of years eventually witnessing and surveying the birth and advancement of human society. Perhaps they evolved with the ability to shape shift or communicate telepathically as defense mechanisms. The next more obvious claim would be that Reptilians are not of this world and are a malevolent exterrestrial species. Then there is the possibility as Mr Corgan himself claims that they are demonic in nature.

There are countless tales of Serpent/Reptillian like entities interacting with ancient civilizations throughout history. There are several threads here at ATS that discuss the very subject. Some of the most compelling clues can be found in ancient text and artwork though not all accounts paint the serpents as evil however. The Rainbow Serpents here is an interesting thread about the Aboriginal legend of the Rainbow Serpents. This particular story makes me think of the Aztecs and their imagery of colorfully feathered Serpents. Then their is the question of what could possibly compel them to perform mass ritual human sacrifices the way they did?

Biblical Texts Depicting Reptilians/Serpents here is another interesting thread on the subject. Now there is a lot of material on said subject here alone and I’m not going to link every thread. I’ll leave some digging for you guys. No matter how you may feel about this subject it is undeniable that serpents or humanoid reptiles have factored heavily into many ancient texts/legends/artworks.

Can we get any clear info on how many drugs this guy has put in himself over the years? And why would ANY pseudo-famous/somewhat of a has-been celebrity be compelled to lie to get ANY attention what-so-ever? (OK sarcasm over now)

My personal suspicions notwithstanding, there isn't any clear or easily found evidence of reptilian humanoids. That being said, A LOT of new evidence is currently being unearthed to support the hypothesis that humans have been civilized a lot longer than we previously assumed. And there is some debated evidence that troodon dinosaurs may have had articulate front claws/hands capable of grasping objects.

So if humans could have come back from what some people are now saying was a comet strike 12 to 16 thousand years ago, maybe a group of dinos found a safe haven 65 million years ago and developed into something more upright and humanoid, being forced to develop their brains and social structure in order to survive after widespread destruction.

Right, for and against, I do not believe we are under the control of alien shape shifting lizard men (who might taste like chicken mmmmmm nice with stuffing I would bet), but I do give a lot more credence to the idea that a second race of HUMAN's whom are no longer compatible with the rest of us due to there genetic shift and whom may have larger brain's may also live on this planet and just possibly also have often achieved positions of power and used them to manipulate the rest of us into useless wars as a mean's to cull our population for fear of there own exposure.
But as to THIS idea of alien's in charge? not beyond possibility.

(is she bonkers or a false flag? or telling the truth).

Remember also as any good conspiracy theorist should that these claim's could actually also be something of a false flag to hide the real Elites plan's to manipulate the world, make them watch the other hand and distract there attention while they play there slight of hand with the other like any good magician.

Also as to those pointing out the Drug's.

Very good point but let's just look at that from another angle.

Shamen and witch doctors as well as ancient priest hood's used hallucinogenic and other mind altering compound's and sweat lodges as well as other form's of self inflicted pain over the ages of human existence to alter there consciousness and see into other world's.

How might this work, you may yourself be two being's in a state of symbiosis, your soul or spirit has it's own senses but for the duration of it's coexistence with the physical body the fleshly human being's there sense's are shut down or dormant and they are only aware of what the body feed's to them while they are jacked into one, by disrupting the brain the drug's perhaps interfere with this link forcing the soul or spirit to partially awaken it's own senses and this is turn mean's that while the symbiosis is disrupted the sense of the person whom has done this to themselves are doubled, they see therefore into the other dimension were there spirit resides in it's natural element when not in a symbiotic incarnation until those drug's wear off.

Also it is possible that extreme meditation can also allow and instigate this.

Remember play the game from ALL sides including any you can think of that I have not mentioned here.

It's a genectic man its medicine and implant glitch 4D technology fail. Get it right, they need our plasma to create the alter of staying human with their own crafty geneticists. Lol good as any theory.

originally posted by: watchitburn
I think Billy has gone coo coo for coco-puffs.

he may have been trying to live in the 60s a little too much and fried his brain.

Billy was known to have said, "I came here to chew Bubblegum and kick ass, and I'm all out of bubblegum", then he killed everyone in the room. with a shotgun. to the face......to the face!

Ahh if only the sequel was what it was hyped up to be, Duke3D deserved so much more than that.
(sorry if you are not a computer gamer Duke Nukem's catch phrase was exactly that and being a shoot em up game shooting them in the face was part of the objective - it also ended with duke killing a big alien nasty guy - ripping his head off and reading a paper while he used the alien's headless neck as a crapper)

So I would say that he was probably playing Duke Nukem 3D before he said that and no one knew what the hell he was on about except a few ancient gamers (hmm giving away too much there).

posted on Feb, 26 2019 @ 06:53 AM
link
Mr Corgan has been inclined to be a bit delusional in the past and letting his ego write cheques his mind can't cash. This could have been one of those times (or psychedelic/chemical substances may have been involved.

I’ve often wondered if it is not possible for a smaller species of Dinosaur to have survived the catastrophic event that wiped them from the surface of the planet. Then going underground to survive and evolving over millions of years eventually witnessing and surveying the birth and advancement of human society. Perhaps they evolved with the ability to shape shift or communicate telepathically as defense mechanisms.

Not all dinosaurs were wiped out, some became birds and who knows what else. Which brings me nearly to this...

not all accounts paint the serpents as evil however. The Rainbow Serpents here is an interesting thread about the Aboriginal legend of the Rainbow Serpents. This particular story makes me think of the Aztecs and their imagery of colorfully feathered Serpents.


It hadn't occurred to me before that perhaps the aztecs colourful feathered serpents were representations of the evolutionary step between dinosaurs and birds? 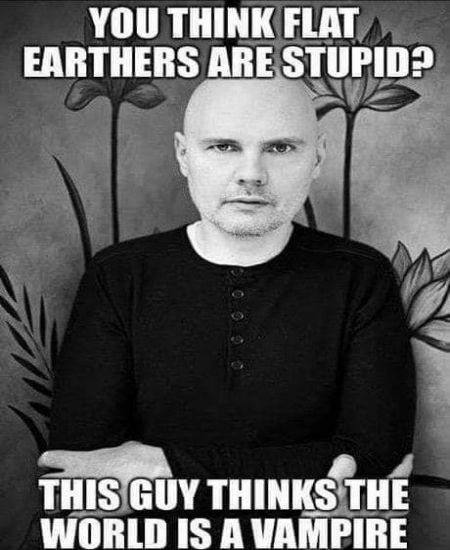 the movie "they live" is where that originate I think.

I find this interesting as I am presently binge watching "The Expanse".

It takes place several hundred years in the future. During this time we have colonized almost all of our local solar system. Nothing, and I mean nothing has changed, except for our physical forms, which have adapted to the environments of each world you where lucky, our unlucky, enough to be born on.

It makes me think of the possibilities of this in a whole new light.

Spot on Correct, and perhaps the book that was made before the movie, the movie was 1988 while the game duke nukem 3d was 1996 so a good eight years after the movie.
They live is a classic and often overlooked movie, in fact it had the best fight scene at the time thought it is a bit dated now, still an epic bout between those two actor's and I loved the idea of special glasses that revealed the alien subliminal messages everywhere and made the alien's visible - was it fiction or was there more to it? haha, brilliant come back and what a movie.

Damn you used to be able to find the full movie on youtube but the only sites my browser is kicking back now are dodgy one's with suspicious redirect's, still if anyone here has not seen the movie I think we would both recommend it whole heartedly, not only a great movie but a brilliant one and very under rated.

Got to kick myself as I really should have remembered that but in my defence it was a long time ago that I last watched the movie, some excellent actor's as well and even some very funny scenes, loved the idea of the alien space port and the alien's having a few human's in positions of power almost like pet's to help them control the world.

it's a gift I have. Rather than retain important knowledge, I chose to remember song lyrics from 80's music and one liners from movies. I are smart.