posted on Feb, 25 2019 @ 12:43 PM
link
the Mueller report will come out soon. How soon remains to be seen. But once it comes out, it will have an answer to the question. "Did Trump collude with Russia?" Well, as we have seen, the goal posts continue to be moved, and moved again. So it might be necessary to pour a little concrete around them for just a bit.

As a Trump supporter/defender, I will have no choice but to agree with whatever the Mueller report finds. Even if I don't like the outcome. I feel his process was tainted by bias, and a large portion of the criminals were given immunity early on (see also- democrats), but I don't think his outcome could be anything other than factual, as he is limited to facts that exist to make his case.

So, knowing that, will YOU state for the record that you will accept Muellers findings and we put the Russia/Trump thing to bed, or impeach? If Trump or anyone else did illegal things, then justice should be served. Perhaps one day, the left will be forced to follow those same rules. But it would be nice to have a record of those who are aggressively against Trump state before hand that they will also honor the findings of the special council, or as it was known, the insurance plan.

As always, Justice for Jussie.


I think both sides will not like what it contains but in the end it will not provide enough ammunition for impeachment but will make Trump look like he knowingly surrounded himself with scumbags of no redeeming moral qualities.

Disclosure: I am a Libertarian and have no dog in this race.

When he reveals he didn't find anything it will be alleged that he did not look hard enough.
This is a no win as nothing will actually be released.

I won't accept the findings as legit because it is all "fruit from the poisoned tree".

The investigation was created from fraudulent FISA warrants and allegations from a political rival.

This has never been a legitimate investigation, it has always been a witch hunt, an "insurance policy" against a sitting president.

We live in a god-damned Banana Republic if this kind of crap gets legitimized.

It's not really my place to say as I am not American, but I will say this: I believe that whatever conclusion Mueller comes to
should be ratified and if there is even the slightest hint of there being collusion to defame, detract from or god forbid, unseat a president, then there should be immediate legal and lawful investigation.

This stopped being a game two years ago.

Funny it isn't even out yet and there's already democrats on committees talking about subpoenas for Mueller and others, more investigations etc etc.

I can respect your opinion. I have some of the same thoughts. But I still think there might be a chance that without evidence of corruption, the report may show just that, and I'd prefer it all end with this, rather than continue on with more investigations, and more time/money wasted.

Knowing what has already been accomplished, I can't imagine what could be done without all the drama.

If it disagrees with what I said for the last two years. I won't accept.

Signed both left and right politico's.

posted on Feb, 25 2019 @ 12:56 PM
link
I've pretty much come to the conclusion that the Mueller Report will land flat in terms of consequence to anyone that isn't already implicated in wrong-doing. If I'm wrong, I'm wrong...but what I'm most interested in seeing is how the media responds to it.

Lets say that Trump is found to be innocent in all this; what's the response going to look like? Will they go after Mueller and cry foul? Will they dig up some new story to consume their talking points for the next 2 years? Will they give Trump an apology for trying to completely derail his presidency from the start? (Just thinking of that makes me laugh inside)

It's easy to think they'll do if Trump is found to of committed some wrong doing. IMPEACH, IMPEACH, IMPEACH will ring loud and long for as long as it takes. Then they'll go after Pence with ruthless aggression and undermine his short tenure. But, I wonder if this would be of benefit for the conservatives if he were removed from office. In the sense that they would be able to put their best foot forward on the campaign trail for 2020 instead of defaulting to Trump as their (R).

I think both sides will not like what it contains but in the end it will not provide enough ammunition for impeachment but will make Trump look like he knowingly surrounded himself with scumbags of no redeeming moral qualities.

My guess is it will have just enough ammo for both sides to keep us busy while the government continues to focus on their agenda. While the masses have this bone to quarrel over, they will slip some things through the unguarded cracks.

My hope is, that it will finally come out that extraterrestrial being's colluded with Trump, but he turned on them and made the space force to defend earth, making him the president of the world after he fights off those pesky green beings, perhaps with a global wall of some sort.

Quite possibly the way it will all shake out.


Imagine the media spectacle when crimes are levied and can't be charged. Would surely cause riots.

originally posted by: CriticalStinker
perhaps with a global wall of some sort.

The report is merely beginning. If we ever even see the damn thing. It will be up to the House and Senate to act or not act on the information. Of course, I believe the American people deserve access - regardless of whose narrative it supports.


originally posted by: CriticalStinker
perhaps with a global wall of some sort.


Who cares, we're not Richarding around anymore. 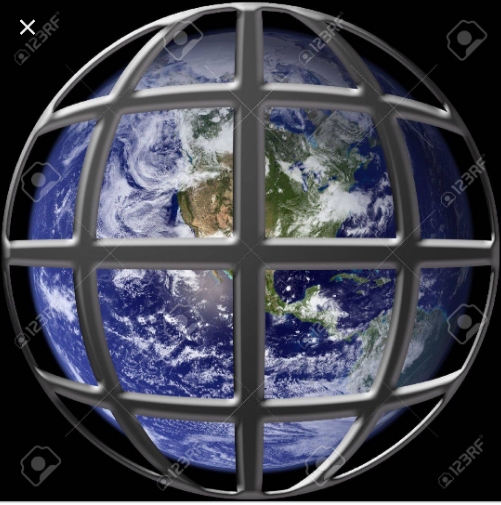 Middleoftheroad
+1 more
posted on Feb, 25 2019 @ 01:08 PM
link
Considering this was an attempted coup. I won't even consider the results of the investigation. If the investigation was started on legitimate grounds I'd be singing a different tune, but it has been proven it wasn't. If there was collusion between Trump and the Russian intel agencies we'd have heard it through leaks by now.

cage is such an ugly and aggressive word. I think "fence" has a much better connotation.

Zeropinion
+1 more
posted on Feb, 25 2019 @ 01:12 PM
link
I'm still waiting to hear what statute he would be charged under if there WAS collusion.
Hell Hillary paid ten million for a bogus smear document from the Russians in order to affect the outcome of the election and no one in the media is talking about charging her with anything.

Mueller has indicted those who broke the law. All others are innocent. The report will not list all the names of suspects who were not indicted and why...like Comey did to Hillary.

posted on Feb, 25 2019 @ 01:14 PM
link
I'm never going to accept anything our government finds until Democrats like Hillary, the Podestas, and WAAAAY more are held to the same standard Trump has been held to, can't wait for the never ending investigations into these folks to start.

He has not revealed anything about the trump tower meeting, trump junior lying, dad fabricating a stroy about orphans, the entire admin supporting the same fabricated story. The Seychelles Island meetings, Deutsche Bank. So many loose ends.
So many unanswered questions. I do not think he is going to be done too soon based on that but he may have already dealt with this and we will see the results of that with the remaining sealed indictments.