AOC is Lying to You, and You Know It.

But hey, since "Liberals" own youtube and most of the media, it seems the videos are now "lost in limbo maybe"? Because I can't find them anymore on the top search. A lot of "Liberals," and democrats seem to have forgotten she also talked about a 90% tax on the rich.

She now claims to want to implement a 70% tax on the rich after their 10 million.

But here is the thing.

Let's assume that there are 1.08 million multi-millionaires, which I think is a figure that is too high.

But the thing is, she also wants to give "medicare for all" which has been stipulated to cost about 32.6 trillion dollars for 10 years.

How much would 'Medicare for All' cost? Democrats' health care plan explained

AOC also wants to give free college education to everyone. How much do you think that will cost?

According to B. Sanders:

...
The estimated cost of the program is $47 billion a year. That would cover, Sanders estimates, 67% of the $70 billion it costs for tuition at public colleges and universities. States, he proposes, would cover the remaining 33%.
...

How will the rich pay the rest of the over 318 million Americans a wage of $15 U.S.D. if most of their money will be "redistributed" to all these programs B. Sanders and AOC among others want?

The fact is that it won't just be a 70% tax on the rich making over $10 million. There will be many other taxes which eventually will also be paid by every one of us.

The additions of all these taxes together will be the cause for inflation of the U.S. dollar, the lost of millions of jobs since "the rich won't be rich anymore," and the complete paralyzation of the nation's infrastructure.

The fact is AOC, B. Sanders and others like them are lying to you, and trying to see what lies you swallow meanwhile they try to lure the U.S. into becoming Venezuela.

Gotcha. In other words you have no real counter-argument to give.

I like her because she makes Republicans so angry. If we are experiencing depression style poverty rates maybe we need to return back to FDR levels of taxation. The profits from productivity gains are so high the billionaires will not even see a shred of difference to their lifestyles.

The music will keep playing! It sure looks like a young Trump in the first 20 seconds of the video!

About time somebody realizes the Democrat BS is just BS 😎

They can tax all they want but it's not enough to cover the actual costs.

Eventually everybody would have to pay 80% flat, but they won't tell you that will they 😎

And if everybody gets "educated" beyond their capacities, who would be left to do the labor jobs ?

They won't answer that either 😎

Democrats always dream the cream dream without the frosting 😃

Given that, of course she is lying about some stuff. They all are. In politics, left or right, we mostly choose to believe the lies that we like the best.

BTW, you liking her because she makes republicans/conservative angry meanwhile you ignore the fact that she and Bernie would essentially destroy the economy of this nation speaks volumes about you.

I thought it said AC/DC is lying.

Not sure what they ever lied about.

If now that number doubled it would mean that there "could be" roughly about 4,000 people who earn more than $10 million a year. Remember these are only "guesstimates."

posted on Feb, 25 2019 @ 12:04 AM
link
Alexandria Ocasio-Cortez does NOT practice in her personal life what she tells everyone else to do. She lives a life of luxury and pampering. Heard last week that she inked a $10 million movie deal of her biography.

A lot of "Liberals," and democrats seem to have forgotten she also talked about a 90% tax on the rich.

She now claims to want to implement a 70% tax on the rich after their 10 million.

So you used the above story as proof she asked for 90 percent tax but the story makes no such claim and even talks about AOC wanting to implement a 60-70 tax.

"made the comments after Ocasio-Cortez, D-N.Y., caught flak for suggesting people earning more than $10 million could be taxed between "60 or 70 percent.""

The additions of all these taxes together will be the cause for inflation of the U.S. dollar, the lost of millions of jobs since "the rich won't be rich anymore," and the complete paralyzation of the nation's infrastructure.

How much do the poor actually pay in taxes? Probably more than you think.

Working people, even if they don’t make enough money to pay federal income tax, also pay payroll taxes that contribute to Social Security and Medicare. And anyone who drives a car pays gas taxes. The old cliché really does hold true — the only thing as inevitable as death are taxes.

One fifth of one’s income would be a lot for anyone. But for a low-income family struggling to get by, those costs really add up. “When I go to the store, I’m pinching pennies all the time because we never have enough food and everything,” said one woman in Ohio when I asked about the sales tax. If one’s fiscal contributions are measured in the hardship they impose, the poor are paying dearly.


Overall, the tax system is moderately progressive; rich people pay a higher percentage than poor people, but almost everyone pays substantial amounts. At the very, very top of the income spectrum, however, taxes stop being progressive.

Once you reach the top 0.1 percent, effective tax rates actually start going down. Each of the top 1,300 richest households in America made more than $62 million in 2012, but they pay a lower percentage in federal income taxes than upper-middle-class people. Still, almost every person — excluding multinational corporate “persons” — pays a substantial amount of their income into government coffers.

There was a thread on ATS about it, not to mention the fact that Bernie Sanders and other democrats have also called for an increase of 90% tax on the rich.

Bernie Sanders wants to tax the rich at 90%. Here's why that's not crazy

AOC is a graduate of jokeconomics 😀

Understands all the "dollars and noncents" 😊

Che-vrolet has announced a new car for 2020.....The Chevy Cortez Model GND with a special 1 horsepower engine 😁

The engine uses oats for fuel 😀

What's funny is you said it yourself: income inequality is at a near record high. Isn't that one of AOC and Bernie Sander's main talking points, about why the economy isn't working for most Americans? Thanks! 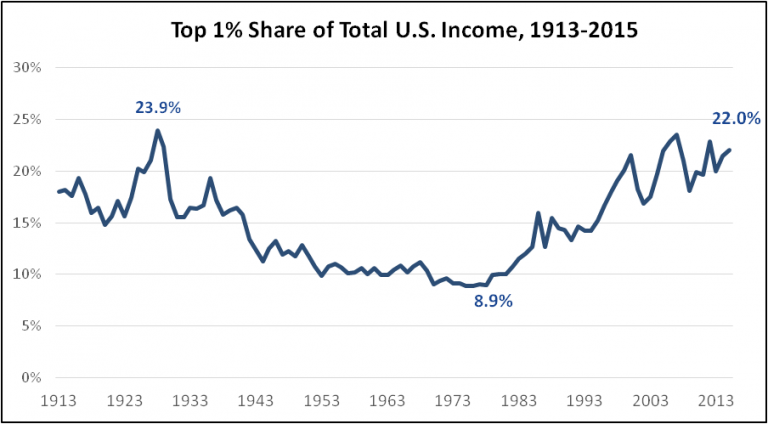 Where exactly did she lie, again? I think I missed it.

Anyways, I am going to only address the Medicare thing, 'cause I don't wanna be stuck here all night, but...

Miller-Lewis referred to figures not highlighted in the report that show that between 2022 and 2031, the currently projected cost of health care expenditures in the U.S. of $59.4 trillion would dip to $57.6 trillion under the “Medicare-for-all” plan. That’s how Sanders arrives at his claim that the study “shows that Medicare for All would save the American people $2 trillion over a 10 year period.” (See Table 2.)

Wow, it would actually save us in the long term, according to the Koch Brothers of all people. It's funny when the opposition ends up making the argument for us.

Champion of the working class 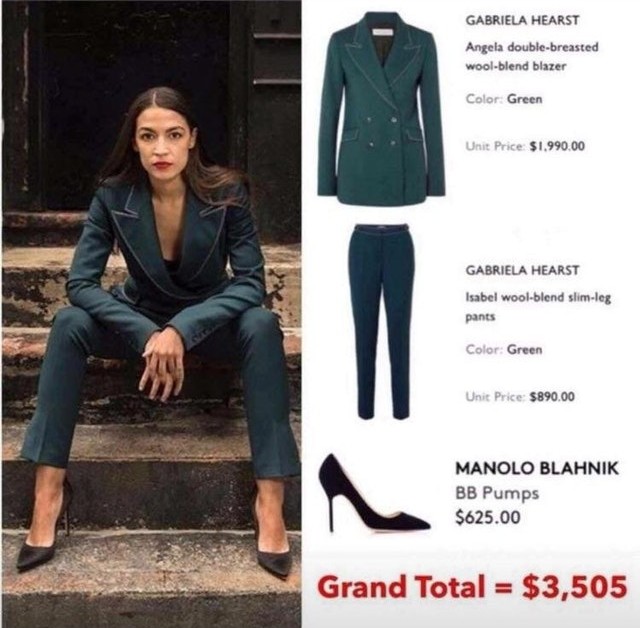 Into women's fashion, are you? It's cool to have hobbies.

Alexandria Ocasio-Cortez and the Politics of a $3,000 Suit


When the castigating got traction, Ms. Ocasio-Cortez shot back at her critics, pointing out the obvious — that she did not buy the clothes she wore for the shoot. They were lent to the magazine for the purpose of taking pictures.

b) You don’t get to keep the clothes, duh

d) Get used to me slaying lewks because I am an excellent thrift shopper pic.twitter.com/Nd2m6WoCxF
— Alexandria Ocasio-Cortez (@Ocasio2018) September 15, 2018

A.) Why represent something you don't approve of? Nobody forced her to wear clothes that embody capitalist excess.

B.) A member of Congress using the word "duh" is not a sign of progress.