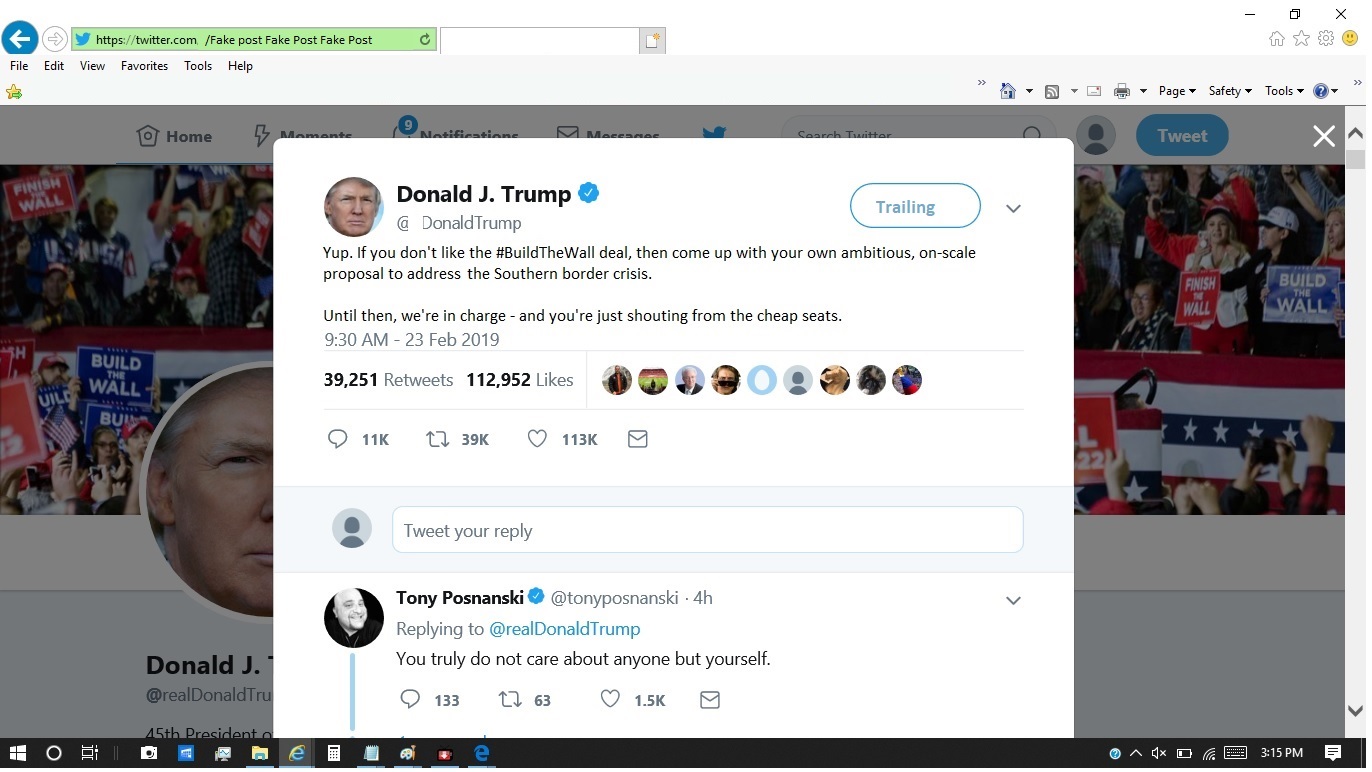 Yup. If you don't like the #BuildTheWall deal, then come up with your own ambitious, on-scale proposal to address the Southern border crisis.

Until then we're in charge - and you're just shouting from the cheap seats.


I am curious what people think about a tweet such as this coming from the POTUS. As we all now know, he isn't exactly politically correct now is he?


I'll probably get a lot of negative feed back from this thread at some point but I will proceed anyway to make point.
edit on 23-2-2019 by StoutBroux because: (no reason given)


Just edited to show the text in the image in bold

originally posted by: Plotus
No go, it's too small to read.

I had the same issue.

Maybe miss occasionall Kotex will have a response.....

You do realize that those words are originally from AOC? Here ya go twitter.com...
And she's taking a good slapping over it.

I don't think that is an actual trump tweet.

posted on Feb, 23 2019 @ 04:09 PM
link
Trump is not at all politically correct, he is a businessman and not really a politician that says nice things to your face and stabs you in the back when you leave, or forgets everything you say immediately. I knew a Senator and he was a Democrat and he actually was concerned. He tried to do good things, but in private he did talk about the jerks confronting him, but he was polite to everyone when he gave a speech and addressed their questions. When he was a cop, he probably would have slammed the heads of irate people like some of the jerks at the townhall meeting on the hood of their car and then handcuffed them. I suppose he had it all out of his system from doing it at work. I would never have patience like that with jerks, I would have had them tossed out of the meeting.

But then, I would never run for a political position, having to put up with idiots who think they are smart all day long.

Someone really did say it.

Had Trump actually said it.

They'd call him a racist,bigot, and hates poor people,and is an elitist.

If you check out the thread you'll see that her own kind are giving her grief over it.

Although I would rather let some time to go by and get some responses from several members, I feel guilty about submitting a false tweet. But, it brings me to my point. If Trump HAD made that tweet, there would additional hatred upon his head for such a post. 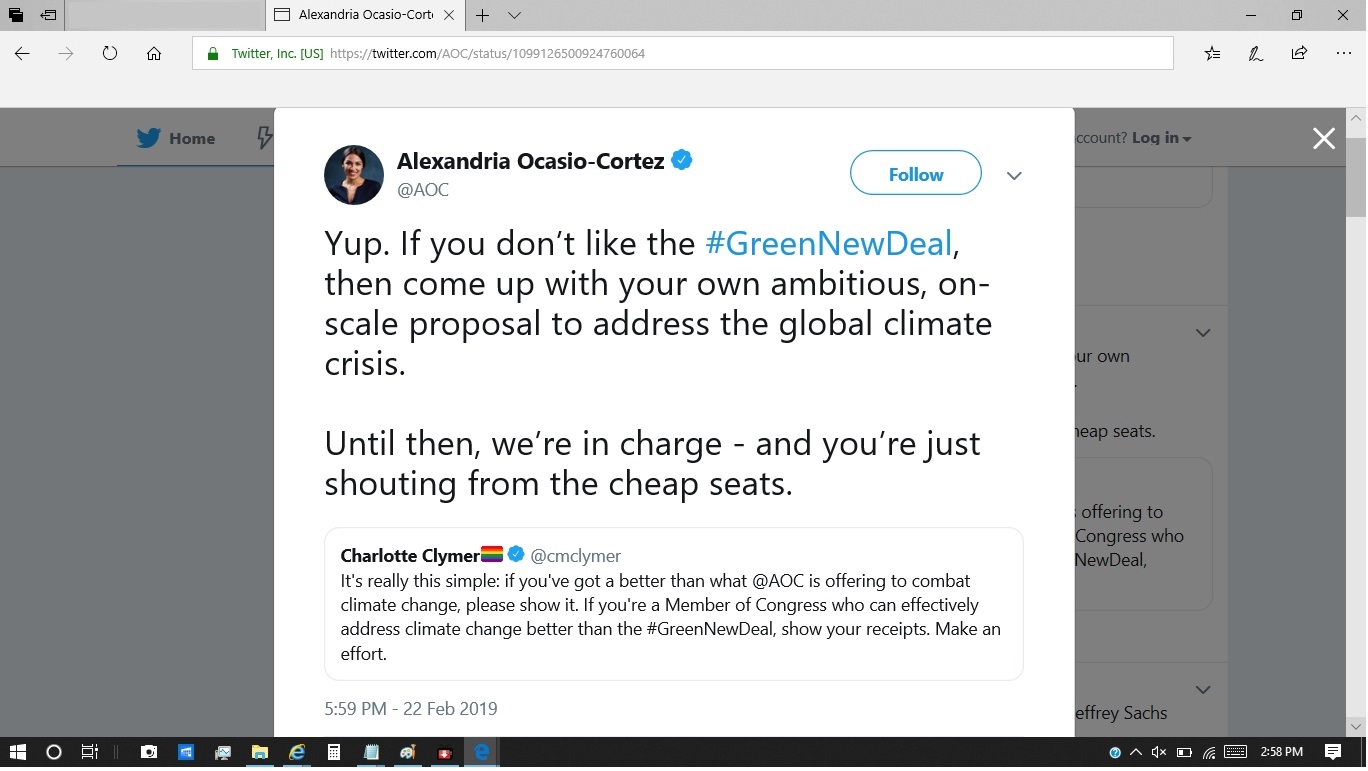 I am surprised that such a tweet is coming from AOC. She evidently has settled quite comfortably in her new role and along with all the other threads here about her speedy adjustment to this new role, this did bring about a slight shock on her tone.

What does she think she is "in charge" of?

They didn't even sit her on the climate change committee...

Looks like her head may be growing big enough to match her eyes.

To the OP, it would be one thing if a President said it, since he is actually in charge.

Quite another when a junior member of the House of Representatives says it.

Because then, who cares?


What does she think she is "in charge" of?

posted on Feb, 23 2019 @ 04:22 PM
link
The only thing she's in charge of his holding down the throttle on the dems new crazy train. Her and a bunch of other extreme nutjobs are all packed into that thing, hurtling the dem party towards total disaster.

Honestly, it won't happen. There are still some "sane" people who are much more connected and entrenched in the party. They will put an end to this at some point.

I envision some people being sacrificed and run out of the party.

originally posted by: neo96
a reply to: Lumenari


What does she think she is "in charge" of?


Well, I know as a Democratic socialist she certainly WANTS control over that...

But at the end of the day she's a junior House Rep.

So she has about as much power over me as the homeless guy in front of the supermarket.

Now I will grant you, she has given me a lot of giggles over the last few months...

But at the end of the day all she is doing is tanking the Democratic party.

Maybe miss occasionall Kotex will have a response.....