Senator Amy Klobuchar once ate salad with a hair comb 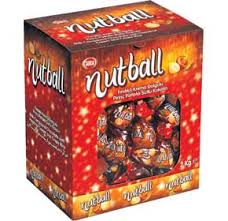 
Sounds like she is a little bossy and kind of unique in her aggressive method of grazing on rabbit food.

Thought I was the only one that called salad rabbit food.

originally posted by: neo96
a reply to: rickymouse


Sounds like she is a little bossy and kind of unique in her aggressive method of grazing on rabbit food.

Thought I was the only one that called salad rabbit food.


We had rabbits, we even had one living with us running around. It ate out of a bowl next to the cats bowl. If you stomped your feet it would hop and deposit little pellets on the floor. I wonder if Amy does that?

posted on Feb, 23 2019 @ 05:55 PM
link
My band played an outdoor gig in 2009 for Wounded Warriors at Walter Reed in DC. Paul Wolfowitz (President of the World Bank, United States Ambassador to Indonesia, U.S. Dep SECDEF, USD-P, and former dean of the Paul H. Nitze School of Advanced International Studies at Johns Hopkins University; currently a visiting scholar at the American Enterprise Institute) made an appearance at the event. He's a smart guy. He's well-educated. He appears to appreciate the finer things in life.

When he arrived, he stepped out of his car, pulled a small black Ace comb from his coat pocket, licked it, and combed his hair.

Wolfowitz in a neo-con, so this proves putting one's comb in one's mouth is not the exclusive providence of one side of the aisle.

Needless to say, I was dumbfounded. Here I am--a luddite guitar player--and I am completely grossed out by this comb-licking guy in an $8,000 suit.


Haha that is funny but who cares? I use my pocket knife to eat sometimes.

I’m guessing you must be bored lol

But are you a duly elected US Senator? With unpaid intrrns working for you?


Staff member should sue her for workplace HAIR-ASS-MENT! HAHAHAHAHAHAHA....ha..ha ha…

originally posted by: TerryMcGuire
a reply to: UKTruth
Elitist Dems, ordering their serfs. Good one.
Hunger Games types, hoo boy, that one really puts it all in perspective.
Monsters vrs good guys, your guys I can only guess. Must be nice to have things so simply drawn.


OK, so how would you react if your boss:

1. Made you retrieve her lunch.
2. Flipped when she saw you forgot the utensil.
3. Demanded your hair comb.
4. Ate with said comb.
5. Handed it back to you and made you wash it.

Btw, Amy Klobachar is on record as priding herself on being a tough boss (like the one described above), and says she wants to be that kind of tough boss for the US.
edit on 23-2-2019 by ketsuko because: (no reason given)


Staff member should sue her for workplace HAIR-ASS-MENT! HAHAHAHAHAHAHA....ha..ha ha…


Pics or the @ss in question isn't really hairy.

At least Wolfoqitz was licking his own comb. This is someone licking someone else's comb.

originally posted by: DBCowboy
If eating her salad with a comb was bad, you should have seen what she used as a napkin.

If I had accepted the job of personal aide, or personal lackey that is what I had signed on for.

Retrieving the lunch would be part of the job description
Her flipping out because he failed to get utensils would be part of a lackeys job and demonstrates a lack of focus on details
She took the hair comb from her bag, and did not demand it from the aide
Ate with the comb, well weird but still making do wih available resources.
Making the aide clean it after. Aides job I guess.

So would I vote for her? Likely not. Is she a stern boss? It appears so. Would I like her as a boss, hell no. Is she indicative of elitest liberals bossing around their serfs as offered by the post I responed to? Hardly.

If she treats people trying to help her win the presidency poorly, why, Imagine what she thinks of the rest of us.

posted on Feb, 23 2019 @ 07:16 PM
link
Who cares? I mean that, seriously. If the aide was offended, the aide should quit. I don;t see how this is of any importance in the grand scheme of things. No laws were broken, no charges filed, nothing.