posted on Feb, 23 2019 @ 01:29 PM
link
NASA has completed the Flight Readiness Review for the SpaceX Crew Dragon, clearing the capsule for its first flight. The launch is set for 0248 ET, Saturday March 2nd. The launch will be unmanned, and is scheduled to orbit until Sunday morning, at which time it will attempt an automatic docking with the ISS. Once docked, it will remain attached to the station until the following Friday, when it will return to earth, landing in the Atlantic and being recovered.

If the mission goes well, a manned flight will take place later this year. Both SpaceX and Boeing plan demonstration missions this year, with Boeing planning to launch their capsule in April.

SpaceX’s Crew Dragon passenger spacecraft is launching atop a SpaceX Falcon 9 rocket from Cape Canaveral in Florida on March 2 — but with only a spacesuit-wearing dummy on board.

It will then attempt to autonomously dock with the International Space Station after reaching orbit early Sunday morning.

NASA and SpaceX officially decided to proceed with plans yesterday for the first ever test flight, dubbed Demo-1 (or DM-1), of SpaceX’s Crew Dragon passenger spacecraft.

Lets hope all goes well. It is hard to believe the US has gone this long without the capability to put a human into space. That it will be a private company, it seems, returning this capability first to the US and not NASA raises many questions. When does NASA plan to launch a human into space again?

originally posted by: Zaphod58
a reply to: LookingAtMars

As Zaphod58 pointed out, NASA's planned use for SpaceX's Dragon2 and Boeing's CST-100 Starliner is for LEO transportation services, namely for trips to and from the ISS, but also potentially for other LEO trips.

That's what NASA's CCDev contract (through which SpaceX and Boeing will be paid by NASA to develop their spacecraft) was specifically for.

However, neither the Dragon2 nor the CST-100 will be rated by NASA at this time for long duration flights and flights outside the magnetosphere of Earth -- such as to the Moon or Mars. That will take some more doing and additional design by SpaceX and Boeing.

But that's where the Orion comes in. Orion has been designed to be radiation hardened for flights outside of Earth's magnetic field -- such as to the Moon or to an asteroid, and/or be part of a manned Mars vehicle. Orion is a joint NASA-European program, with Europe providing the service module portion.

NASA has its "Moon to Mars" campaign in which they are planning to once again partner up with private industry (like they partnered with SpaceX and Boeing for LEO transportation services), but for now those private partnerships don't include human space transportation systems to the Moon, nor anywhere beyond LEO -- at least not yet. For now, the plan is for Orion to be the craft that would take humans to the Moon and beyond.

NASA's Exploration Campaign: Back to the Moon and on to Mars


originally posted by: Zaphod58
a reply to: LookingAtMars

Elon Musk has a penchant for being overly optimistic about schedules, and has historically let them slip quite a bit.

posted on Feb, 24 2019 @ 01:34 PM
link
a reply to: Box of Rain
Yeah it was just a wild guess, IIRC they are aiming for a couple of years earlier, but thats not Happening.
I'm cautiously optimistic they'll get an unmanned Starship to LEO fairly quickly though. The real challenge will be to refuel them in LEO.
And if something goes wrong and some point and a vehicle ist lost, the program will be delayed by years and years.

There are amazing times.

posted on Feb, 25 2019 @ 10:25 AM
link
In a report by NASA's safety advisory panel late last year, they cited four "key risk items" in SpaceX's and Boeings designs that might cause delays in crewed launches and in NASA certifying these private capsules for its crews' use.

For Boeing, they include the capsule's structural vulnerability when the heat shield is deployed. For SpaceX, the report mentioned the redesign of a SpaceX rocket canister following a 2016 explosion and its "load and go" process of fueling the rocket with the crew already inside the capsule. "Parachute performance" remained an issue for both companies.

"There are serious challenges to the current launch schedules for both SpaceX and Boeing," the report said.

It should be noted that while NASA had expressed serious reservations in the past of SpaceX's "load and go" procedure, it has signed off on the process last year (see links below) This advisory panel still seems to want to reiterate NASA's original concerns while still accepting the use of Load and go.

Article from 2017 outlining NASA's concerns over Load and Go:
“Steep hill” for SpaceX to convince NASA of load and go’s safety for crew

Article from 2018 about NASA signing off on use of the procedure:
NASA signs off on SpaceX’s “load-and-go” procedure for crew launches

I just got to reading the actual report (from NASA's Aerospace Safety Advisory Panel, or ASAP) referenced in the CNBC article I linked in my post above about SpaceX and Boeing design risks that may delay certification of SpaceX's Dragon and Boeings CST-100 for crew use by NASA.

The article mentions that NASA had concerns about structural vulnerability of the heat shield for Boeing's CST-100, but reading the actual Advisory Panel report myself, it seems the issue is not with the CST-100, but with NASA's Orion capsule. I couldn't find anything in the report about structural vulnerabilities with Boeing's heat shield, just some references to concerns over Orion's heat shield, namely the gap fillers.

So I think the CNBC story (which maybe originated from Reuters?) I posted above said that in error. My mistake was posting the news article before I read the actual report to try to verify the news article.

Edit to add:
The original story was written by Reuters, and just passed along by CNBC. Here is a link to the original, which says the same thing about Boeing's heat shield vulnerability, which I think might be incorrect, and isn't in the Advisory Panel report (although I'd be happy if someone checked me on that...Jim Oberg, maybe?)


Participants in the briefing:


On a funny (at least to me) side note, the name of the launch Weather Officer is Melody C. Lovin, which I suppose would be MC Lovin…
...Like "McLovin" from the movie "Superbad"

posted on Feb, 28 2019 @ 05:21 PM
link
During today's prelaunch NASA briefing, Hans Koenigsmann from SpaceX revealed that the data-collecting spacesuit-wearing "smart" mannequin that will ride along with the DEMO-1 Dragon capsule will be named "Ripley" -- after Ellen Ripley (Sigourney Weaver) from the Alien film franchise. 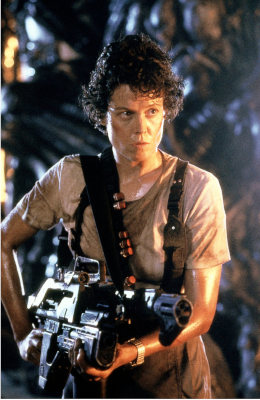 posted on Mar, 1 2019 @ 04:53 AM
link
Interesting details about the upcoming automated docking with the ISS: www.facebook.com...

Roscosmos and NASA agreed on the protocols for ensuring safety of the astronauts on the ISS. In the event of a non-standard situation during the docking sequence, the docking will be aborted.

During the docking sequence, the four hatches leading to the American module to which Dragon 2 will dock will be closed. In case of a non-standard situation, the crew will move into the Russian segment of the ISS, and then to the Soyuz MS-11 spacecraft.
edit on 1-3-2019 by wildespace because: (no reason given)