posted on Feb, 21 2019 @ 11:32 AM
link
I keep hearing that Climate Change will destroy the planet and everyone living on it. I then hear we need to give 90-95% of our income to Bernie Sanders, Al Gore and Alexandria Cortez so they can give us a bunch of free stuff while stopping Global Warming. Or, is it that they can't stop it but they need all of this money to slow it down?

Exactly how will they do this and what do we have to do? How many meals while I be reduced to eating per day? Will I be allowed any snacks? How much can I weigh? How many Children can I have? At what age am I living too long? How many rolls of toilet paper can I use per day? Can I eat meat?

What about farting cows?

“We set a goal to get to net-zero, rather than zero emissions, in 10 years because we aren’t sure that we’ll be able to fully get rid of farting cows and airplanes that fast,” reads the initial version of the resolution’s fact-sheet. However, Ocasio-Cortez staffers have since removed “farting” from fact-sheet.

Honestly, what can we do to stop this? It would seem we have to go back to sending smoke signals and living in tree houses. What about Science and Technology? Instead of giving Government all of our money to control every aspect of our lives, why not give more money to Science and Technology to find a solution? From what I see colonization of other planets is the only answer if you listen global warming fanatics.

There's really nothing we can do but we still need to let global warming fanatics control every aspect of our lives.

What exactly do we all need to do? How much money does the Government need to stop this? What about other Countries, do we need to control them by force?

You can do anything to anybody in the name of saving the planet. You can control every aspect of peoples lives. You can kill millions or billions of people in order to control the population and save the planet.

I can see a time where people who are killed or volunteer to die to save the planet will be treated like war heroes.

The Climate-Change Solution No One Will Talk About

Studies have shown that improved access to birth control can be a valuable tool in slowing global warming, but many politicians are afraid to broach the subject.

Just listen to these two studies. It's just pure nonsense.

A study from the Futures Group said it would cost $3.7 billion a year to provide such services to countries that don't yet have them. The public-health benefits of reducing unplanned pregnancies are clear for both mother and child, especially in high-risk impoverished areas.

In other words, we need to stop poor people from having babies first. Here's the next one.

A 2010 study published in the Proceedings of the National Academy of the Sciences looked at the link between policies that help women plan pregnancies and family size and global emissions (the study also looked at aging and urbanization trends). The researchers predicted that lower population growth could provide benefits equivalent to between 16 and 29 percent of the emissions reduction needed to avoid a 2 degrees Celsius warming by 2050, the warning line set by international scientists.

I mean, this is insane. COULD PROVIDE BENEFITS by 2050. We could also be visited by green aliens that live underground on Titan by 2050. I wonder if the people who write these studies have stopped having children.

Will people who are so concerned about global warming stop eating meat, stop having children or kill themselves first to show everyone how important this is? Will the global warming celebrities stop flying on private jets and renting big yachts to stop global warming? Why not hold the Oscars in a tent and have everyone ride up in a horse and carriage instead of the Limos and gas guzzling SUV's they will ride in.

So tell me, how much control of my life should I turn over to Bernie Sanders and the Socialist/Liberals in Washington in order to save the planet?
edit on 21-2-2019 by neoholographic because: (no reason given)

I honestly dont believe they can change it. Not without messing it up way worse than it is.

They already have it.

My guess is it's in a vault at the CDC 😜

A pretty simple strategy really.... make people afraid and then offer a solution.

A solution that puts certain people in control of the masses.

It's how to transform capitalism into socialism.

As far as what it is going to cost you?

posted on Feb, 21 2019 @ 11:40 AM
link
Total human annihilation would definitely stop the ACW effect. However, no matter what we as a species can do to this planet, it will survive. It has done so under more stress and tragedy than anything we can inflict upon her.

We are merely a case of mange to her at the moment.

posted on Feb, 21 2019 @ 11:46 AM
link
They need all of everyone’s money so they can solve this problem of course, cause the government is great with money and using it to solve problems.

That’s why there’s no poverty, no drug epidemic, and perfect world peace everywhere. 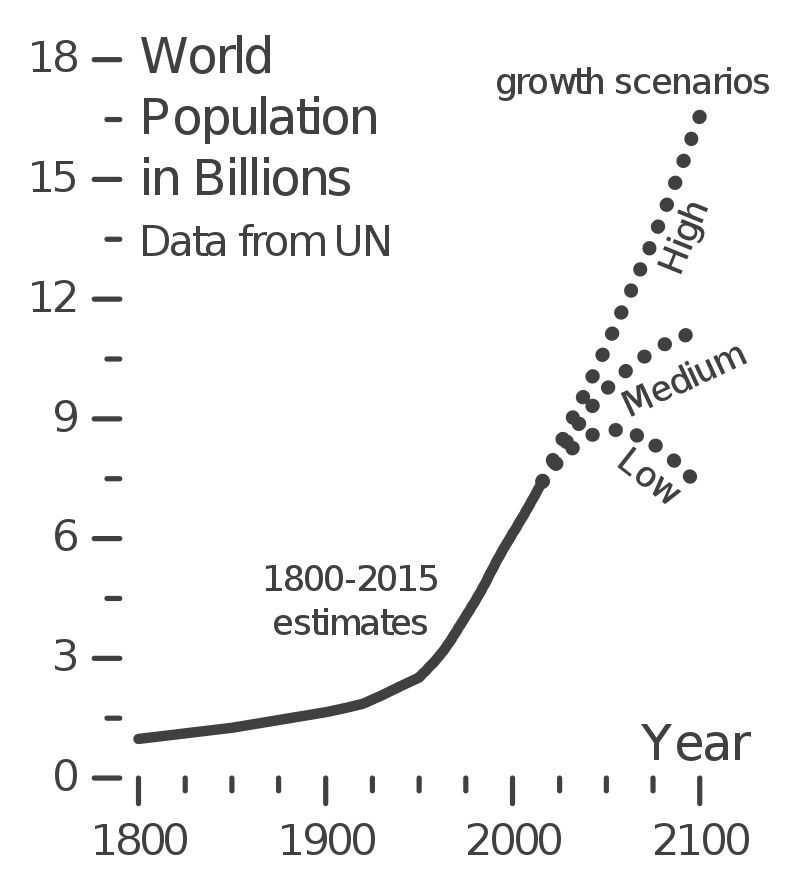 They need to tax the air,rain,destroy entire industries putting people out of work, and take more power over everything in the country.

Of course wouldn't solve their neurosis. Because the don't control the entire world.

For that they'd need to wage global war, create prisons for eco terrorists for not putting up with their snip.

We have consumed our planet, we have saturated our oceans and atmosphere to the point of no return. We will no see recovery in this Epoch or the next. Perhaps we never will.


What exactly does the Government need to do to stop Global Warming?

It's to late to stop it. The weather and storms will just continue to get more severe and create more devastation.

I don't think mankind is powerful enough to mess with the solar cycles.

1. Ask your government to tax you and all your fellow Americans, especially the wealthy. They pay 90% of the taxes, so target them with an extra big percentage.

2. Then, make sure your representatives approve of sending a giant chunk of this taxpayer money to a giant Globalist Climate Change Slush Fund.

(Don't worry about who has access to it, nor the convoluted paper trail to track expenditures, nor what foundations and initiatives are receiving money from it, nor any otherwise reasonable questions.)

3. Next, make sure your Big Globalist Slush Fund issues grants and "seed" money to various persons and groups to do "Studies". Any person or group whose study does not comport with the results that will assure continued funding of the Giant Globalist Climate Change Slush Fund must be dismissed and shamed.

4. Then, make sure all members and partners that support The Giant Now Humongous Globalist Climate Change Slush Fund set up a yearly or semi-annual "Conference". Make sure it is at a place that has an elite Ski Resort, or Tropical Island Paradise, so the members can discuss climate change issues in a manner they have become accustomed to.

5. And lastly, demand that your congressmen pass laws that support a worldwide UN "law" that forbids you to question, deny, or otherwise doubt their studies, their membership requirements, their increases in a country's contribution, etc. Have them to make it a fineable offense, possibly even imprisonment if you question them too loudly.

If you will do just those 5 things above, the planet will never ever have climate change again.

originally posted by: lakenheath24
Kill off 80% of the population. And I am serious. Peeps may not want to admit it...but we iz bad for the environment.

They already have it.

My guess is it's in a vault at the CDC 😜

LOL, I was thinking the same thing. The only way to cure the Earth of the cancer that exists, is to remove the cancer. We are that cancer. But with our arrogance, we (some of us) believe that our existence is so important, that we should manipulate the Earth to fit our needs, instead of realizing that our existence is only a spec of gnat sh!t floating in the Milky Way, and when the Earth has had enough of us, we will be shown the door.

That isn't to say we shouldn't be trying to pollute less, and be environmentally aware, just that we don't control her, she lets us exist, and only for a while.

They obviously cannot do anything to stop the cycles of climate change but by taking funds and resources can manage to ensure they provide the survival opportunity for the select elite.

The facts are that mother Earth has had these cycles many times even before man even existed let alone the industrial age. Simply looking at the ice core data sets from 0-800,000 years of climate history Here is an easy graph to see for yourself that climate change is a reality and mankind will need to focus on how to survive vs how to stop it.

posted on Feb, 21 2019 @ 12:10 PM
link
There used to be something called survival of the fittest and natural selection.

Absolutely nothing. Just sit back and enjoy the cooling effect of the little ice age that we are entering.

Now if they want to do something to make the air, water, and soil on earth cleaner then that's another discussion and something I would support (IF they were honest and not another get rich or gain power scheme for politicians and greedy CEOs).

I was thinking a production test. A negative production and poof....you is gone. So yeah. Ill go. Just get me drunk first.

posted on Feb, 21 2019 @ 01:12 PM
link
Al Gore has gotten very wealthy with this agenda, and scientists go along with him for the grant money.

Climate does change, but there is very little we can do about it. In fact, IF you have been paying attention, we were being warned of global cooling (ice age) until the 1970's.

Climate swings in fairly regular CYCLES from hot to cold and from wet to dry. The move back to the cold phase is already underway, and people are still spouting global warming? Be aware the elite know the situation better than you do, and they use it as a pretext for separating you from you money and your freedoms.

Petrol vehicles need to be made illegal with a massive reimbursement system and/or socialist style replacement of all non-commercial vehicles with electric ones.

Most gas station corporations need to stop selling gasoline because there wont be a market for it, thus being forced to take massive losses, and convert to electric stations while also inevitbly shutting down locations and firing employees in a restructuring process.

Beef as a food source needs to be made illegal and milk products regulated. Cow farts from too many cows is actually one of the biggest contributors to global warming. Citizens should be weened from beef and to a lesser extent milk products as a vegetarian and vegan diet and menu takes hold across the nation through a generation.