The Stupid Politics of Abortion-Look At These Pictures/Videos

page: 1
25
<<   2  3 >>
log in
join
share:
Blue_Jay33
+3 more
posted on Feb, 19 2019 @ 11:26 PM
link
They are not of dead babies but ones that are very much alive, these politicians need more education on the biology of unborn babies.
New 4D ultrasounds bring them to life in ways not seen before.
How can anybody think it's ok to kill these innocent little people that have only the adults around them to protect them. Notice the eyes open in some pictures. It should be required that every woman view a 4D ultrasound picture of her baby before she makes her final decision to abort. 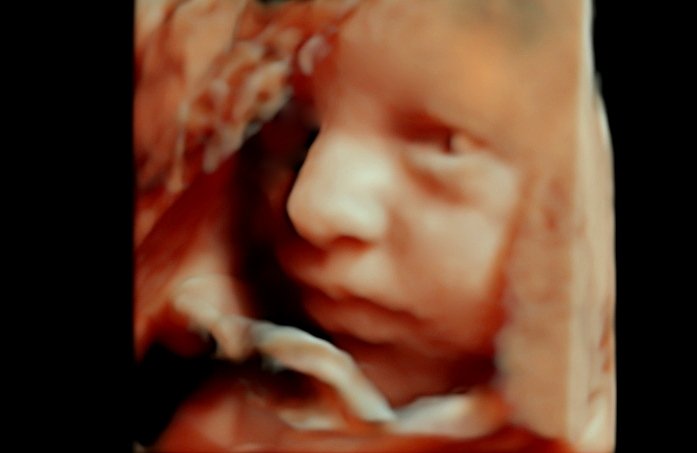 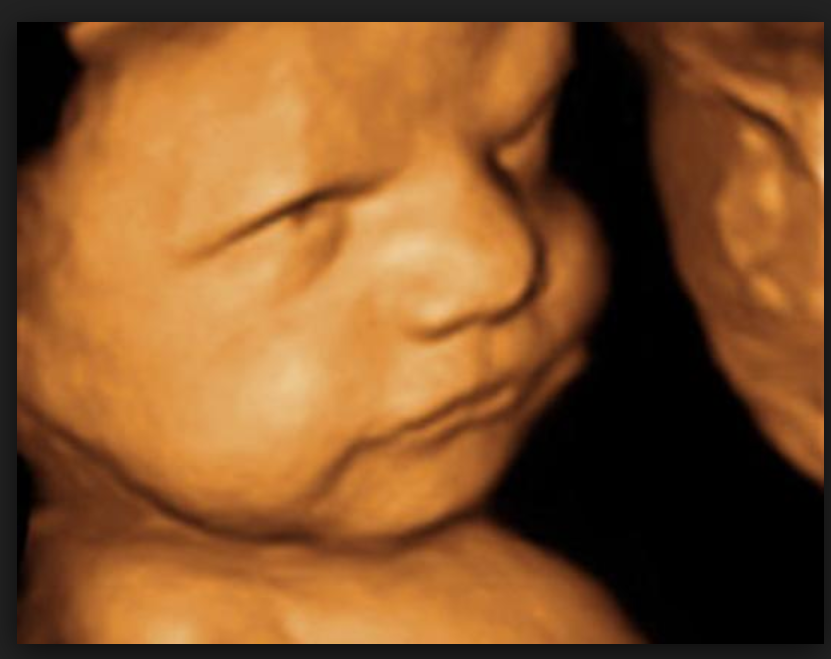 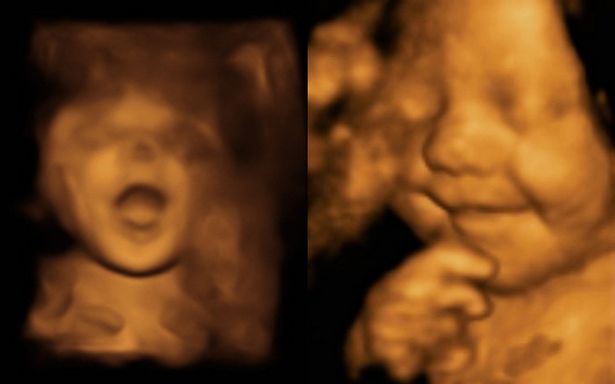 posted on Feb, 19 2019 @ 11:53 PM
link
I'm actually pro-life, but I do agree that a woman does have the right to have an abortion if it is done within the first say three months. And of course, if there is a chance the baby is deformed or it is jeopardizing the mother's life, I can see it being necessary later than that. If someone pays the price, they will find doctors to say the baby is a problem even if it isn't if they want it gone.

posted on Feb, 20 2019 @ 12:10 AM
link
When will murderous infanticide mothers give MEN the right to choose whether the baby lives or dies?

posted on Feb, 20 2019 @ 12:15 AM
link
Imagine killing healthy unborn babies every day and calling yourself a doctor.

edit on 20-2-2019 by BlueJacket because: im wrong, and tired of the endless converstation

This should cut down the number of abortions every year hopefully to zero:

There's 7 billion people on the planet for a reason. I doubt very much people are ever going to stop copulating.

If it lives? Only when the men are forced to pay child support.
If it dies? Never.. it's their right you see, to kill a life that they created.

originally posted by: dfnj2015
a reply to: Tempter

First off, an Amendment would require a whole lot more than a Senate vote... I wish some of you slower people at least had a civics class or two before deciding they should post something they know nothing about.

Secondly, despite your programming to the contrary, not a lot of people want to BAN abortions.

Certainly no Conservative I know.

What we do want is for a legal limit on the timing of it for the purpose of using abortion as an alternative to contraceptives.

Not partial birth abortions, for instance.

Want to hear about that particular procedure?

Partial-Birth Abortion is a procedure in which the abortionist pulls a living baby feet-first out of the womb and into the birth canal (vagina), except for the head, which the abortionist purposely keeps lodged just inside the cervix (the opening to the womb). The abortionist punctures the base of the baby’s skull with a surgical instrument, such as a long surgical scissors or a pointed hollow metal tube called a trochar. He then inserts a catheter (tube) into the wound, and removes the baby's brain with a powerful suction machine. This causes the skull to collapse, after which the abortionist completes the delivery of the now-dead baby.

You're cheerleading for that, I assume?

Now the Democratic party is all in for actual infanticide as well.

I'm pro-choice and have had two abortions in my life.

So stop listening to your owners about what the right wants.

You have no damn clue... but are fine with Pro-Murder, it seems.

originally posted by: Blue_Jay33
They are not of dead babies but ones that are very much alive, these politicians need more education on the biology of unborn babies.

abortions. those scans are of 6 + months gestation fetus and the majority of

abortions are carried out by 12 weeks which is the time line of most miscarriages.

the three month (12 week) when she miscarried on the toilet, needless to say she

was distraught.....she said she looked in the pan and said "thats my baby" and

So stop your stirring and put away your emotive scan pictures.

I think you actually know that you are sitting on the extreme-left of the conservatives on this issue. Your stance is anecdotal and not the norm for the right-wing. Either that or you are not actually listening to fellow conservatives. ATS is certainly full of those that consider abortion outright murder and believe that it should be banned the same way that killing a human that has been born is. I suggest reading their comments.


When the man carries the baby he can do what he likes with HIS body!!!

originally posted by: oddnutz
Imagine killing healthy unborn babies every day and calling yourself a doctor.

for various reasons, instead of watching her die from complications

I was pro choice up to three months, but sorry a baby that can live outside the womb is no longer "her body" and don't give me that BS about a woman wont abort a 6+ month baby that is healthy that has been tested for complications and is also at no risk to her health.

No government should have a right to tell a person what they can do to their own bodies whether you agree with it or not. People abuse their bodies with alcohol and drugs everyday! Some even commit suicide! God gave us the choice of free will. Our choices, good or bad should be between us and our creator.

I believe we make choices everyday to learn from and help improve our spiritual growth. Does being forced to give birth to a child who will be excessively handicapped their entire life really for the child's benefit? Maybe God wants us to make these difficult decisions for a reason? Will a mother really have a love connection with a child whose father was a rapist? Should a mother bring a child into the world she didn't plan on conceiving and once born give them up for adoption?

These same politicians would be complaining about women giving birth to children who are then being sent to adoption facilities. Or women who didn't plan on conceiving a child is burdened by the state to help support the mother and her baby using welfare funds! Over-population will be another problem our government officials will have to address if abortions were made illegal. The same politicians who don't support abortion, are the first to support dropping bombs on innocent civilians or are the first to cast their vote to engage in a war.

don't believe you really care. should i post some photos of us war-crimes? maybe some bombed kids somewhere in the middle-east. i'm pro abortion. its the womens body not yours not mine. its her decision. of course, there must be good reasons to abort. i remember while the jugoslawia war they jailed thousends of women for raping them and make them pregnant to weaken the enemy. what about these women?
edit on 20-2-2019 by oloufo because: (no reason given)


Hype and sensationalism ..... never believe spliced vids only half the story.

posted on Feb, 20 2019 @ 04:31 AM
link
So if a woman knows she (or the father) has some messed up disease or mental issues that she knows close to 100% will be passed onto the child and she refuses to have an abortion "bacawse dats marrrrrrder!" should the child be able to sue her for damages later on when it grows up and realizes it's whole miserable existence didn't have to happen?