The Guardian warns that "online conspiracy theorists" may "break democracy". 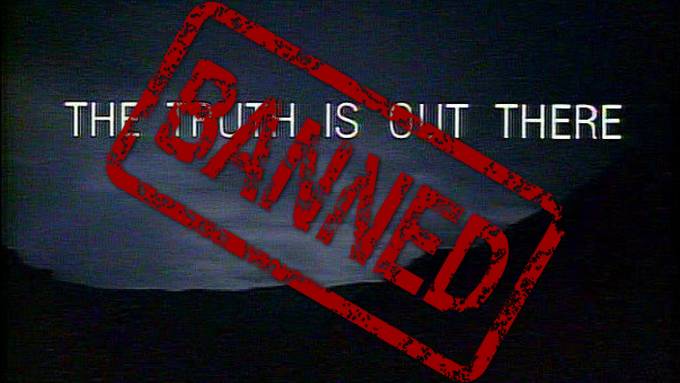 Stop the online conspiracy theorists before they break democracy.

Organised conspiracy theorist networks have launched an all-out information war across Europe. At the heart of this is the QAnon movement.

Look out everyone, someone somewhere might say something which challenges the mainstream narrative.

This time, "conspiracy theorists" are going to destroy "democracy"!

And by democracy, they mean stopping the one world Globalist agenda.

How dare any nation declare its own sovereignty or defy the globalist agenda to empty the Middle East for further land grabs.

Whether you agree or disagree with Alex Jones, he was removed from the major social media networks and it had less to do with being offensive or outrageous and more to do with censorship.

Which is why we have to oppose censorship in all forms.

But as we can plainly see, the attack on free speech is never ending.

Remember, the price of freedom is constant vigilance.

My thoughts, exactly.
They are basically saying that independent thought is a threat to their control.

posted on Feb, 19 2019 @ 01:57 PM
link
I think these days conspiracies spread lots of lies and fake news, it never used to be like this it used to be like this when I first got interested because it was much more of an intellectual pursuit of hidden truth. Sure some of the fringe stuff got pretty wacky but real conspiracies about world events and secret organisations, that was really something. I think 10 years ago we were talking about some really deep stuff that a lot of people on ATS today wouldn't have a clue about because conspiracy theory has sadly been taken over by the alt-right. Lots of the old guard of ATS who used to post massively interesting conspiracies just don't post here and I think there is a reason for that.

I think when you look at what this new conspiracy culture is then I think there could be a case that it undermines democracy in how fake news and fear is spread where as before I believe it was about intellectual thought. We weren't bothered about politics back in the day because we pretty much universally despised all politicians now thats changed.

I don't think its going to break democracy but I could see how it might have an impact on how the workings of democracy potentially.

Interesting conversation all the same, or rather it might have been a few years ago.
edit on 19-2-2019 by OtherSideOfTheCoin because: (no reason given)

posted on Feb, 19 2019 @ 01:58 PM
link
Cannibals, aliens and clandestine lizard overlords. Yeah, Definitely one of the top threats to democracy..

Not sure how they can both start out with that opening statement and also expect anyone to take them seriously at the same time..


Sorry, I disagree. The biggest conspiracy right now is how the media and "friends" is trying to unseat a duly elected president. Prove me wrong.
edit on 19-2-2019 by Jonjonj because: (no reason given)

even the crazy wacked out theories, like the Gulf of Tonkin, MK Ukltra, USS Liberty, Shadow Government, I mean, this lunatic material is bad for anyone to talk about, it could bring about scary things.

Lies and fake news like the Covington HS lies, the Smollett hoax, the DNC rigging the primary, the media colluding with the Hillary campaign?

originally posted by: network dude
a reply to: Jonjonj

You just can't let go of your partisan bollocks for one day can you?

Wtf does "Alt-Right" even mean?
Please explain to me clearly so I can decide whether I'm in that category or not.

posted on Feb, 19 2019 @ 02:25 PM
link
I'm so glad The Guardian is addressing this and not the crumbling state of Britain as a nation thanks to a decade of Tory rule.

posted on Feb, 19 2019 @ 02:27 PM
link
Like most everything conspiracy thinking was a way of breaking away from establishment thinking. If someone thought they smelled a conspiracy they would go out and study it, fill in the blanks sometimes working for years putting together a perspective explaining the who's wheres and whys of the conspiracies and cover ups.

And like most everything else, once the smell of money got too overpowering, the whole field was taken over by money makers. Once the money makers took over it was no longer about looking for truth, but rather SELLING TRUTH. Every little theory was found and when not enough of those were available to sell, others were made up to sell to those who, rather than finding the truth for themselves were willing and happy to just by it. Buying and selling the truth.

originally posted by: OtherSideOfTheCoin
Guys I know that you some of you just love to get all riled up when I post.

You don't care to explain how conspiracy theory is suddenly "Alt-Right"?

You know that right? Or is it "Alt-Right"?