There is something strange about owls

Then theres the Bohemian Grove owl (statue and logo).

There is a theory going around, and like Flat Earth, it's mostly laughable... but, like the absence of photos of the North and South Pole make some go "hmmm" about flat earth theory, this theory is also easy to laugh at and since it its just being fleshed out with a lot of amateurs involved, there are a lot of glaring mistakes, just like with flat earth.

Here's what I think about Flat Earth. Something is possibly being covered up or lied about... There is mysterious activity in Antarctica for certain, But its not pointing to Flat earth. That's just like, a red herring or something.

Well I get similar feelings with this. People say there was a great kingdom of Tartaria and they had advanced Technology like wireless power that Tesla talked about. They say spires on buildings are power antennas, they say that even in places like London and NYC, there was wireless power, and they point out things like Pneumatic subways we had in the past but no longer have, and they say a mudflood happened and the kingdom of Tartaria was wiped out by wars and stuff too...

Almost every detail is easily explained, but there are a few things... Apparently tartarus is supposed to have been just a name for a region and there was no "kingdom", but they have found both a flag, and a kings flag for Tartia listed somewhere and so, if it had a king, and a flag, perhaps it was more than just a sparsely populated region of tribal peoples.

Anyway, the owl on the flag reminds me of the owl logo sometimes used by the Grove (they seem to have more than one?) on their event programs and such.


Some of the stuff seems to tie in with the Anatoly Fomenko group and their New Chronology, which seems to have some basis. Math doesn't lie. Either a strange coincidence of repeating history is happening, or we have overlapped histories meaning that less time has passed than we may be led to believe. The only real reason I can think of is maybe they want us to feel far removed from the time of Jesus? Or the time of dinosaurs? Or the time of...? For some reason?
edit on 2/20/2019 by 3n19m470 because: (no reason given)

posted on Feb, 21 2019 @ 07:32 AM
link
My cousin saw an owl the other day and that evening a family member died. I'm not saying its always like this every time someone sees an owl. Of course someone somewhere in the world will die, hell thousands may die for every time someone is strangely visited by an owl.

We were visited by a Barred Owl one Thanksgiving after dark and watched it in the trees for 30 minutes. In all my life I've never seen any type of owl land in my yard so I thought it was very strange for several days but nothing seemed to happened though I looked for signs and meaning.
Some say if a large owl visits that a powerful Shaman lives on the premises.

Owl visitation and death was at least coincidental enough throughout history that some tribes developed a superstition about random owl visitation signifying death to come.

This story blows my mind here. I've never heard it until today that owls foretold the death of Julius Caesar and several Emporors. I want to look more into those stories.

Owl Folklore
In some places, nailing an owl to the door of a house was considered a way to keep evil at bay. The tradition actually began in ancient Rome, after owls foretold the deaths of Julius Caesar and several other Emperors. The custom persisted in some areas, including Great Britain, up through the eighteenth century, where an owl nailed to a barn door protected the livestock within from fire or lightning.

posted on Feb, 24 2019 @ 02:20 AM
link
Several years ago, I looked after the home of a direct relative while they went away for a spell. In the days before they departed, I stayed at the house and we noticed a Southern Boobook Owl, perched high in a bottlebrush tree in the backyard.
They posited that it was the spirit of my grandfather, come to watch over me and the place for the next while. We didn't really discuss this further and I, personally, didn't think either way about it.
Never-the-less, the beautiful bird remained on its perch for the following 6 weeks, sleeping during the day and keeping watch over the yard at night, leaving for good once my family had returned. While there, I would spend some nights just sitting out on the lawn beneath it, enjoying the soundscape of the night.

Here is the little fella: 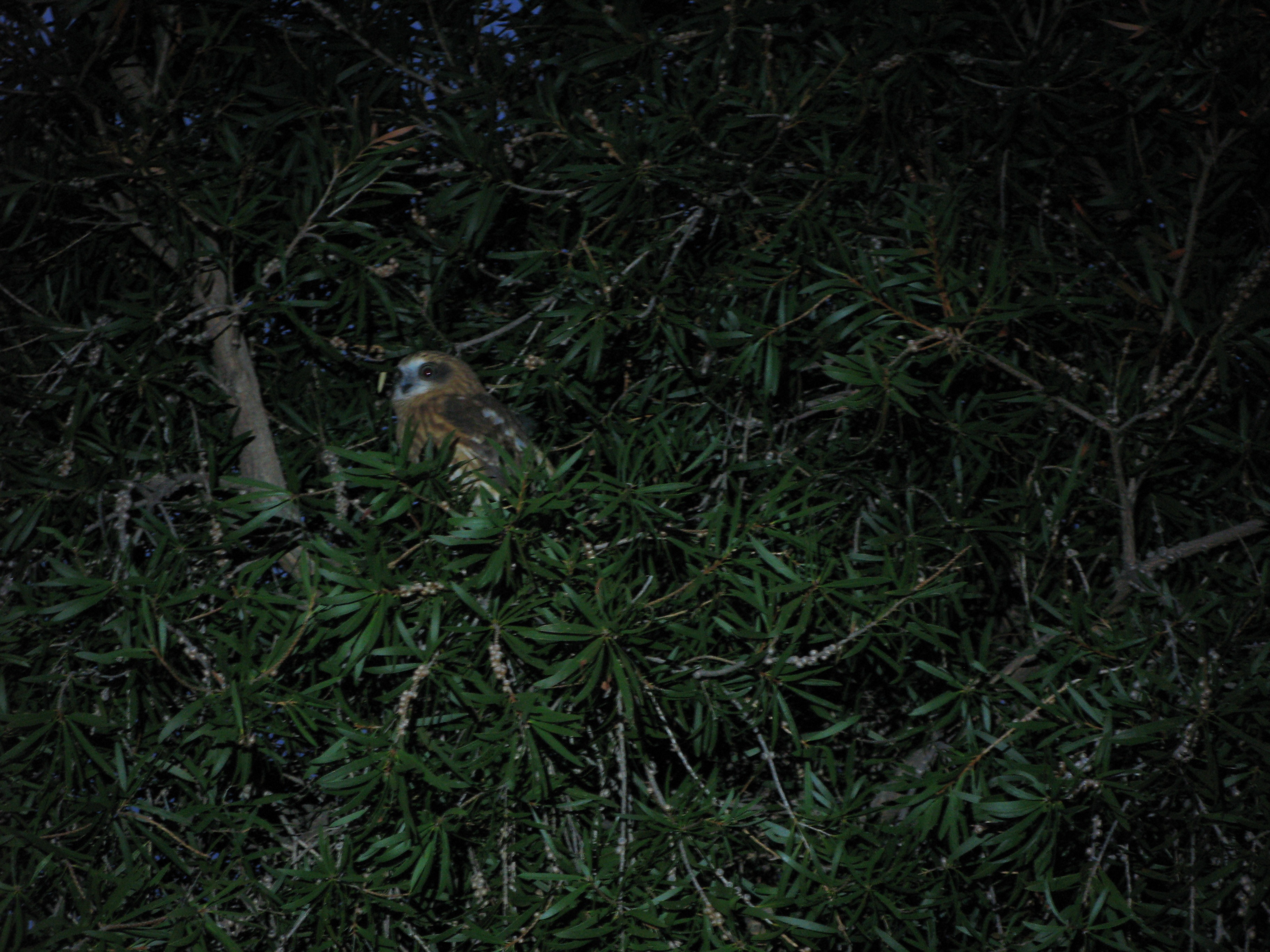 Mike Clelland (paranormal researcher) has written about owls and UFOs etc. Definitely worth a look/listen:

Where did the road go? Mike Clelland on Owls...

There's nothing strange about owls. They are a normal bird. The host evidently has just seen the movie where seeing an owl means aliens.

Not true. What is actually meant by people seeing owls, particularly under strange and abnormal circumstances, are "Screen memories". (Speaking about the abduction phenomenon in particular).

Those who understand and know the abduction phenomenon is a real thing, and those who know the literature about it will know this, and understand what it all means.
edit on 24-2-2019 by NoCorruptionAllowed because: (no reason given)

Have read quite a number of similar global accounts which really do seem like 'screen memories' mate - well said..

I caught one on my surveillance camera swooping in and grabbing a rat or field mouse - silent but deadly!