Maybe he wanted to die so he could be with the 72 virgins....


Do you even know if he was Christian? But yeah, his religion was irrelevant.


Ummm.. yes, he pretty much does. All faithful Muslims - which I think is the vast majority - support, either outwardly or inwardly, the ideology of Islam, which is to take over the world and make it Islam, by any means necessary, including lying and infiltration.

The true peaceful Muslims are just as at risk from the majority as us infidels.
edit on 19-2-2019 by tanstaafl because: (no reason given)

When are we going to get past assassinating people? I know, I know, it's a part of training, blah blah blah...

Our military is not trained to shoot civilians in any country center mass unless our lives are in absolute danger. Why is the police given so much more leeway?

However you look at it, the fact is he was wearing flip flops and moving at a speed of about a foot per second. The officer had PLENTY of time to shoot out both his knees or all four limbs if he wanted to and this guy would be alive today, even without a kneecap or two.

Why the need to assassinate?

Another Palestinian terrorist put down like the Iranian-backed dogs they are.

I suppose now is when the lefties come along and find some way to blame this on the US/Israel while giving terrorist Palestinians a free pass.

Maybe this country will smarten up and stop the flooding/invasion before we become like Europe..... or maybe we'll smarten up and finally take Iran out.
edit on 2/19/2019 by JBurns because: (no reason given)

It wasn't an assasination, it was a defensive shooting against some radical jihadi Muslim terrorist. The same terrorists who engage in the terrorist "BDS" attacks, who chant death to America and promise to wipe Israel off the map. They are the embodiment of evil, and are true enemies of our Republic. Thus far, we've done a great job of killing the enemy. This is war, and in war you kill the enemy period.

Our military is not trained to shoot civilians in any country center mass unless our lives are in absolute danger. Why is the police given so much more leeway?

They aren't. They have the same rights to defend themselves/others as any other citizen. When they feel their lives are in danger or someone else's life is in immediate danger, deadly force may be applied to end the threat. It just so happens that the most effective (and only surefire way) way to end the threat is by 1) destroying the brain/central nervous system or 2) causing enough blood loss for shock

If he wanted to die that is his right. But jumping off a bridge or eating a slug would've been better than threatening public safety and forcing an officer to use lethal force. Either way, his CHOICE to use drugs is entirely irrelevant. He's still responsible for his actions, and when those actions arise to a deadly threat the only appropriate response is deadly force.

However you look at it, the fact is he was wearing flip flops and moving at a speed of about a foot per second. The officer had PLENTY of time to shoot out both his knees or all four limbs if he wanted to and this guy would be alive today, even without a kneecap or two.

What you suggest is a serious crime. Shooting to wound only tells a court that a subject wasn't threatening enough to warrant real deadly force and since any application of a firearm constitutes use of deadly force that'd be a serious mistake. Any person who threatens another with a knife, bomb, car, gun, stick, rock or barehands that is engaging in conduct that constitutes deadly force and the sole/only appropriate response is to employ lethal force to stop the threat.

Why in the hell should anyone wait around and give this muslim terrorist a chance to kill innocents?

Besides, take a look at the "Tueller drill" it will show you exactly how fast someone can close that distance. Hint: it would take him less time to sprint at the officer and stab him/or another person before the officer could even get a shot off. It has happened many times already. Any moron who threatens someone with a knife or other deadly weapon deserves exactly what they get.

And even assuming shooting to wound wasn't a serious crime (to anyone reading: NEVER shoot to wound, this person has no idea what they're talking about) you want him to start taking shots at the tiny arms and legs vs. the large center mass presented? Do you want him to miss and hit innocent bystanders? My concern is for officer safety and the safety of the Citizens nearby. Whether some scum bag America hating terrorist goes home to his terrorist friends and terrorist family means very little to me

Oh wow, you took all that time to spew some hateful rhetoric, explaining how it's ok to assassinate CERTAIN people? 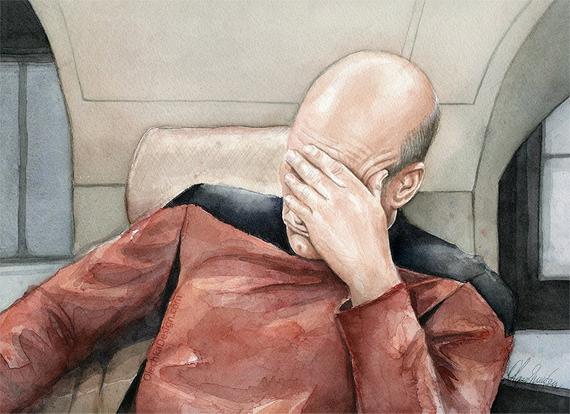 Give me a break

Yes, it is OK to use deadly force against CERTAIN people

Want to know who those people are? I've got a simple formula for you....

Ability + Opportunity + Intent = lawful and judicious use of deadly force

That is to say: If you feel your life is in danger and the person you fear has the 1)Ability 2)Opportunity and 3)Intent to cause you or another person severe bodily harm or death, then lethal force is an appropriate and lawful response to that conduct.

Personally, I don't shed tears for dead terrorists. So yes, I am telling you that killing terrorists and those who pose a deadly threat is A-OK

FYI, nothing hateful about calling out anti-Semitic Palestinian terrorists for their vile ideology and terrorism.

...and may this terrorist never rest in peace. He has joined the ranks of Hitler, Stalin, Moa, Bin Laden... in hell, right where he belongs.

You misused the word "assassinate" again. I'll help you with that

1 : to murder (a usually prominent person) by sudden or secret attack often for political reasons
a plot to assassinate the governor
2 : to injure or destroy unexpectedly and treacherously
assassinate a man's character

— deadly force
: force that is intended to cause or that carries a substantial risk of causing death or serious bodily injury

— justifiable homicide
: homicide that is committed in self-defense, in defense of another and especially a member of one's family or sometimes in defense of a residence, in preventing a felony especially involving great bodily harm, or in performing a legal duty and that is justified under the law

Give it up. Your loaded and intentional conflating of specific terms really betrays your agenda and your general attitude.

Let me guess, you're one of those people who apologize for and make excuses for Palestinians every time they launch a rocket into Israel or throw rocks/Molotovs and potentially infectious bodily secretions at Israeli soldiers.

And now they are here in the States. Thanks Obama! Thanks "diversity" lottery


That was no terrorist. Terrorists have some brains, they make bombs snipe from cover they are shady as F##. They are devious bastards looking for their version of glory with their deaths. They do not call the police and throw gravel then take them on with a pocket knife.

He was retard, idiot, mentally ill or whatever but don't call him a terrorist because that just demeans those who have actually fought them.

I have no pity for the little sh##, but he is no terrorist.

You make a good point

but don't call him a terrorist because that just demeans those who have actually fought them.

Never thought of it that way