I almost cannot believe the clarity and true reporting on this one. They actually tell the truth! I really cannot believe what I have just seen. You have to see this one to believe it. 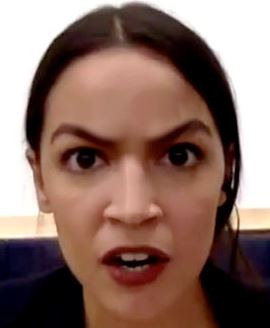 Whoever counts the votes decides the election. Koch brothers decide who wins.

originally posted by: Zanti Misfit
a reply to: infolurker

I don't understand why Republicans didn't pass a law banning abortion when they control all branches of government. Oh wait, abortion will never be illegal because it's the best wedge issue for getting out the vote!

MSM may have new "orders" 😎

Not to mention there are quite a few Progressive RINOS in there as well.

I almost cannot believe the clarity and true reporting on this one. They actually tell the truth! I really cannot believe what I have just seen. You have to see this one to believe it.

Is it just me or do her eyebrows look like horns?

I don't understand why Republicans didn't pass a law banning abortion when they control all branches of government.


Maybe because all abortions shouldn't be illegal?

Republicans don't vote in as solid a block as Democrats do. I think that means they actually try to think about what they're voting on. Weird concept if true, ain't it?

posted on Feb, 18 2019 @ 12:06 AM
link
As I've said before, I'm not even against all of their ideals. I am against how they plan to go about executing those ideals. That is one thing Obama couldn't never wrap his head around because of his blind idealism: how you go about effecting change is just as important as the why. Simply because him and many people like him on both sides of the spectrum think that politics is a zero-sum war game where there are winners and losers. But in that type of game, there are no winners, only losers. As Obama found out the hard way because in his massive blind spot was hiding an orange menace hellbent on doing nothing but devouring his legacy like something out of Stephen King's 'The Langoliers'. All of this because of a fundamental lack of understanding in causality.

It is also no coincide that autocratic opportunists the world over made their hay when the most blinded ideologue in recent American politics was in the White House. Opportunists love ideologues. And this new breed of ideologue spawning on the left make Obama's blindness out to be like a beacon in a dark, stormy sea. Why do you think it is that they are so wildly inaccurate in describing their opposition? I don't think it is out of knowing malice. It's sheer ignorance. They can't see them.

This is why if you support something like the idea of healthcare reform. It is imperative that you reject the progressive movement. At least in its current form of bend the knee or else. A Bernie Sanders is just as deleterious to a lasting solution to healthcare reform as a Donald Trump. Trump favors stagnation and not moving forward and ignoring the problem. While Sanders champions grabbing the problem firmly in both hands and then running over the edge of a cliff and free-falling into a 1,000 foot drop.

Let me put it this way. If Donald Trump was the swift reaction to Barack Obama then what do you think will be the response to an uncloaked far-left socialist president? How hard and swift will that reaction be? Do you think any policy that president puts in place will withstand that response? The only chance it would have is if it were done so through totalitarian measures and then our democracy is lost either way.

Just look at the Green New Deal. It should be called the Venezuela plan. Because that is how it is structured. It is the same kind of quicksand that just sunk what should have been the most prosperous country in South America. Do you really want to risk the hope of true, meaningful healthcare reform by entangling it into something as precariously put together as the Green New Deal? That is not how it is done. No other country that has universal healthcare has done it this way -- except maybe the Nazis. It is literally putting a gun to your head and spinning the chamber. It is insanity.

The best thing the democrats can do in 2020 is run a moderate candidate on a platform of calm, reason, unity, and stability. This will in actuality pacify the right more than the left and this candidate will waltz into the White House in a landslide victory (as long as the far left doesn't lose their cool and write-in Sanders or Warren). With most of the reasonable right pacified, the far left will still feel the need to run their candidates in the following mid-terms - and they will win there too. Then there will be a large number of progressives in the legislature and a center-left president in the White House. That is how you get your progressive ideas to come to fruition. The biggest lie being told right now is that we need a single progressive messiah to win the White House and bring their vision into reality. But that won't be the case, because what did we already learn earlier? Oh yeah, causality.
edit on 18-2-2019 by sooth because: (no reason given)

Is it just me or do her eyebrows look like horns? I do see a bit of a family resemblance... 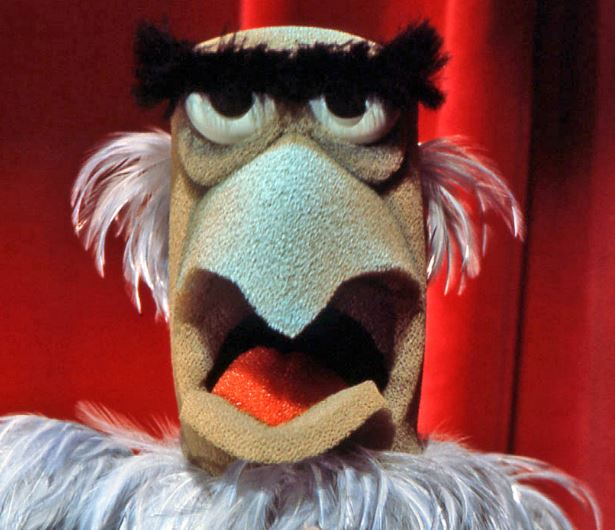 That one actually reminds me of Creepy Uncle Joe Biden.

posted on Feb, 18 2019 @ 12:24 AM
link
I think she's going to win a senate seat next as the conservative's are making her super popular with the progressives in the same way the Democrat's made Trump popular with Republican's

but alas, everyone is so partisan they can't see the forest from the trees, oh well not my problem yet

originally posted by: toysforadults
I think she's going to win a senate seat next as the conservative's are making her super popular with the progressives in the same way the Democrat's made Trump popular with Republican's

but alas, everyone is so partisan they can't see the forest from the trees, oh well not my problem yet

She might not even have a district to run in the next time around if the Democrats do what has been talked about.