When it collapses, it's game over for good. The rest of the world will see to that, it will be like piranha on a pig carcass. Sad but true, ask the Roman Empire. Oh, that's right, you can't......


In the information age, the word rural is pretty much worthless.
edit on 1622019 by Wide-Eyes because: Missed letter

originally posted by: mamabeth
This is not the full title of this article,it was too long to post as the thread title...
I just finished reading this article and really liked issues that were brought up.The
article basically details how our freedoms are slowly being trodden upon by those
who mean us harm.
www.paulcraigroberts.org...

G'day MamaB...It's never too late they say...but I think "restore" is a returning to what was once normal...and nothing is normal any longer...advances in everything make it a different world entirely.

Today's America is so close to the end...turning back will only face our enemies coming forward...and we are there now....

Proud to be an American... dissolution as to being "human"...disappointed as to man being complacent to his fellow man.

*These and other news tonight at 10 following "The Kardashians"...

I've quoted musician Frank Zappa many times for his advanced yet simplistic observations of the human condition. He has a song on Mothers of Invention's 1st album called "Help, I'm a rock".

Ponder that title a bit...hard, one piece, never changing, unable generally to change, tomorrow the same as today was the same as yesterday.

Impossible? No. Likely? No. Not without an intervention of man, machine or natural or un-natural force.

So, America to be restored? I think it may be too late...or not yet the right time, for the right reasons.
edit on 16-2-2019 by mysterioustranger because: spell

Defeatist attitude? If anything, that opinion is probably the toughest of all to digest and implement. It means that instead of just getting of your rear end once or twice every 4 years, casting a ballot and going home and then pretending it accomplishes something, realization that if this freedom is worth fighting for, it will be very very hard.

What does all of MSM spout out, that voting matters. That educating yourself on the politician's issues and voting is all that is needed. So what happens if their message is completely different compared to their actions? Then what? It seems like powers that be really like our current voting system. I wonder why?

The toughest thing to do is come to the realization the entire system is corrupt, both sides and the politicians simply use the D & R tags to fool us. They are all the same. Once this realization is made, there is nothing but bloody tough steps available to remedy this. Those in power are not going to give up this game so easily.

originally posted by: infolurker
True, and if they succeed with disbanding the electoral college and rely on the popular vote, the mega cities and coasts will drain the rest of the country like a fat leech.

I see you have watched the series "Hunger Games"...

One viewpoint on the eventual outcome of a "Democracy" in America.

Probably a realistic one, tbh..

originally posted by: Irishhaf
Easy answer is no, we still have all the tools needed to enact change or even force change.

The problem is people, getting people to read more, turn off the TV and talk to each other so we can learn that neither party is the right path.

If the people talk, the people will bond and then the fed would be screwed, if only people would get off their phones and talk.


We have just had a national debate on whether walls work or not.

Nah... the indoctrination is complete and it's time to just let things wind down to the inevitable end.

After that, the survivors can have a much more productive debate.

They sold their soul to the devil... they'll never get it back.

posted on Feb, 16 2019 @ 12:50 PM
link
Restore? Restore to what. America prior to world war II when the Great Depression was in effect and most people had no work? Certainly this is not what we want to restore to.

America after world war II when the rest of the world's industrial base was ground to dust and American products were basically the only products available in the WHOLE WORLD. A time when males had to follow a limited dress code and women were for the most part kept at home? The America, though riding high on manufacture and a monopoly on world distribution still kept Americans of African decent out of the process and benefits of that age? Kept them out of national sports. Kept them out of restrraunts and gave them segregated toilets? Surely not.

How about the 1960s when the only information available to people was three TV networks, the local news papers and weekly magazines. That America began to disolve when information began to grow exponentially causing people to diverge in their base assumptions on existence?

Or how about some mythical time in the past when there was no electricity, no interstate highways, no cars, only horses and wagons etc. Oh please not that.

My point here being that America cannot and never could be restored as any historical America we can envision without slipping into fantasy illusions of some perfect past was built upon a vast spectrum of evolutionary, social, financial, religious etc constructs. Those constructs are either now gone or at best lost in the history of current day progress.

Those factors that helped to establish any America of the past have changed and so any future of the US depends upon the factors of current reality.

And those changes in technology that have completely changed the landscape of what is ''normal'' in America have not, and will not stop. American industry will not stop looking for the newest trinket to lure consumers. So restoring seems to me out of the picture. I think it was one4all on the first page who summed it up by saying ''restored'', not, but re-invigorated.
Maybe, hopefully.

Except we have gotten to the point where the votes don't actually matter anymore...

What matters is who is counting the votes.

Look at the last Presidential election, for instance.

We had the police arm of the party in power (FBI, CIA, DOJ) doing opposition research FOR THE PARTY IN POWER to attempt to change the course of the election.

When that didn't work, the police arm of the party in power then attempted a coup on the duly elected President.

This is still ongoing.

And a full quarter of our population not only is fine with that level of corruption, they fight for it.

We live in a police state now, by definition.

Isn't investigation into these matters a good thing to correct any issues? When will the Mueller report be made public? What is being done about cyberspace security now that tampering is suspected?

Outdated machines are/were counting the votes, but tampering has been ruled out.

If I am still around if or when TSHTF I'm glad I'm not a city dweller.

But let's face the truth that our Constitutional Republic has already bitten the dust.... The rest will certainly follow in time.

Edit: Solar flair or an EMP may get us before our government does.
edit on 16-2-2019 by CharlesT because: (no reason given)

They may have sold THEIR soul but they sure as hell didn't sell mine...

America never belonged to them in the first place BTW. 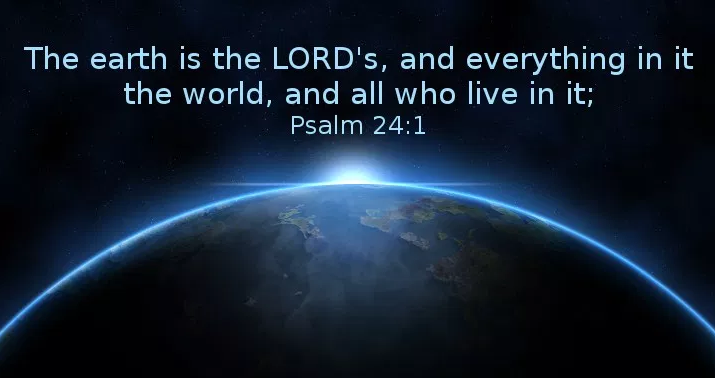 Hope springs eternal in the human breast, however, and while there is life, there is hope.

As to what it will look like... there are several possibilities. I honestly don't know.
But whatever happens, I have done what I could. I raised my kids with the will and guts to survive. If I die tomorrow, I will have lived more in my life than 90% of the people across the globe. My soul is safe; what happens to my body is irrelevant. If I survive the coming storm, so be it; I will help rebuild from the ashes. If I do not survive, so be it; my progeny will.

Just another untold story among billions in a history written by those who cannot remember it.

The story of mankind.

posted on Feb, 16 2019 @ 01:08 PM
link
Yes it's too late.
Americans allowed globalists to flood the country with illegal aliens and skewed legal immigration towards countries that don't embrace America. Critical mass has already been achieved, so America is gone.

originally posted by: Lumenari
a reply to: Wide-Eyes


That's a good point. What I meant was, no one is anonymous anymore. Big brother sees all no matter where you live.

I envy your position though.

originally posted by: UKTruth
Yes it's too late.
Americans allowed globalists to flood the country with illegal aliens and skewed legal immigration towards countries that don't embrace America. Critical mass has already been achieved, so America is gone.

We probably equal the US with illegals relatively.

US taxpayers each owe $180,000 when we look at our $22 trillion national debt. And that doesn't include unfunded liabilities like social security.

We also see this seething hatred between the left and the right and illegal immigration flooding into our country and you have an inevitability of this nation collapsing unless we get the debt under control, can find civility again, and improve our border security

I'll agree with the statement in general; with one caveat...

Local elections e.g. where judges are voted in by 100's of votes or local propositions by 1000's is the problem. National elections, people show about half the time, local and state far fewer and skipped when on major balloting.

If the other half, got out and voted (off their arses) diversity would follow...in a federal republic representation will follow voters, less voterers; uninformed voters is zero to no representation